WASHINGTON, D.C. – Advisory Council on Historic Preservation (ACHP) Executive Director John M. Fowler has announced he will retire on January 2, 2021. Fowler has served as executive director since 1997 and has worked at the ACHP since 1972. He previously served as the ACHP’s general counsel and deputy executive director. In 2010, his service was recognized with a Presidential Distinguished Rank Award. 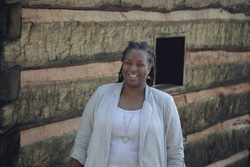