Preservation Leadership Forum invites you to read the latest Forum Journal, Fifty Years of Heritage So Rich: The National Historic Preservation Act (NHPA). In this issue, we seek to represent the breadth the NHPA and the programs it initiated, examining its many accomplishments as well as its unfulfilled potential. The Journal is a benefit for Forum members, but is available for full access for a limited time. The ACHP is pleased to point out an article written by our Director of Preservation Initiatives Ron Anzalone in the Forum Journal. 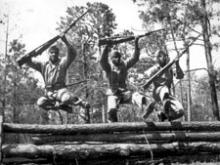