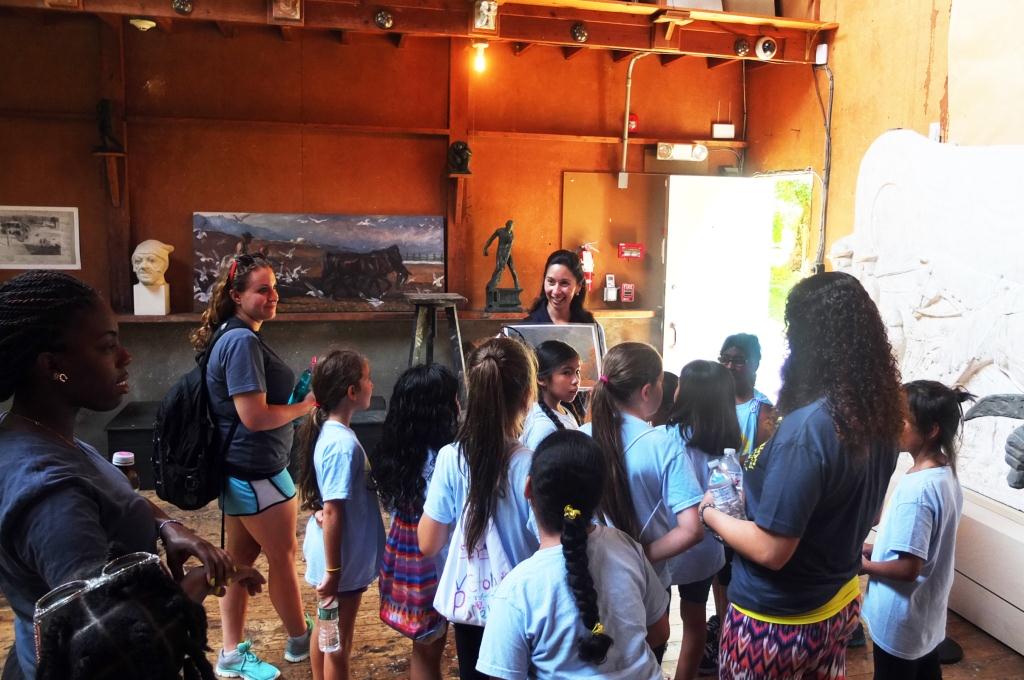 A Weir Farm volunteer guides a group of Girl Scouts through the Young Studio.
SHARE

Weir Farm National Historic Site is the only unit of the National Park system dedicated to American painting. Weir Farm was home to three generations of American artists starting with Julian Alden Weir, a leading figure in American art and the development of American Impressionism, who acquired the farm in 1882. The complex of 16 historic buildings and 60 acres of surrounding cultural landscape became a National Historic Site in 1990. Through the Volunteers-In-Parks Program, volunteers are playing a key role in interpreting this important historic site.

The Weir Farm Studio Docent Program trains volunteers to help visitors in learning about the Weir Studio (1885) and the Young Studio (1932). These historic buildings, along with the Weir House, reopened in 2014 following a 10-year, $8 million restoration. The studio docents provide more than 1,560 volunteer hours per season, time which is valued at close to $42,000. The park's budget simply could not pay for these services, so interpretation of the studios is contingent on the site's committed volunteers.

Studio docent volunteers go through a rigorous training program in interpretation, facilitated dialogue, visual thinking strategies, and informal visitor contact techniques. Volunteers are encouraged to create their own unique interpretation of the studios. Using an audience centered approach, docents mold each visitor interaction based on their visitor audience.