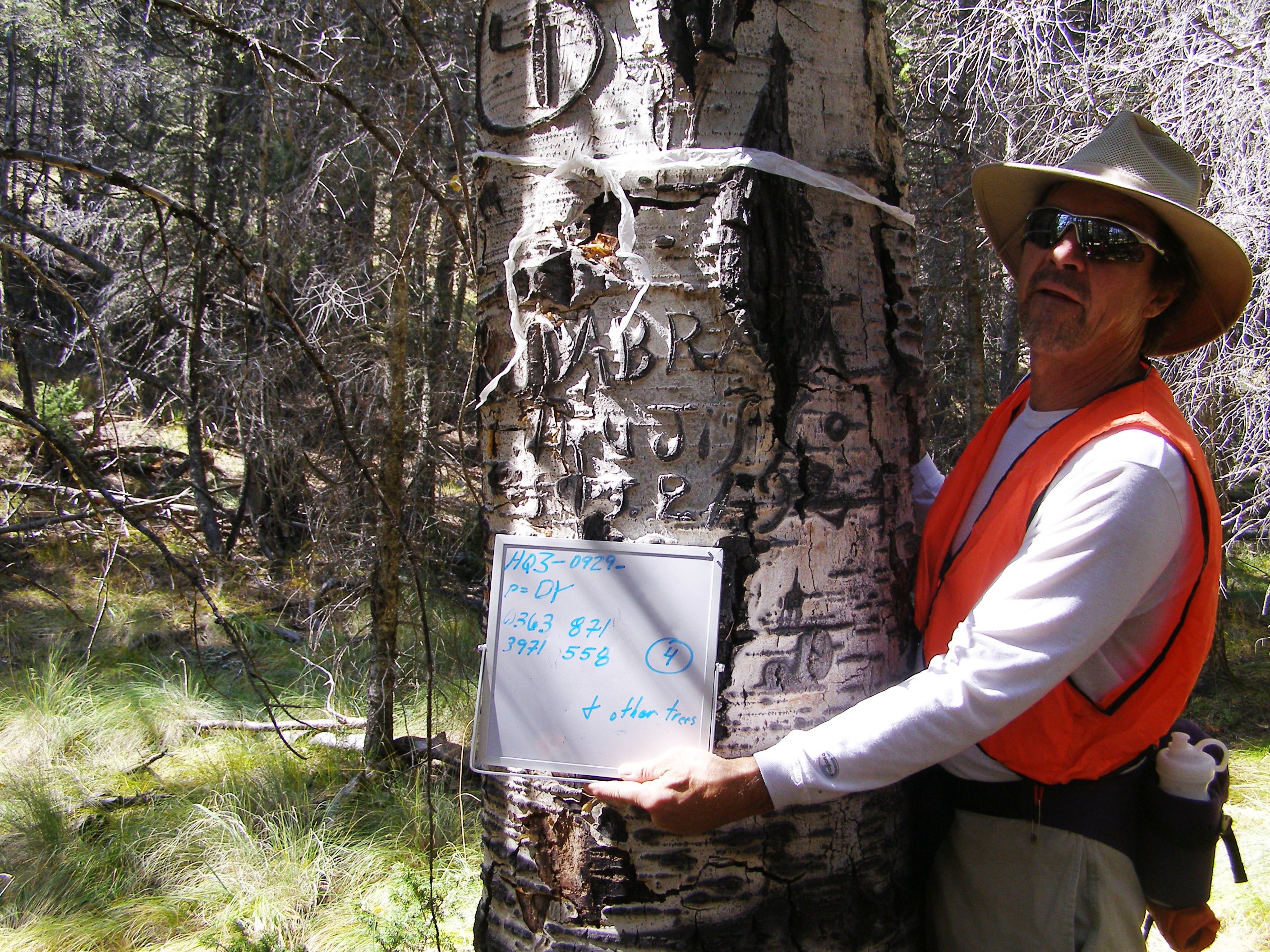 A volunteer helps document an aspen carving by Abran Trujillo from circa 1941.
SHARE

Valles Caldera Natural Preserve has messages from the past on the very bark of some of its aspen groves. Sheepherders, loggers, and hunters, who once used the land, carved words and pictures on the trees. Known as dendroglyphs, these carvings are a rich source of information about 20th century land use. Carvings often provide a precise date and the carver’s name and hometown, giving information on families and communities otherwise largely undocumented in regional histories. The earliest carvings are from the 1910s, and the preserve has many carvings from the 1930s and ‘40s.

The aspens and their carvings are increasingly at risk from wildfires, disease, aging, and especially from damage caused by the large elk herds that live in the preserve. The elk gnaw on the aspen bark and obliterate the dendroglyphs. As the elk populations grow, damage is accelerating, and it is increasingly important to document the carvings before they are lost.

The Aspen Dendroglyph Survey is a completely volunteer effort that began in 2008. So far, the volunteer crew has surveyed 2,000 acres in four areas of the preserve and another 450 acres of adjacent National Park Service and U.S. Forest Service lands. So far, volunteers and staff have recorded 465 dendroglyphs.

The survey provides complete training for team members at the start of each season, and the public is encouraged to report new carvings spotted during recreational activities. Results of the survey are being incorporated into interpretive materials in guided and unguided hikes and at the visitor center, and a planned hiking trail will specifically visit carved aspen locations.