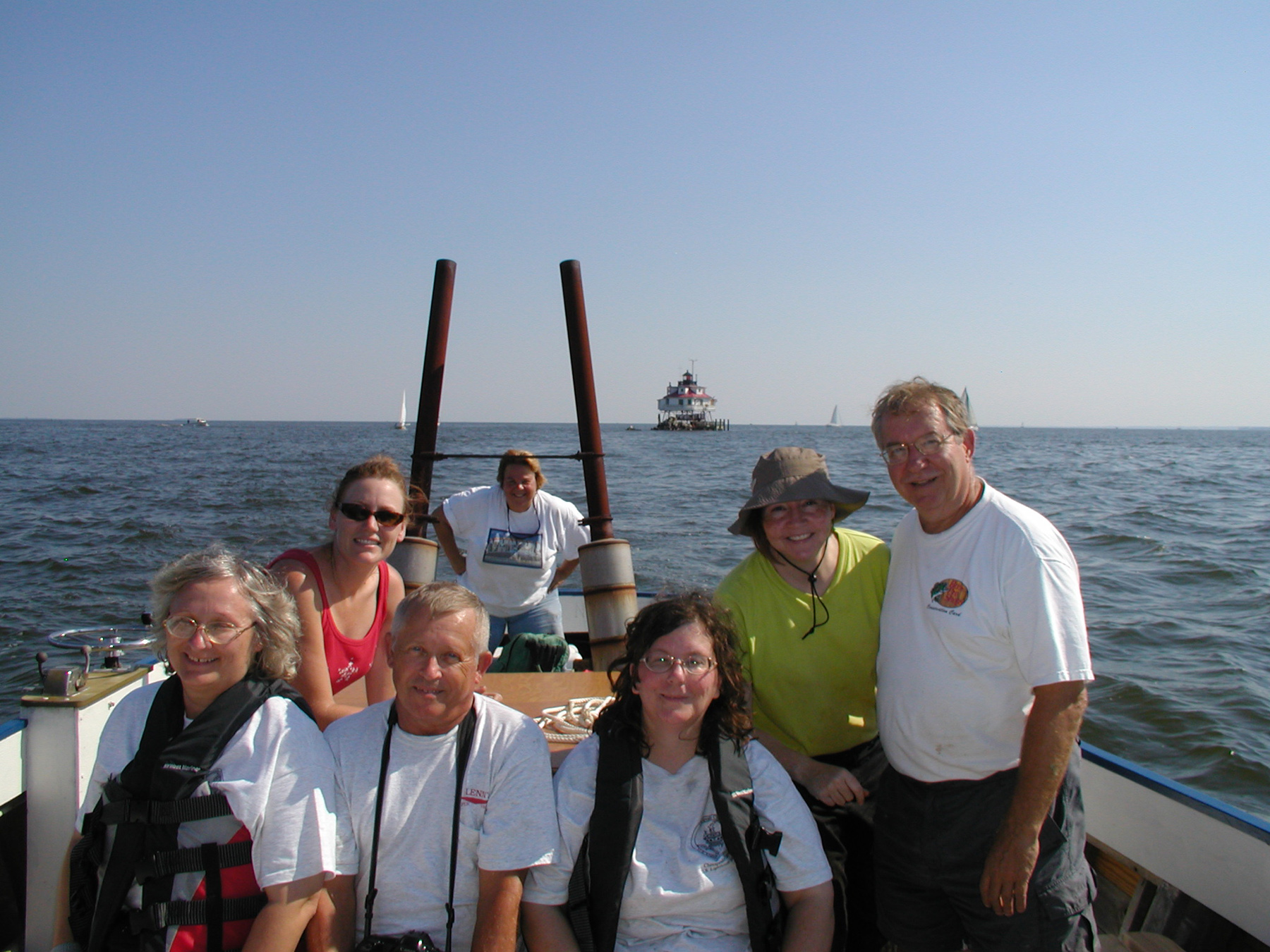 Volunteers of the United States Lighthouse Society (USLHS) are involved with the preservation and interpretation of the Thomas Point Shoal Lighthouse, a National Historic Landmark that is located about 1-1/2 miles offshore in the Chesapeake Bay. In 2004, the USLHS formed a partnership with the city of Annapolis, the Annapolis Maritime Museum, and Anne Arundel County. Through this partnership, ownership of the lighthouse was transferred from the federal government to the city of Annapolis, although the United States Coast Guard continues to maintain an active aid to navigation onsite. Responsibility for maintaining the lighthouse was then given to the USLHS through a 90-year-lease from the city.

The vast majority of all preservation and interpretation at the Thomas Point Shoal Lighthouse is completed by USLHS volunteers. Since 2004, volunteers have developed a comprehensive site assessment and preservation plan, removed all modern fabric and furnishings, replaced 500 linear feet of wooden siding and decking, installed new windows and doors, and completed lead paint stabilization. In 2006-2007 alone, volunteers contributed 3,000 hours of time valued at approximately $100,000. Volunteers have also completed extensive research on the building and conduct public tours.

The USLHS provides training for its volunteers. The National Park Service Historic Preservation Training Center educated 50 volunteers on the basics on preservation. Four USLHS volunteers were professionally trained and certified to conduct lead paint abatement. Another member was trained in historic window restoration. Other volunteers have attended short training seminars or conferences.