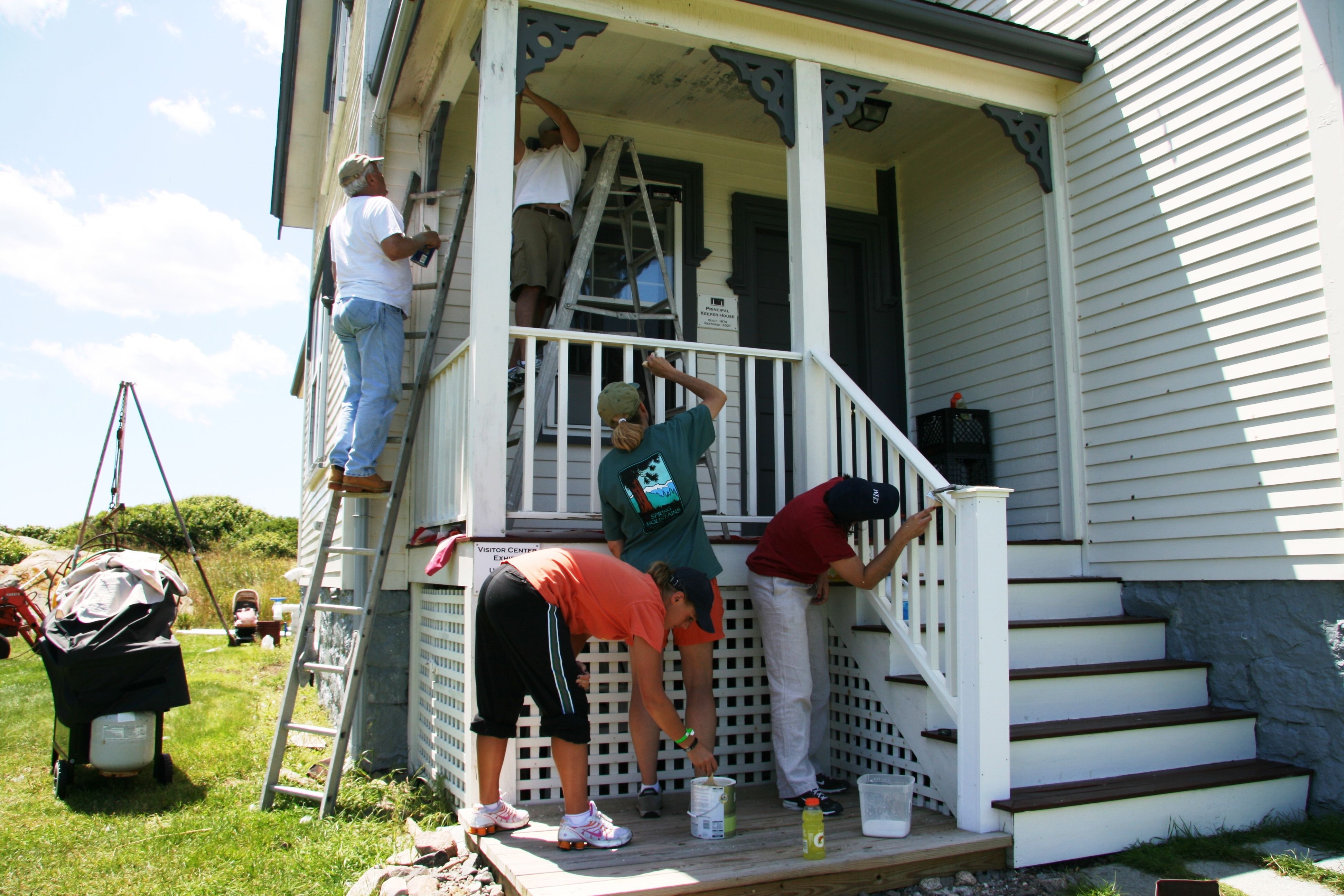 The Thacher Island Association (TIA) was formed in 1980 to preserve the Cape Ann Light Station on Thacher Island, which is located about three miles offshore of Rockport, Massachusetts.  The island is notable for having two lighthouses located approximately 300 yards apart that are America’s last operating twin lighthouses. The Cape Ann Light Station was designated a National Historic Landmark in 2001.

Ownership of the historic light station is split, since about half of Thacher Island is owned by the Town of Rockport, and the other half comprises the U.S. Fish and Wildlife Service’s Thacher Island National Wildlife Refuge. These local and federal land managers partner with TIA, which raises funds for maintenance and preservation of the historic structures and coordinates the work of over 50 volunteers.

Volunteers undertake restoration and maintenance work on the island’s 10 historic buildings, including carpentry, electrical and plumbing work, painting, roofing, and general upkeep. They also maintain three miles of trails on the island. Volunteers bring visitors to the island by boat three times a week in the summer for guided tours. Annually, volunteers donate over 3,000 hours valued at approximately $150,000.

Volunteers also work to encourage companies and other organizations to do community service projects on the island. For example, volunteers coordinated design and installation of a solar panel power grid by students of Tufts University’s Electrical and Mechanical Engineering School.