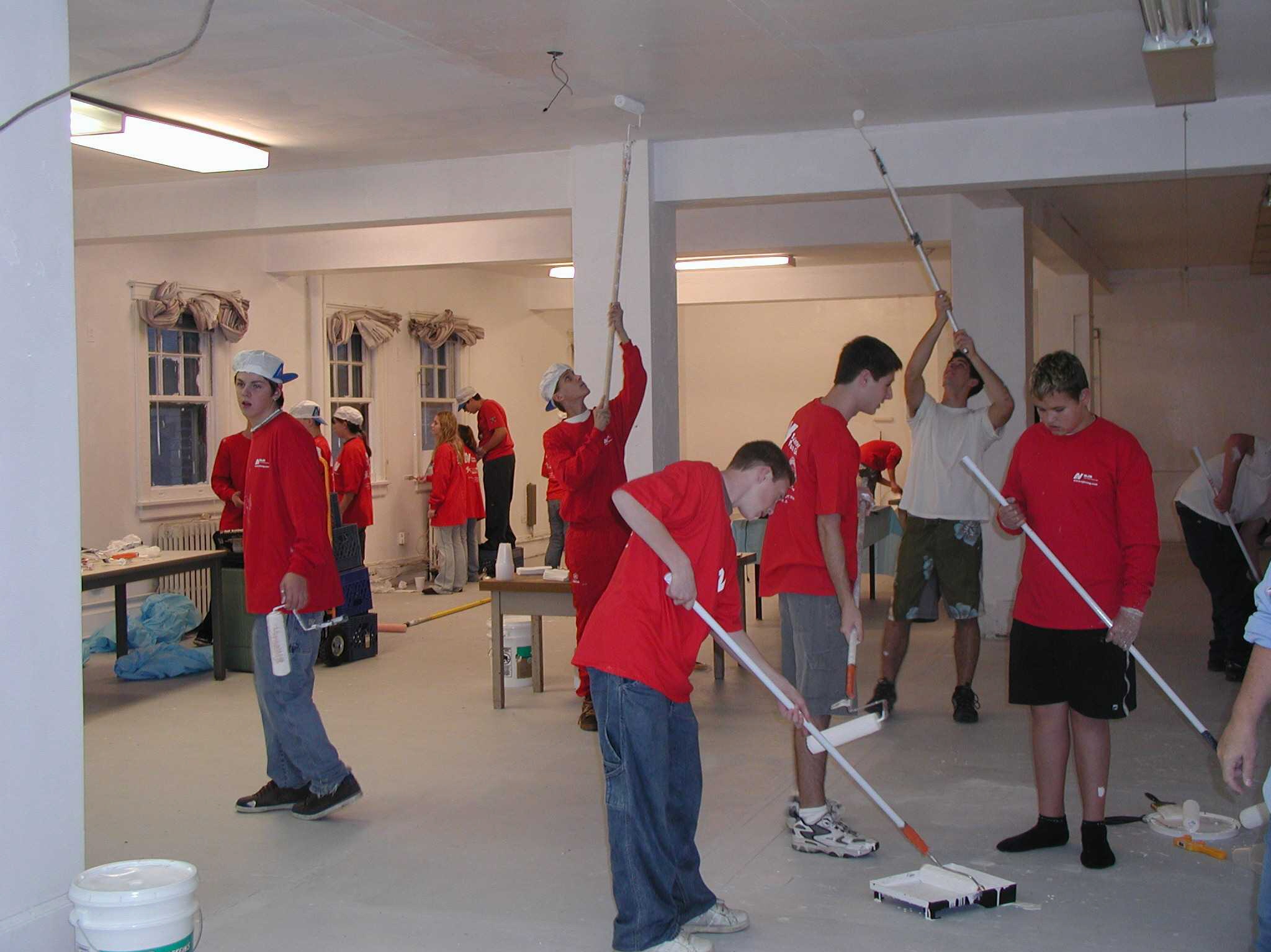 The volunteers of the InfoAge Science-History Center aim to ensure the continued use and preservation of Camp Evans, a World War I Marconi Station and World War II radar laboratory. When Camp Evans was threatened with demolition in the 1990s, local citizens rallied to advocate for preservation of the site. They helped prepare a preservation plan, obtained listing of the site on the National Register of Historic Places, and prepared a successful application to have the property transferred from federal ownership to Wall Township.

By 2002, the site had deteriorated to a point where hazardous protection equipment was required for entry. Volunteers worked to eliminate the fungus infestations and completely repaint the interiors and exteriors of all 11 buildings. Volunteers continue to clean, repair, and landscape the site on a regular basis. Through these efforts, InfoAge has restored three of the Marconi Wireless transatlantic station buildings, five World War II radar laboratory buildings, and an early space age satellite tracking control building.

Volunteers also interpret the site for the public, helping visitors understand the early history of technology. Docents show visitors how the technology developed at the site was used during the two World Wars and the post-war period. Volunteers also create exhibits, repair equipment, and maintain an extensive archive and library.

Youth volunteer efforts have also had a major impact. Several young men have earned Eagle Scout status by completing projects at the center. Several youth groups, including students from the local high school, work on painting, grounds care, scanning documents, and other improvements.