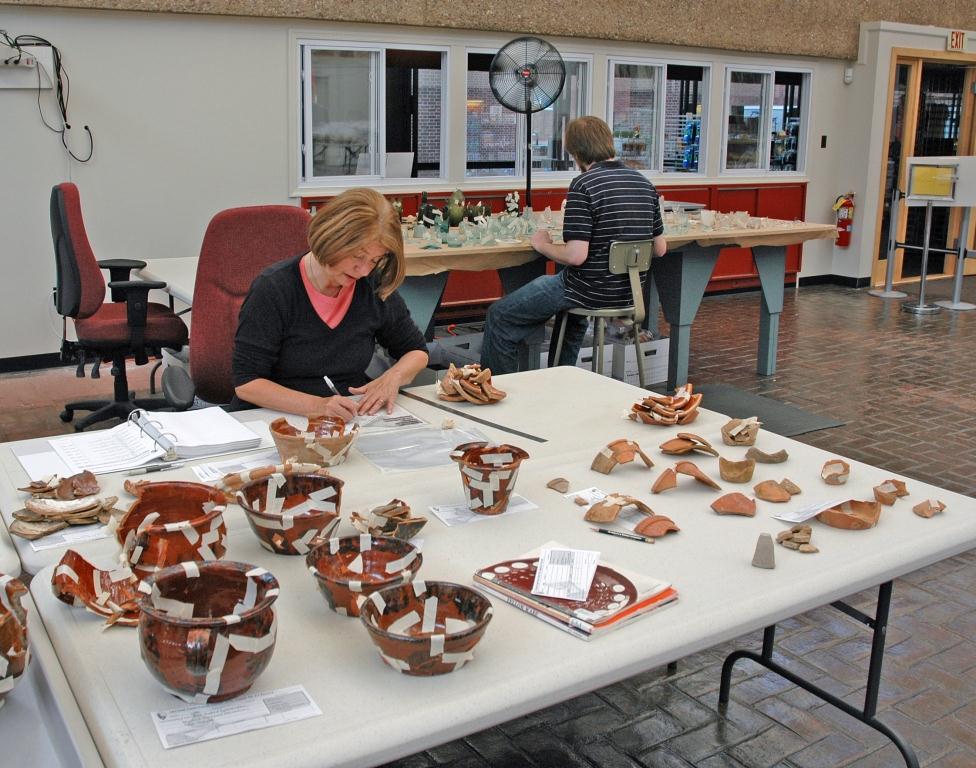 The Independence Living History Center Archeology Laboratory was created to process, catalog, and analyze artifacts found during the 2000-2003 excavation of Block Three of Independence Mall, now home to the National Constitution Center, a private, nonprofit educational institution. This was one of the largest archaeological projects in the history of the National Park Service, resulting in the discovery of hundreds of archaeological features and the recovery of more than a million artifacts dating from prehistoric times to the mid-19th century.

The volunteer component of this work officially began in March 2007 and has proved to be invaluable. To date, volunteers have given more than 17,500 hours of work and processed an estimated 250,000 artifacts, saving the National Park Service more than $400,000. Total project savings are expected to exceed $1 million by the time the project is completed.

The laboratory also welcomes tens of thousands of visitors each year to learn more about archaeology at Independence National Historical Park. This raises awareness of archaeology and cultural resources and conveys a powerful message of preservation as a civic activity.