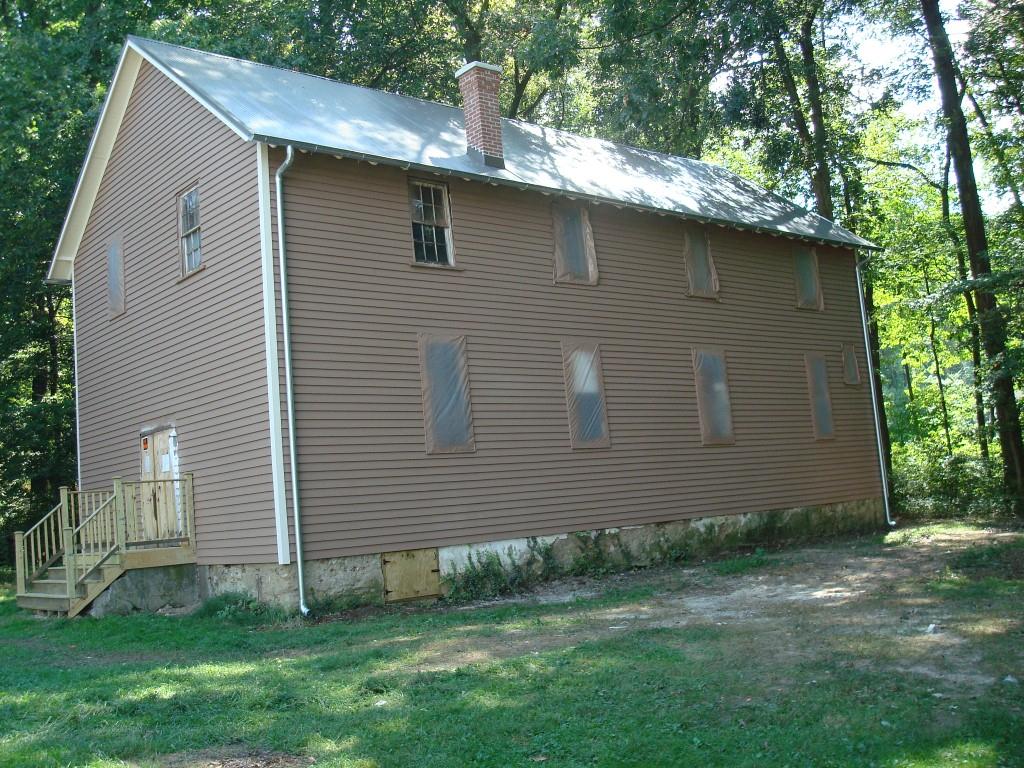 The historic Odd Fellows Lodge in Sandy Spring, Maryland, is a two-story, gable-fronted frame structure that is an important part of the area’s African American history. The Odd Fellows national organization was originally a white fraternal society, but in 1843, a new branch, the Grand United Order of Odd Fellows, was chartered that allowed African Americans to join.

Sandy Spring’s Odd Fellows Lodge was built sometime during the 1920s, serving as a social hall for its members, as well as place of worship and an educational center. During segregation, the lodge was the only social gathering spot open to blacks in the Sandy Spring community. The lodge also provided health and life insurance to its members, who paid fees in exchange for coverage of their medical and burial expenses.

The lodge closed in 1975 and had deteriorated significantly by 2005 when the Odd Fellows Lodge Preservation Committee of the Grand United Order of Odd Fellows (Sandy Spring Lodge #6430) was created. The committee was able to secure private funding, a state bond bill, and a county grant to complete Phase 1 of the building’s restoration, a major exterior renovation to prevent collapse. Most of the restoration work was done by volunteers.

Phase II includes installing interior finishes, window and door repair or replacement, and HVAC, plumbing, and electrical systems, as well as other improvements. The restored lodge will target all ethnic groups in the county, aiming to provide education and multicultural understanding.