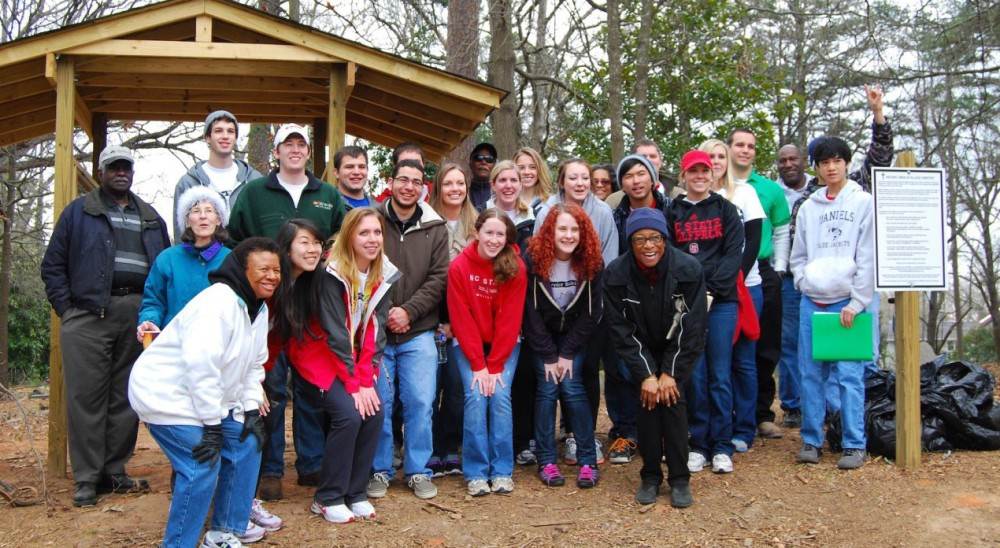 Preservation of the Oberlin Cemetery

All planning, correspondence, promotion, and activities of the organization are carried out by volunteers. Two or more cemetery clean-ups are carried out annually by volunteers, including North Carolina State University students, local high school students, and Boy Scouts. Boy Scout volunteers built an interpretive visitor kiosk and benches. Interpretive kiosk information, a brochure, and a video are the product of volunteer efforts. In addition to preserving and maintaining the cemetery, Friends of Oberlin Village are collecting reminiscences of descendants of Oberlin Village founders and other longtime residents.

The cemetery is the last resting place of the first African American North Carolina state senator; the founder of the educational organization that later became North Carolina Central University; a Buffalo Soldier; and a number of individuals prominent as educators, clergy, entrepreneurs, and political leaders who could not be interred in white cemeteries during the days of segregation.