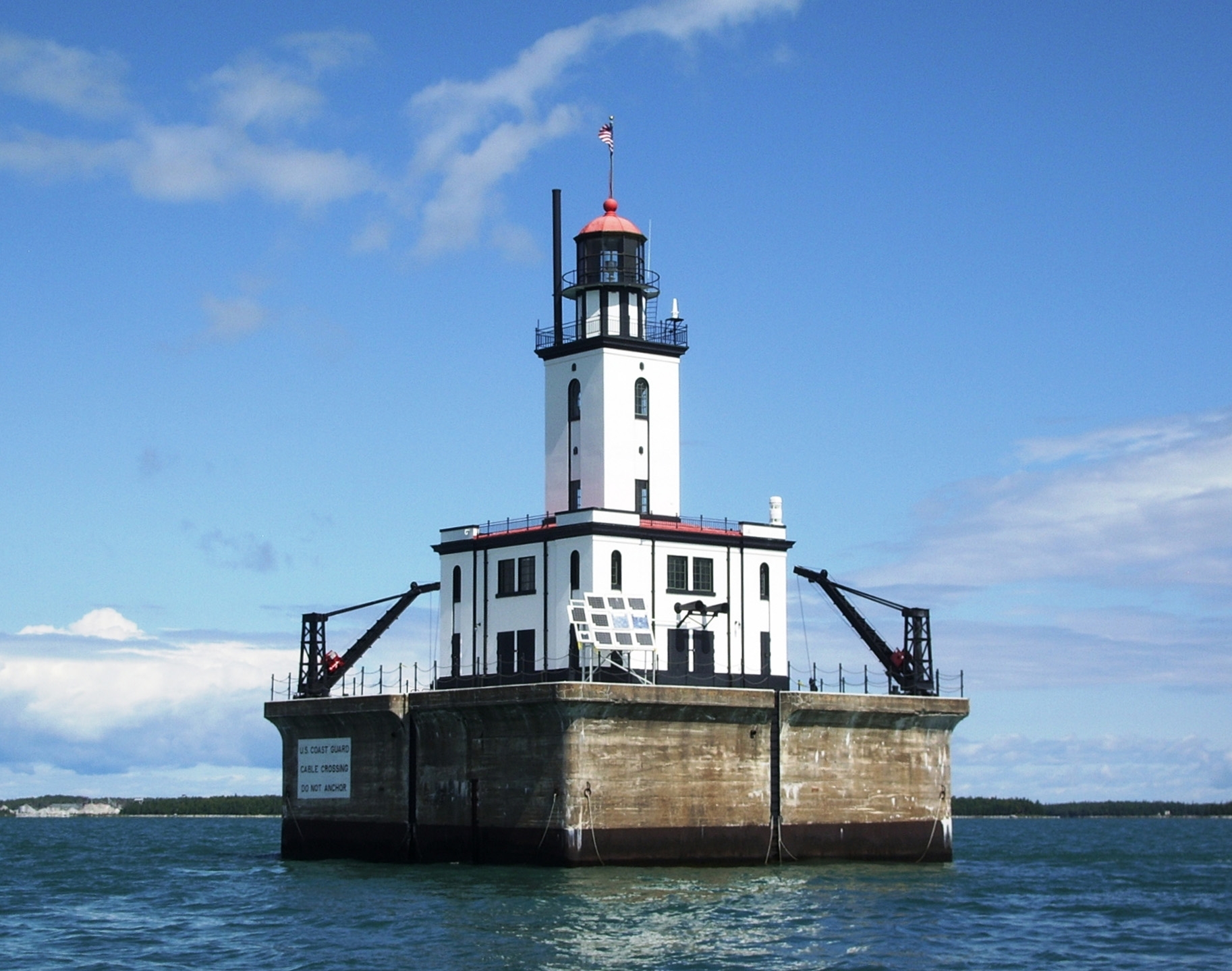 Preservation of the DeTour Reef Light

Since 1847, a lighthouse has been located at DeTour Passage at the northwestern head of Lake Huron. Originally placed on shore at Point DeTour, Michigan, the light was moved offshore to DeTour Reef in 1931. Built in the classic revival style and rising 83 feet above water, it marks the mouth of the St. Mary’s River, which connects Lake Huron to Lake Superior, and is a testament to the importance of shipping in the region’s political, economic, and social history.

When the U.S. Coast Guard declared it could no longer take care of the lighthouse, volunteers stepped forward to form the DeTour Reef Light Preservation Society (DRLPS) in 1998. In 2003 and 2004, DRLPS members restored the lighthouse to its 1931 appearance and condition, complete with period furniture and a working foghorn. The DRLPS became owners of the DeTour Reef Light on June 17, 2010, when the General Services Administration and U.S. Coast Guard transferred the title to the organization.

DRLPS volunteers coordinate a weekend keeper program, allowing volunteers to live in the lighthouse from Friday to Sunday, where they act as hosts and docents during tours and do cleaning and light maintenance tasks.

The all-volunteer DRLPS has been an example to other lighthouse groups. At the request of the National Park Service, a volunteer developed a model transfer agreement, and DRLPS members worked with the Michigan Department of Environmental Quality to write a precedent-setting agreement that will facilitate the transfer of Michigan offshore lights to local government entities and private groups like DRLPS.