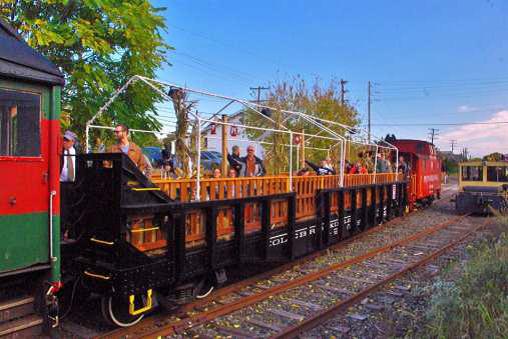 Restoration of the Colebrookdale Railroad

The Colebrookdale Railroad Preservation Trust has spearheaded a multi-county, multi-community, public-private partnership to revitalize the Civil War-era Colebrookdale Railroad as an engine of community and economic development. When the Trust took over the largely forgotten rail line after successfully warding off an abandonment threat, the winding 150-year-old track was in significant need of repair. Likewise, multiple historic bridges–including some of the oldest and tallest wooden trestles on the east coast–needed attention. Volunteers have been instrumental in addressing these needs and running the now-functioning excursion train service.

From mid-2014 through mid-2015, volunteers invested more than 20,000 hours of volunteer labor. Trust volunteers do everything from track work, to passenger car restoration, to operations. Four historic rail cars have been restored through volunteer efforts. Traditionally, young boys worked on passenger railroads as “news butchers” selling merchandise and refreshments, and young volunteers serve the same purpose on the Colebrookdale Railroad.

The Trust is the first operator of the rail line to do so as a community project that engages volunteers and offers a community and economic development opportunity for the region. Capitalizing on the unique historic, aesthetic, natural, and cultural significance of the rail line and the valley it traverses, the Colebrookdale Railroad is anticipated to bring millions of dollars of economic benefit to an economically struggling area. The success of this far reaching plan is due in large part to the commitment of the Colebrookdale Railroad Preservation Trust’s volunteers.