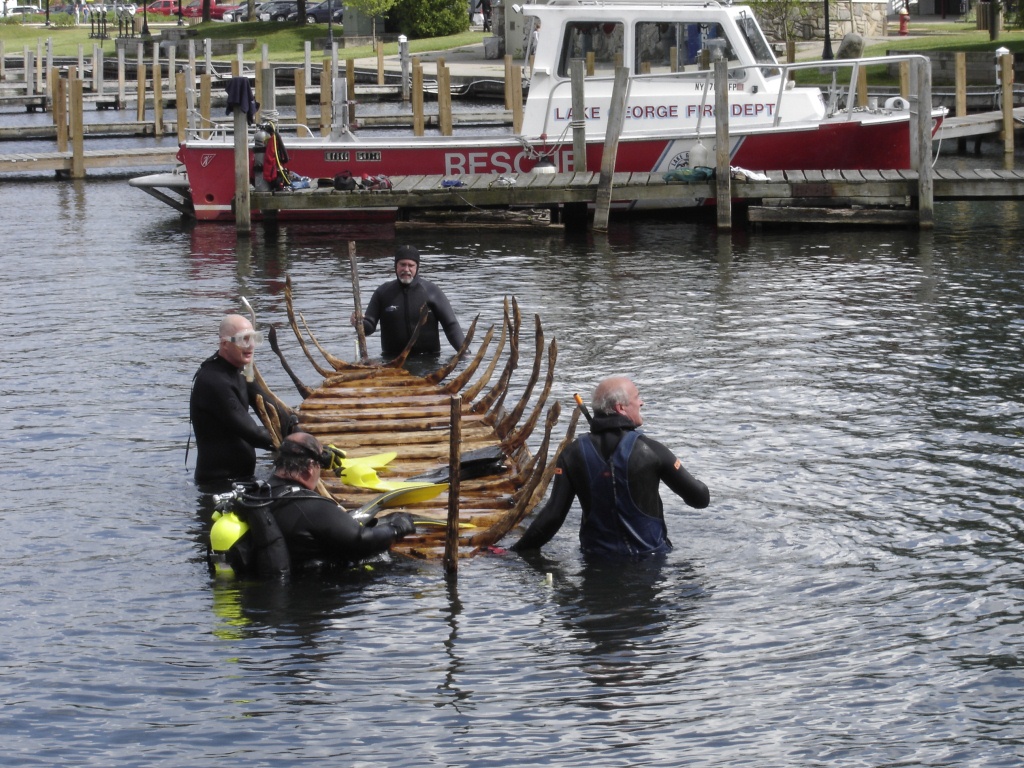 The non-profit organization Bateaux Below, Inc., works to preserve shipwreck sites in Lake George, New York. Volunteers provide monitoring and public outreach for three Submerged Heritage Preserves administered by the New York State Department of Environmental Conservation. The shipwrecks protected include: the “Sunken Fleet of 1758,” seven bateaux (boats) used during the French and Indian War; the 1758 Land Tortoise, a floating gun battery that has been designated a National Historic Landmark; and the motor launch Forward, which dates to 1906.

New York State does not have an underwater archaeology program, so Lake George's shipwreck preserves are open to visiting divers principally due to the efforts of Bateaux Below. The organization's volunteers provide divers and boats to open the preserves, monitor them, and close them for the off-season. Mooring cables, underwater signage, and trail lines are all installed by volunteer divers. Volunteer divers also clean signs and trail lines, collect litter, and inspect the shipwreck preserves.

Bateaux Below volunteers prepared the nominations for listing the shipwrecks on the National Register of Historic Places and conducted research, developed text, and raised funds to install state historic markers about the sites. In addition, volunteers have given public lectures, written articles, and presented professional papers on the shipwrecks. In 2007-2008, Bateau Below volunteers worked with middle school students in Saratoga Springs City Schools to build a full-size bateau wreck replica. With permission from the State of New York, the replica was placed in shallow water in Lake George for public viewing from a lakeside walkway.