In the wake of the unprecedented destruction resulting from Hurricanes Harvey and Irma, the ACHP has been working to help address the impacts to historic properties. Florida, Georgia, Louisiana, Puerto Rico, Texas, and the U.S. Virgin Islands were hard hit by the storms. (The impact on the island of St. John was particularly catastrophic.) The ACHP has reached out to the affected State and Tribal Historic Preservation Offices and to the Federal Emergency Management Agency (FEMA) to help coordinate how disaster recovery efforts are addressing historic properties and how review under Section 106 of the National Historic Preservation Act will be expedited. 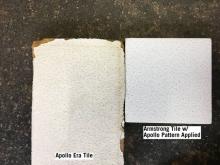 HOUSTON – Restoration of NASA’s Apollo Mission Control Center (MCC) will get underway this fall, thanks to a $5 million fundraising campaign spearheaded by the nonprofit Space Center Houston, which is partnering with the Advisory Council on Historic Preservation (ACHP) to administer the funds.

Since being decommissioned in the 1990s, the Apollo MCC–a National Historic Landmark housed within the Johnson Space Center (JSC) in Houston–was assigned “threatened” status by the National Park Service in 2015. The predicament led Gene Kranz, flight director for the famed Apollo and Gemini missions in the 1960s, to ask ACHP Chairman Milford Wayne Donaldson for the ACHP’s assistance in restoring the Apollo MCC.

WASHINGTON, D.C. -- As part of its efforts to expedite the regulatory approval of communications technologies, the Advisory Council on Historic Preservation (ACHP) today announced new procedures for the review of next-generation broadband projects on federal lands as required by Section 106 of the National Historic Preservation Ace.

The Advisory Council on Historic Preservation (ACHP) is extending the comment period on the proposed Program Comment on Broadband deployment on federal land and property until February 24, 2017. A notice of this opportunity to comment was first provided on January 13, 2017, and the comment period is now being extended.