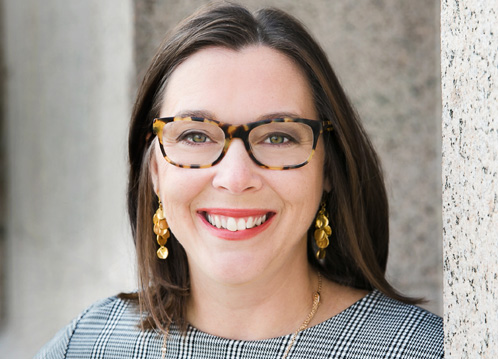 WASHINGTON, D.C.–The US Senate yesterday voted to confirm Aimee Jorjani as the first full-time chairman of the Advisory Council on Historic Preservation (ACHP).

“I am honored to be confirmed as the first full-time chairman of the ACHP and look forward to working with Congress, the Administration, Indian tribes, preservation partners, and state and local governments to further stewardship of historic properties while encouraging economic development and heritage tourism,” Ms. Jorjani said. “I will work to ensure historic preservation considerations are efficient, effective, and that early consultation contributes to a better process.”

Ms. Jorjani’s goals as chairman include working to ensure cultural resources are considered at the earliest stages of project planning to avoid process delays; examining ways to bring the digitization of historic property information to the 21st century in order to create more efficiencies for project planning; and seeking opportunities to better communicate among government at all levels, the non-profit community, and the private sector while utilizing many existing preservation tools. Ms. Jorjani is also interested in highlighting the growing vocational and traditional trades gap that require unique hands-on skills with historic resources.

Ms. Jorjani will complete the four-year term that began in January 2017. The full-time chairman position was created through the December 2016 enactment of the National Park Service Centennial Act, which contained amendments to the National Historic Preservation Act (NHPA) converting the current part-time chairman to a full-time position. She was nominated by President Donald J. Trump.

Ms. Jorjani has nearly 20 years of experience in the fields of government and cultural resources from a variety of perspectives including both executive and legislative branches, as well as the non-profit sector. Her career began on Capitol Hill working as a legislative aide to Rep. Paul Ryan (R-WI). She later moved to the US Department of the Interior (DOI) and had several positions, including serving as the Deputy Secretary’s Special Assistant for Historic Preservation and as DOI’s first Department-wide Historic Preservation Officer. She has a Masters in Historic Preservation from Goucher College.

When sworn in, Ms. Jorjani will succeed Milford Wayne Donaldson of California, who served two terms as ACHP chairman. Mr. Donaldson’s terms were marked by a strong commitment to and fulfillment of the ACHP’s leadership role in the federal historic preservation program as originally intended by the provisions of the NHPA that created the agency and much of the nation’s historic preservation infrastructure. His leadership in involving all people in preservation and telling the stories of underrepresented groups has been widely commended.