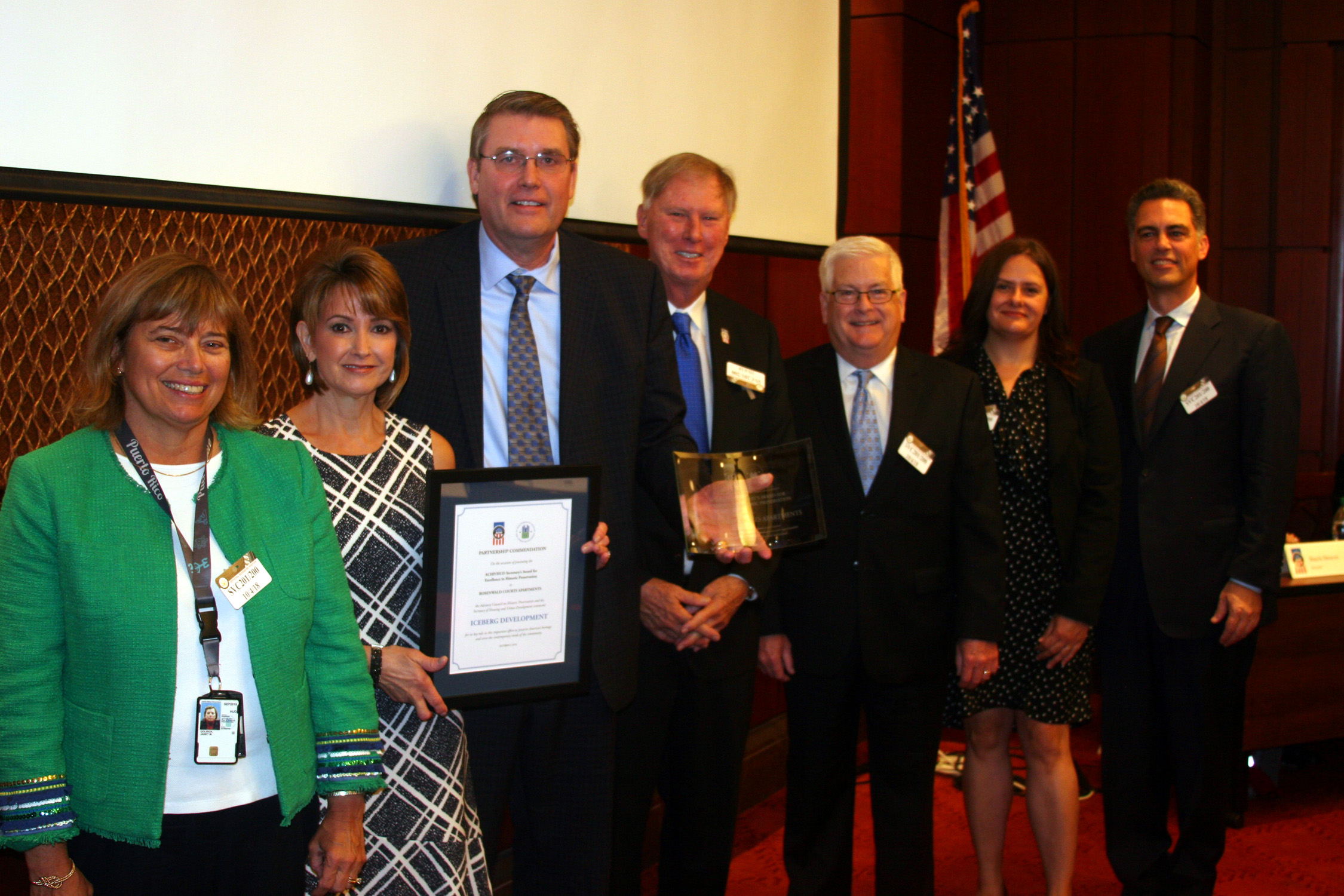 The US Department of Housing and Urban Development (HUD) and the Advisory Council on Historic Preservation (ACHP) today announced Chicago’s Rosenwald Courts Apartments project, once home to record producer Quincy Jones, boxer Joe Louis, and Olympian Jesse Owens, as the recipient of the 2018 ACHP/HUD Secretary’s Award for Excellence in Historic Preservation.

The rehabilitation of the 1920s-era housing retained many historic features of the original development while modernizing the space to include 239 one- and two-bedroom apartments, 40,000-square-feet of office space, and 16,000-square-feet of retail stores. The restoration conducted by Rosenwald Apartments, LP, which includes Iceberg Development, Evercore Companies, RCAP LP, Lightengale Group, and Roos Enterprises, is an activity center of Chicago’s Bronzeville neighborhood.

“This is a wonderful example of how we can preserve affordable housing and our history at the same time,” said HUD Secretary Ben Carson. “This housing development has deep roots on Chicago’s South Side and will continue to be a vital presence in the Bronzeville neighborhood for generations to come.”

“Against all odds, repeatedly avoiding the wrecking ball, the historic Rosenwald Courts Apartments has been rehabilitated and put back into use as a vital community anchor,” said ACHP Chairman Milford Wayne Donaldson FAIA. “The project utilized HUD and City funding along with Historic Tax Credits to ensure the entirety of the apartment complex was renovated, preserving the historic aspects of the buildings and grounds, and providing an affordable place for people to live.”

The complex was originally developed in 1929 by Sears & Roebuck founder Julius Rosenwald with 454 units and provided much-needed quality housing for African American families in Chicago during a time of segregation and limited housing options.

Through the leadership of Alderman Pat Dowell, community residents, preservationists, and the purchase of the complex by Rosenwald Apartments, LP, the 500,000-square-foot project finally came to fruition.

The significant exterior repairs retained many historic qualities–the main building’s terra-cotta portals that connect the courtyard to the street, installation of more than 2,500 new windows matching the historic windows, and restoration of the historic 47th Street storefronts. The historic axial pathways in the 2-acre courtyard were retained and augmented with new plantings, benches, grills, bike racks, and dog runs. A new seating area was added at the south end of the courtyard to serve both residents and retail patrons.

“The redevelopment of the Rosenwald was quite challenging,” said Jim Bergman, principal developer with Iceberg Development. “It is only due to the tremendous support of the City of Chicago and Chicago Housing Authority that enabled this project to be brought to fruition. We are pleased with how well the project has been received by the neighborhood and encouraged by the new privately funded redevelopment now happening around the Rosenwald. We hope that the Rosenwald will continue to be a positive catalyst for the Bronzeville community.”

HUD’s mission is to create strong, sustainable, inclusive communities and quality affordable homes for all. More information about HUD and its programs is available at www.hud.gov and http://espanol.hud.gov.

The ACHP is an independent federal agency that promotes the economic, educational, environmental, sustainability, and cultural values of historic preservation and advises the President and Congress on national historic preservation policy. It also influences federal activities, programs, and policies that affect historic and cultural properties. See www.achp.gov for more information.