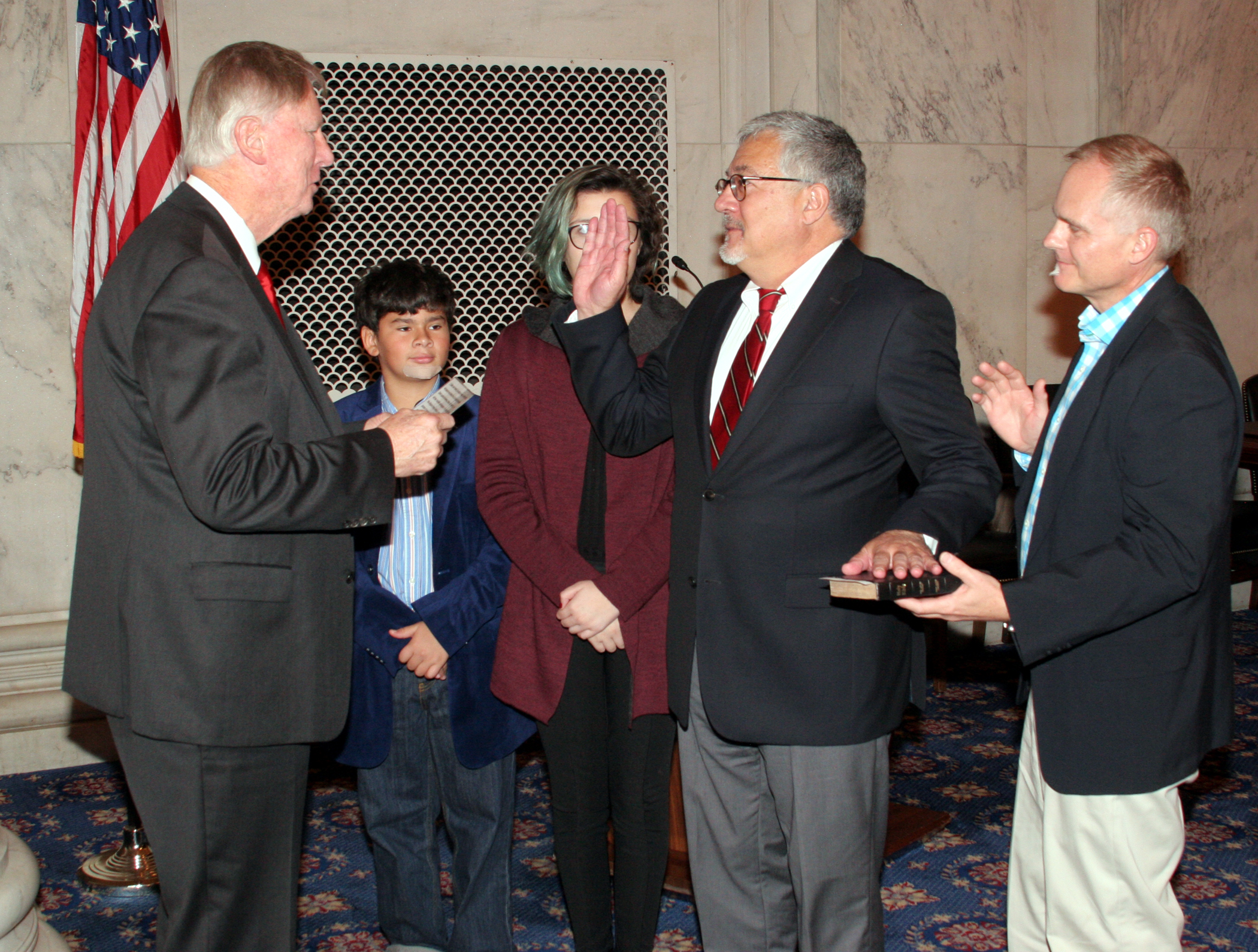 Luis Hoyos being sworn in as an ACHP member.
SHARE

WASHINGTON, D.C.– President Barack Obama has announced his intent to appoint Luis Hoyos to an Expert Member seat on the Advisory Council on Historic Preservation (ACHP).

Hoyos is an architect and Professor of Architecture at the California State Polytechnic University in Pomona, where he teaches historic preservation and urban design. He has received awards for the design of several historic building rehabilitations, including El Pueblo de Los Angeles, the Point Fermin Lighthouse, the Palmer Hotel and the Cabrillo Beach Bathhouse.

"We are delighted to welcome Luis to the ACHP," said ACHP Chairman Milford Wayne Donaldson, FAIA. "He brings with him a wealth of knowledge on architecture, design and preservation, and we are particularly excited to draw up upon his experience with the Latino community as we seek to expand diversity within the preservation field."

Hoyos was member and chair of the California State Historical Resources Commission from 2002-2006, and a member of the Board of Directors and Chair of Preservation Advocacy at the Los Angeles Conservancy.

The White House press release on the announcement can be viewed at https://www.whitehouse.gov/the-press-office/2016/08/04/president-obama-announces-more-key-administration-posts.