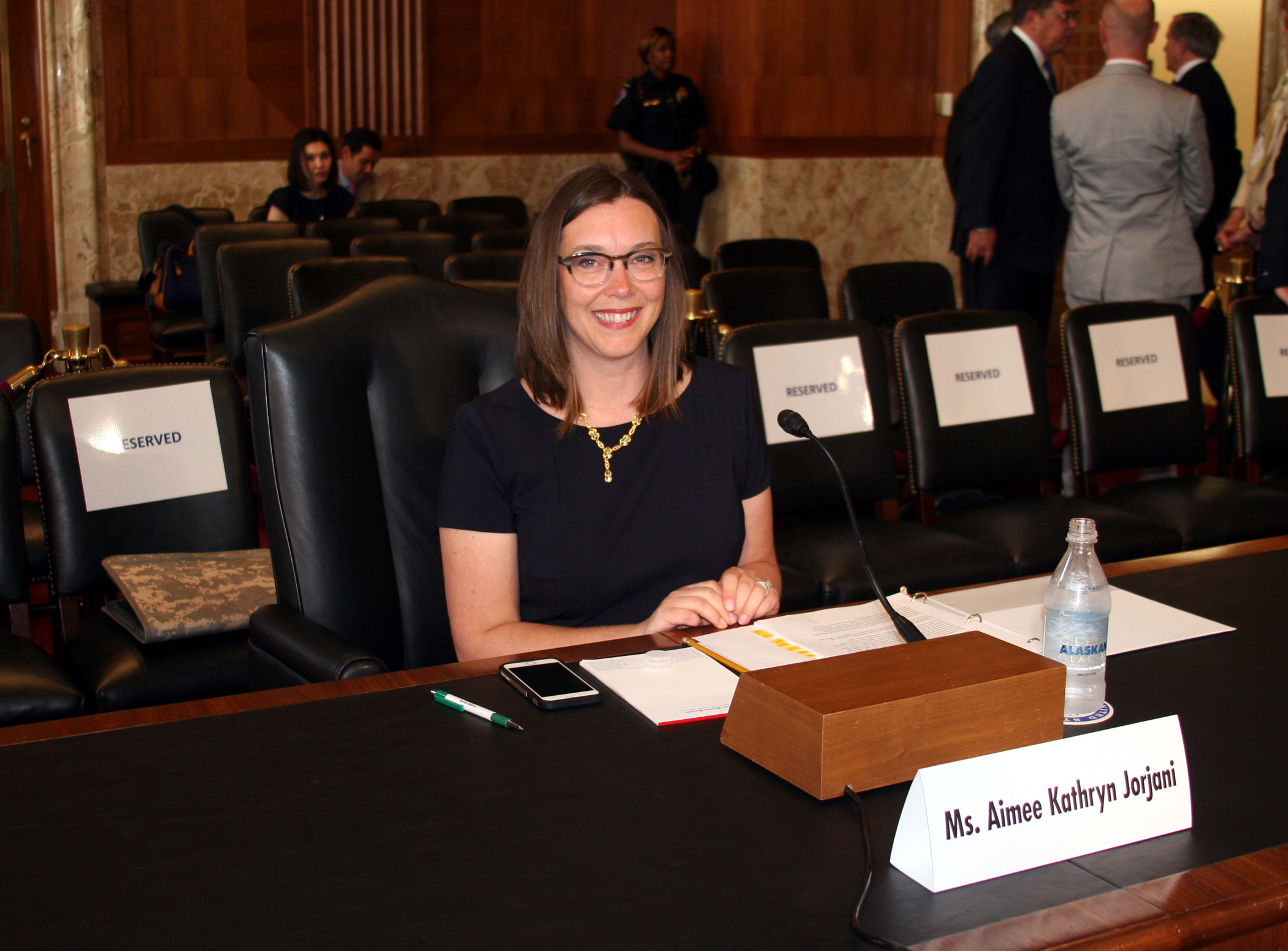 Aimee Jorjani testified today before the Senate Energy and Natural Resources Committee in Washington, D.C. on her nomination to become the first full-time chairman of the Advisory Council on Historic Preservation (ACHP).

Sen. Maria Cantwell (D-WA), the committee’s ranking member, said the ACHP has an important mission, ensuring federal agencies are good stewards of the nation’s heritage, and will be served well by a full-time chairman.

“I think this change is in keeping with the importance of the office and its mission,” Senator Cantwell said. “I hope the change will increase the stature and independence of the council and strengthen their voice within this Administration. “

Jorjani, who has nearly 20 years of experience in the fields of government and cultural resources, said her interest in historic preservation started at an early age.

“My fascination with historic preservation blossomed while growing up in Milwaukee, Wisconsin, admiring the many Cream City brick buildings built by German and Polish immigrant Americans,” she told the committee members. “Cream City was named for the light color of the local clay and as a tribute to the city’s frothy brewing heritage. While many of those buildings sat underutilized in my youth, I always saw beauty in them. Many of those buildings have since been restored or readapted through historic preservation and incentives, spurring economic development and keeping history alive.”

Committee Chairman Sen. Lisa Murkowski (R-AK) said the intent of having a full-time ACHP chairman is to strengthen the agency’s advisory and advocacy role. She asked Jorjani how she intends to take this newly-defined role and raise the ACHP’s profile.

Jorjani said it is important to set the bar for how the agency operates under a full-time chairman and plans to work with the council members to implement policy, work toward more collaboration–both with other federal agencies and Tribal and State Historic Preservation Officers–and ensure a more coordinated and timely review process for infrastructure projects, in keeping with the recently signed One Federal Decision Memorandum of Agreement.

Committee members not present at the hearing will have an opportunity to submit written comments and questions for Jorjani, and then the panel will vote on the nomination. If Jorjani’s nomination is cleared by the committee, it will then go before the full Senate for consideration.