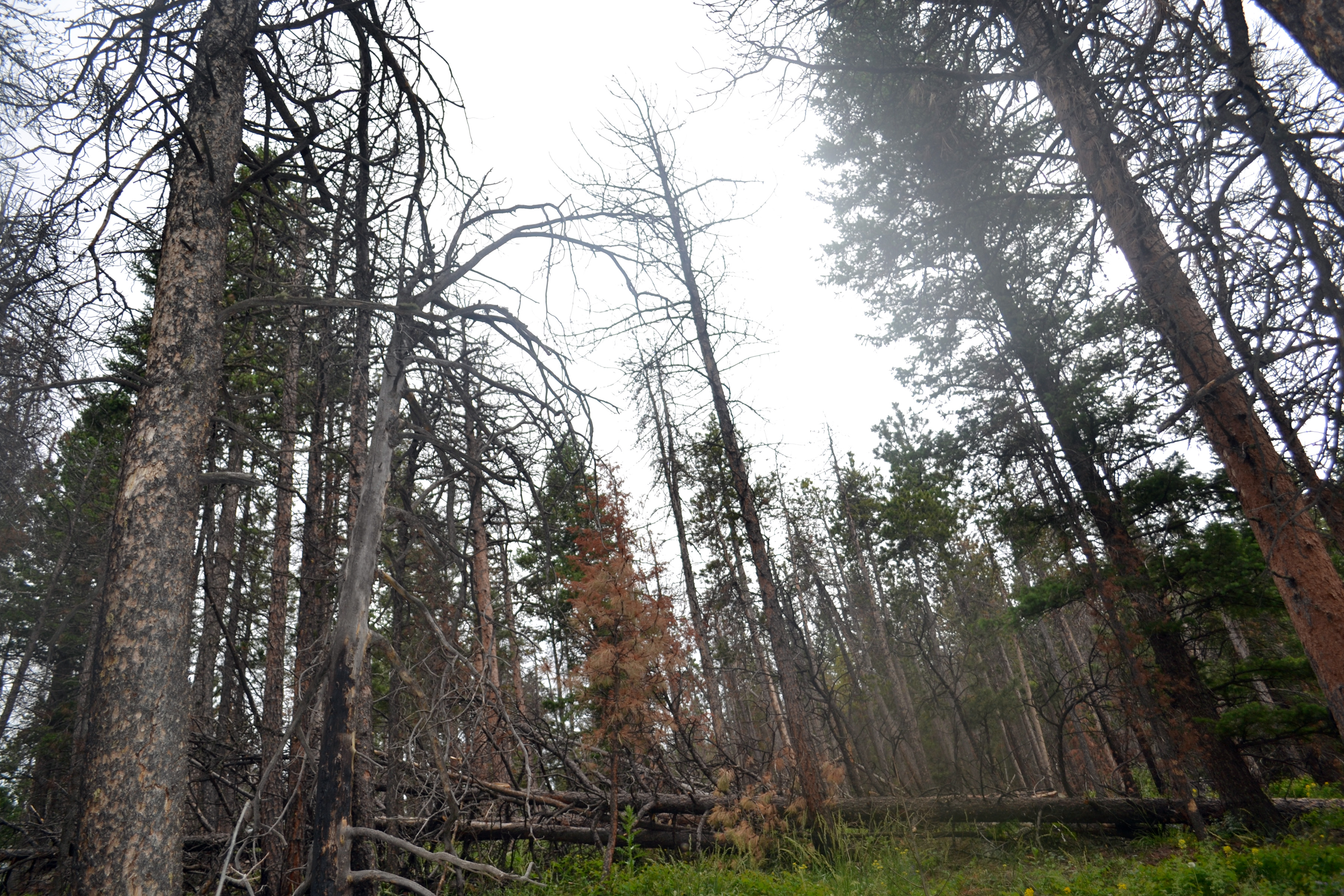 For the past 13 years, the Forest Service (FS) Bark Beetle Management Hazardous Fuel and Tree Reduction Programs Programmatic Agreement (“Bark Beetle PA”) has helped National Forests (Forests) in Colorado reduce hazardous fuels more effectively, by providing alternative methods to comply with Section 106 of the National Historic Preservation Act. The Bark Beetle PA provides Forests with tools to identify historic properties and to assess and resolve adverse effects utilizing exemptions and a phased approach with special provisions for hazardous conditions. The tools can include hand-spraying chemical pesticides on trees, hand-cutting small trees and brush to thin areas, and other treatments that have little or no potential to adversely affect properties. Forests have the option to carry out Section 106 work in increments when safety is at stake.

Started in 2007, the PA began with three Colorado Forests experiencing the brunt of the beetle infestation, which caused high rates of tree mortality and subsequent fuel for wildfires. As the infestation moved throughout the rest of the Colorado Forests, other Forests joined the agreement through later amendments. The renewal of the Bark Beetle PA will allow it to remain a useful tool for Forests for reducing hazardous fuels and weakened trees in Colorado.

A recent example of an FS unit that used the PA was Medicine Bow-Routt National Forests and Thunder Basin National Grassland (MBRTB) and on the Arapaho and Roosevelt National Forests and Pawnee National Grassland (ARP). The Forests began large-scale timber harvest of beetle kill/hazardous trees and found many areas of the project were unsafe to conduct pedestrian surveys. Using the Bark Beetle PA, the MBRTB redirected funding that would have been used to complete field inventory to priority cultural resource projects, continuing research at two lithic quarry sites and surveying high altitude ice patches. The ARP redirected funding toward the rehabilitation of a locally significant cabin.

The ACHP is a proud signatory to this PA that the FS has identified as a critical factor in being able to reduce fuels and manage wildfire-related issues more effectively by stipulating a dynamic and flexible approach for Section 106 compliance. Chairman Jorjani was glad to support the FS in meeting its mission to manage the health of the nation’s forests by signing the amendment to allow the Bark Beetle PA to remain active for another five years.