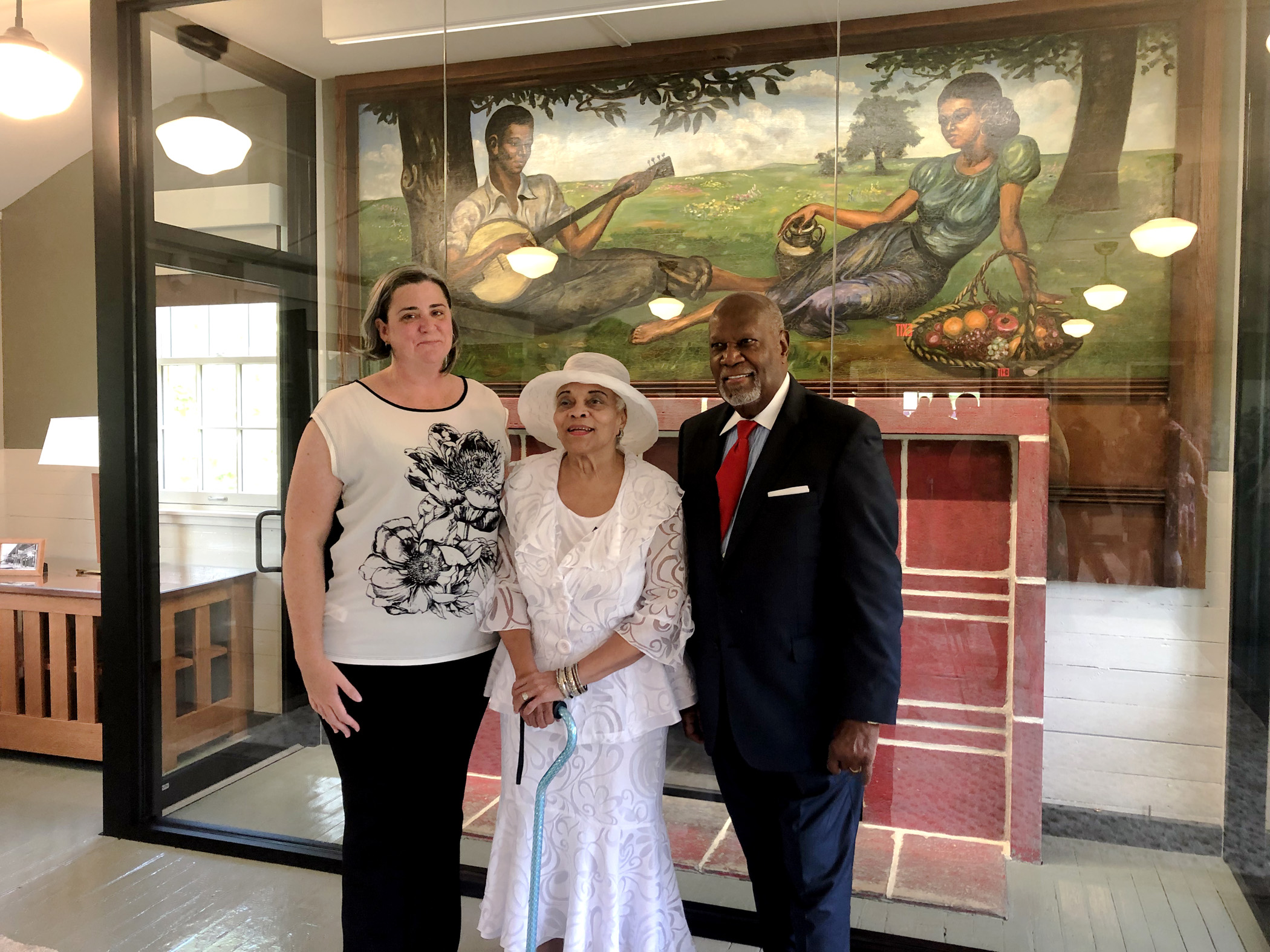 “It is vital to continue to tell the story of brave African Americans who fought for our freedom and country overseas when they were discriminated against back home,” Stanton said. “Preserving this building shows what is possible when there is cooperation and mutual recognition of our heritage.”

Stanton spoke during the Memorialization and Ribbon Cutting Ceremony, dedicating the building in honor of Staff Sergeant Samuel Albert Countee, of the Army Service Forces Training Center 436th Engineer Dump Truck Company. A well-known artist, Countee was drafted into the Army in 1942, trained, and was stationed at Fort Leonard Wood. His company was shipped to Iran and when he returned, he painted a mural in the Black Officers’ Club. His mural is a central point in the building to this day.

The Army originally considered removal of the mural and complete demolition of the building before the Section 106 process. The consulting parties were adamantly opposed to demolition, and the Army eventually decided to convert the building into classroom and meeting/social space, conserving the mural, and making needed repairs. The building is now one of the last few tangible pieces of the segregated Army history.

“The preservation of Countee Hall provides countless opportunities to tell the story of the African American Army officers’ experience during World War II to future generations,” Stanton said. “This case is now one of the ACHP’s 106 Section 106 Success Stories.”