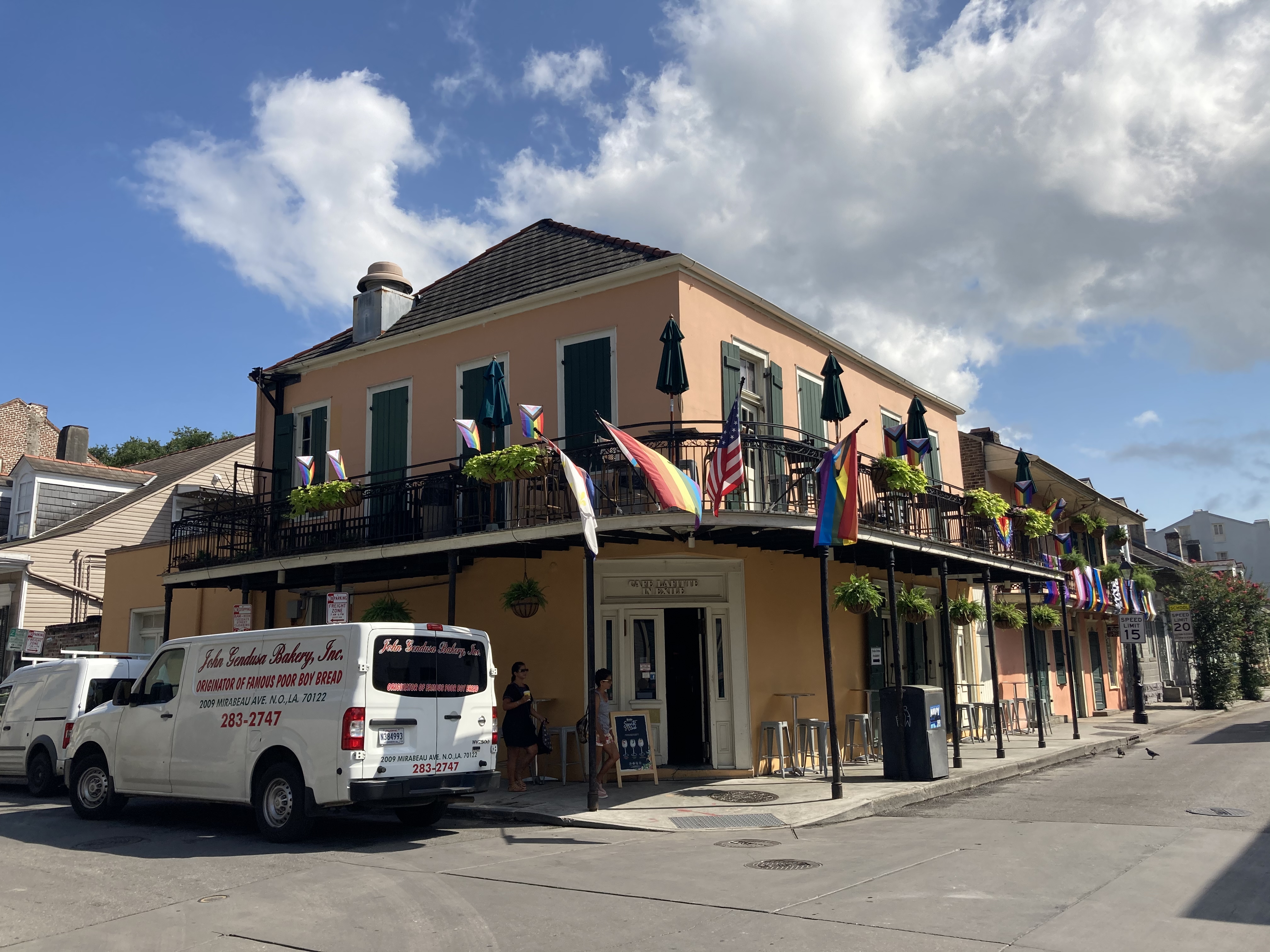 Located deep in the French Quarter of New Orleans, Louisiana, the Café Lafitte in Exile bar is the self-proclaimed oldest gay bar in the United States. The Café Lafitte opened in 1933 at the location of what is now Lafitte’s Blacksmith Shop, the purported house of 18th century pirate and local legend Jean Lafitte, which had sat unused before its conversion into a bar. Jean Lafitte and his men were known for smuggling and privateering in New Orleans and nearby ports. Briefly allying with the U.S. Navy, Lafitte was instrumental in the American victory with General Andrew Jackson at the Battle of New Orleans, a key turning point in the War of 1812. Much of what we know of Lafitte is lost to history, but the blacksmith shop where he once operated is now a National Historic Landmark and one of the oldest buildings in the French Quarter. Traditionally, the French Quarter had what was colloquially known as the Lavender Line on St. Ann Street toward the eastern part of the Quarter, which indicated which part of Bourbon Street had gay bars.

The Café Lafitte bar was moved to its present location at 901 Bourbon Street 20 years later where it adapted the present name to become Café Lafitte in Exile. It was frequented by famous writers including author Truman Capote and playwright Tennessee Williams. Many writers and artists lived in the French Quarter, which had fallen into some decline, contributing to the bohemian and artistic scene that characterized the neighborhood following World War I. The gay community was a part of this scene and was an integral part of the early days of revitalizing the historic cityscape. In 2018, the bar was awarded a Gay Travel Award for Best Gay Bar by Gay Travel.com. Its history is reported in the book In Exile: The History and Lore Surrounding New Orleans Gay Culture and Its Oldest Gay Bar by Frank Perez and Jeffrey Palmquist.

The Café Lafitte in Exile is open 24 hours a day, seven days a week.