CLOSE
BACK TO NRCS

The Advisory Council on Historic Preservation signed the Authorization Letter on November 21, 2014, designating the Prototype Programmatic Agreement (PPA) for use by the Natural Resources Conservation Service (NRCS). Prototype Programmatic Agreements are a type of program alternative that the ACHP can designate to assist federal agencies in their efforts to comply with the requirements of Section 106 of the National Historic Preservation Act (16 U.S.C. § 470f) and its implementing regulations (36 CFR Part 800). Prototype agreements may be used for the same type of program or undertaking in more than one case or area, and typically establish efficiencies and protocols for implementing these undertakings.

Under Section 106 of the National Historic Preservation Act (NHPA), federal agencies must consider the effect of their undertakings upon historic properties. NRCS, in coordination with the ACHP has developed an innovative approach that gives states and stakeholders more predictability in how they take into account the effects of their programs on historic properties while carrying out NRCS’s important work providing assistance to farmers and landowners throughout the United States.

When a federal agency uses a PPA, the agency may develop and execute subsequent agreements with the appropriate State Historic Preservation Officer (SHPO) and/or Tribal Historic Preservation Officer (THPO) without the need for ACHP participation in consultation or execution of the agreement. This program alternative ensures that consistent measures are used to address the impacts of NRCS programs on historic properties and are uniformly applied in each agreement negotiated pursuant to the PA while allowing individual agreements to be tailored to conditions in each state.

Since the authorization of the PPA on November 21, 2014, the NRCS has completed PPA’s with 37 states, 2 American territories, and 6 Indian tribes. The NRCS is actively pursuing completion of agreements with all states, territories and Indian tribes where implementation of the PPA will result in benefits to NRCS grant and technical assistance applicants and for the cultural resources involved in the Section 106 review.

NRCS and their partners have recognized the benefits of the PPA include: reduced paperwork production and transmission, focused cultural resource inventory reviews leading to increased identification and protection efforts, expedited grant application and technical assistance reviews, and better working relationships with Indian tribes and states.

If you are an Indian tribe, state or American territory and are interested in developing a PPA with the NRCS as part of the Section 106 process, contact the NRCS Federal Preservation Officer (FPO) for more information.

A map of the states that have signed NRCS Prototype Programmatic Agreements as of September 2019. 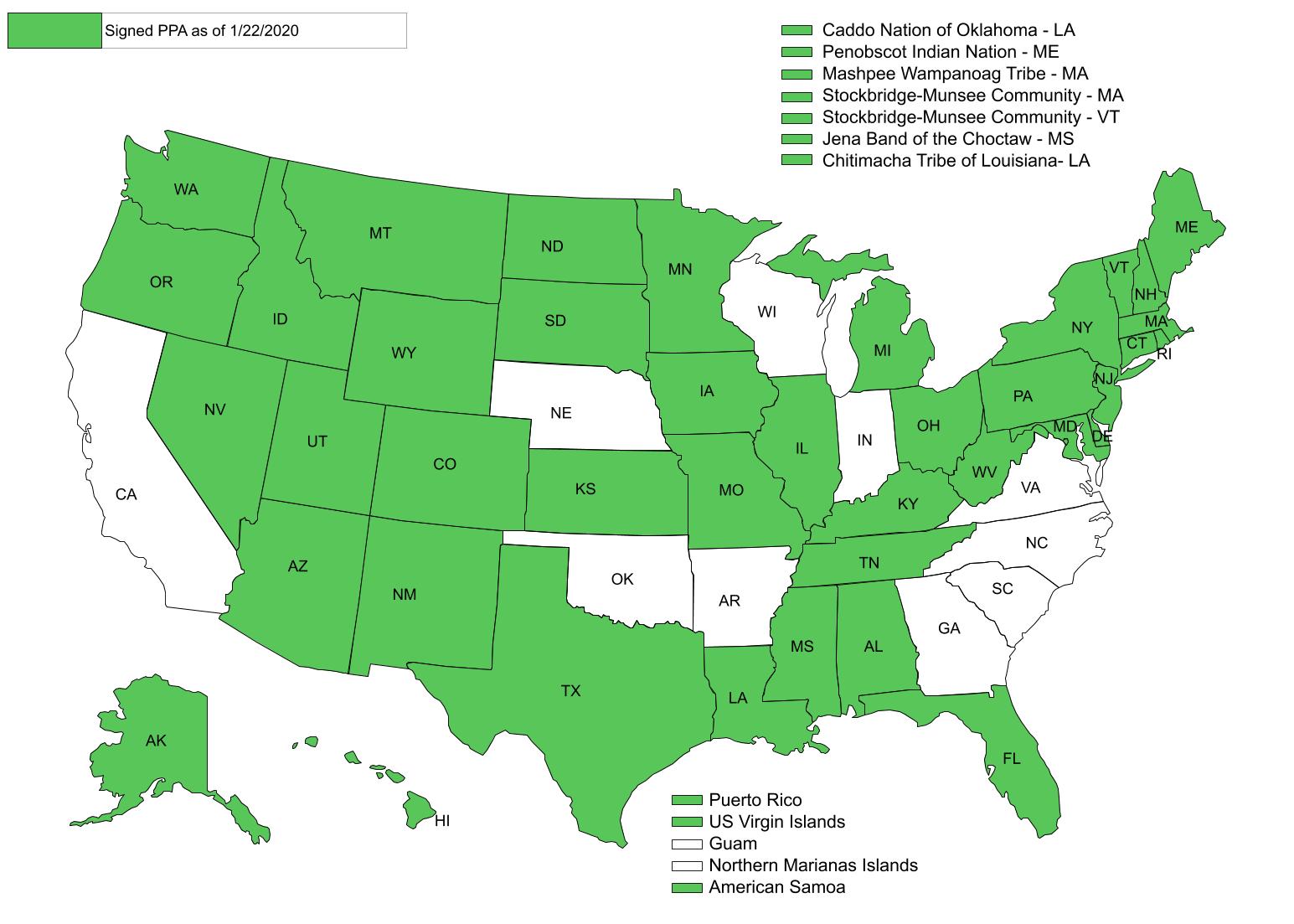