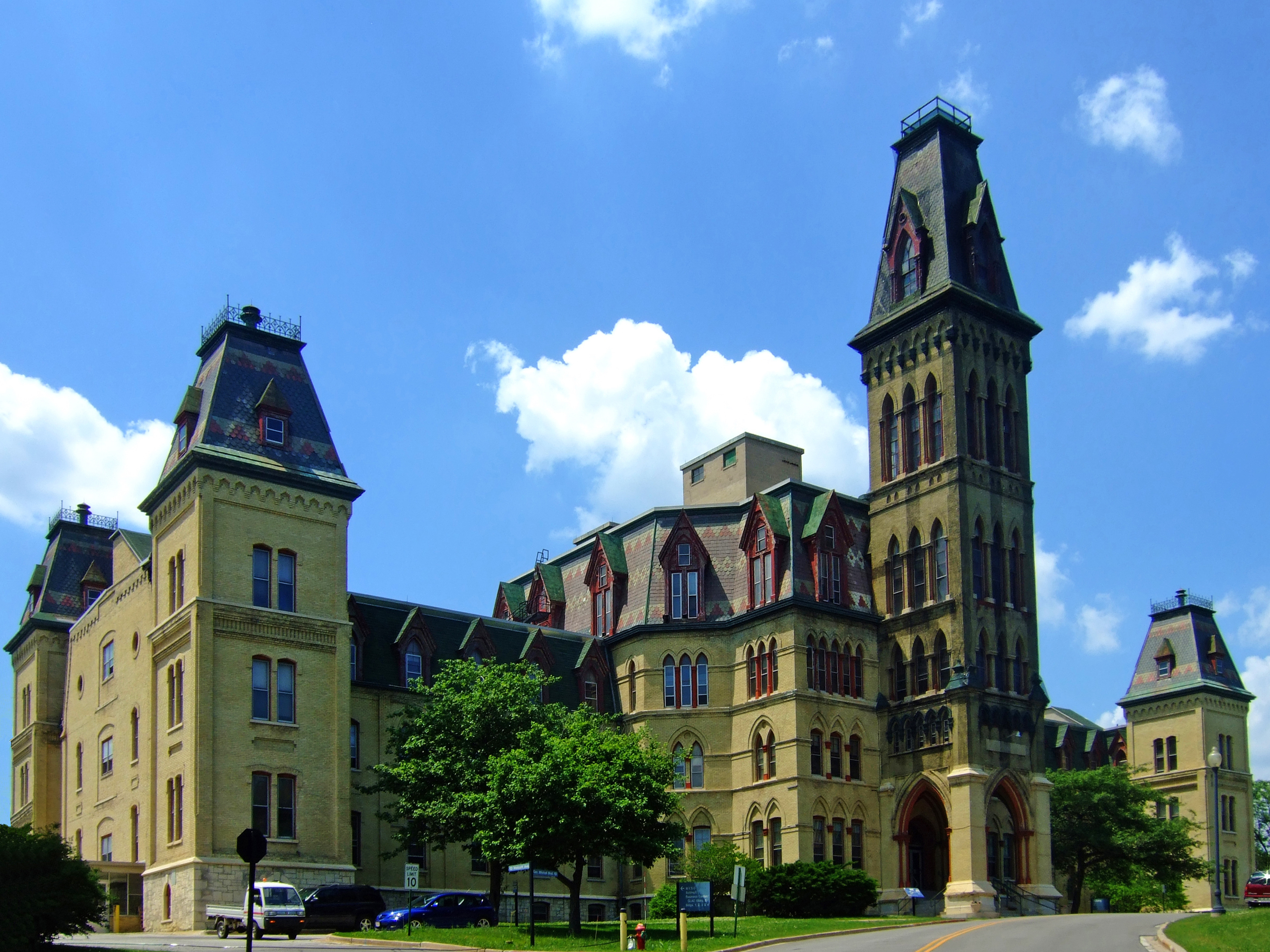 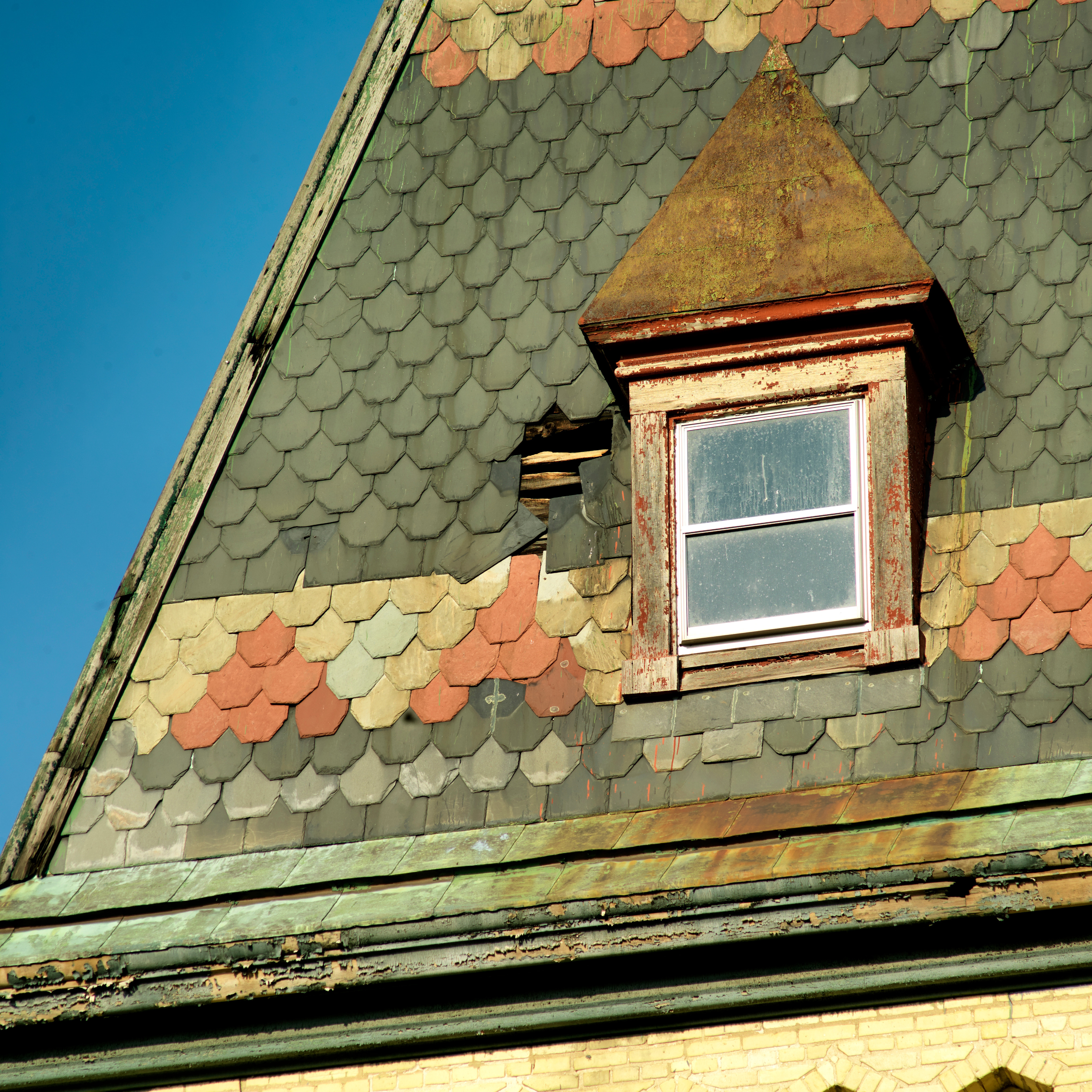 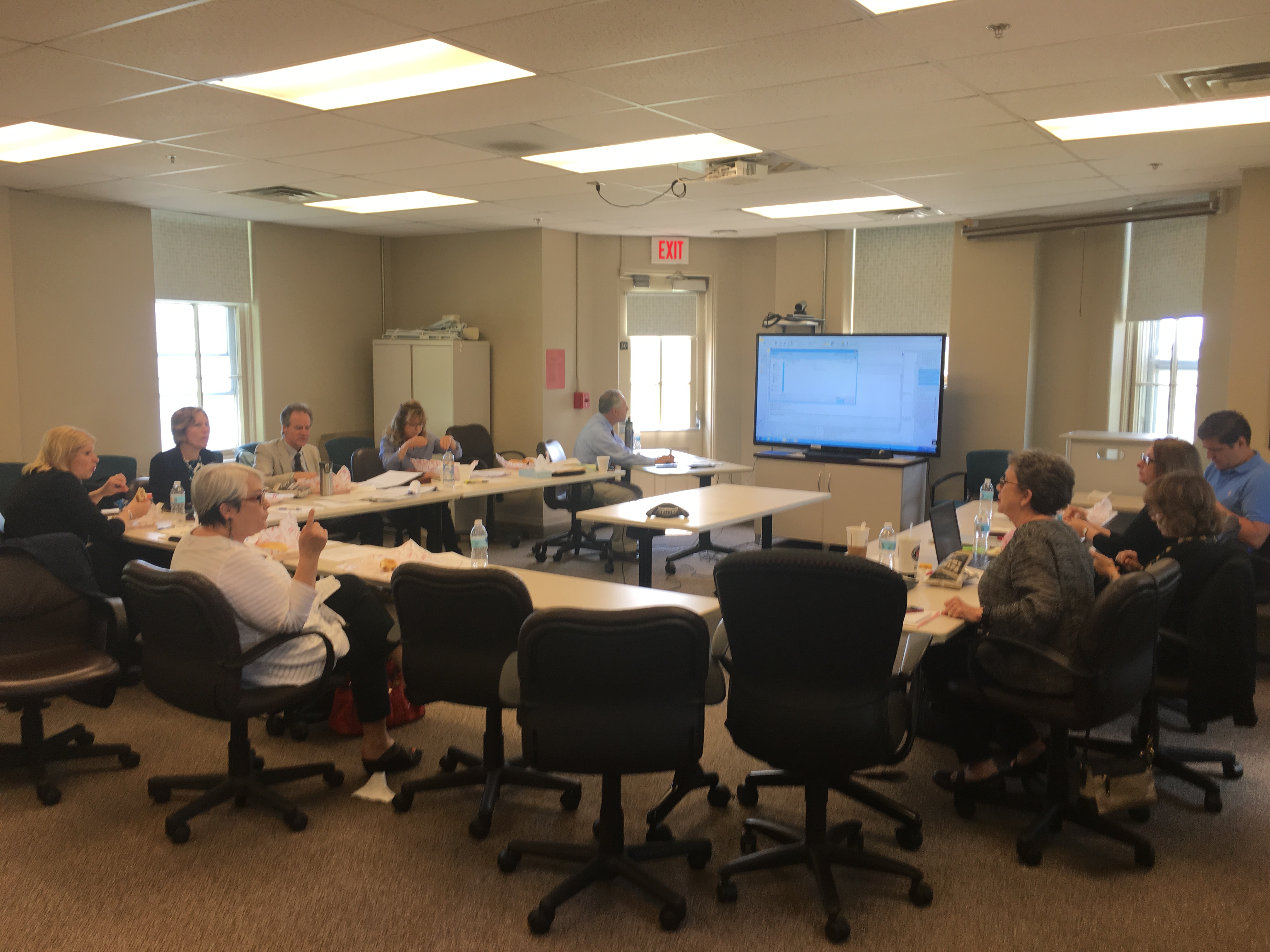 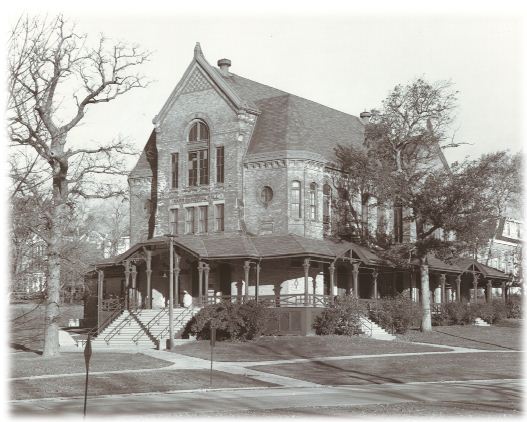 Established in 1867, the Northwestern Branch was the second facility founded under the National Home for Disabled Volunteer Soldiers created by Congress and President Abraham Lincoln to care for volunteer Union soldiers disabled during the Civil War. The “Homes” provided residential and medical care for veterans in a holistic environment with educational, employment, and recreational opportunities. Designed by Edward Townsend Mix to contain medical and living spaces, including dining and recreational halls and chapel, the iconic Building 2 featured multicolor Gothic Revival elements and a five-story tower. The branch quickly grew, and architect Henry C. Koch began another building campaign that included a new hospital building and a large chapel.

The facility continued expansion including a new hospital annex in the 1920s, development in the 1930s, and the current main hospital in 1966. The facility eventually transitioned to the Veterans Administration, the precursor to the Department of Veterans Affairs (VA), and was renamed the Clement J. Zablocki VA Medical Center (VAMC). The historic core of the campus was listed in the National Register of Historic Places in 2005 and designated a National Historic Landmark (NHL) in 2011.

To provide assisted living care for veterans, in 2010 the VAMC proposed a new Community Living Center (CLC) that required demolishing contributing buildings and altering the historic landscape. The proposed CLC quickly became part of a larger initiative focused on both CLC construction and long-term maintenance and preservation of the campus.

VA, the federal agency carrying out these projects, was responsible for conducting the Section 106 review process under the National Historic Preservation Act (NHPA), which requires agencies to identify historic properties and assess the effects of the projects they carry out, fund, or permit on those properties. Federal agencies also are Previous consultation at the Zablocki VAMC had been challenging, and in 2009 the Advisory Council on Historic Preservation (ACHP) undertook a review of the center’s NHPA compliance. As VA began consultation on the CLC, local, state, and national agencies and organizations identified two of the most prominent structures–Building 2 “Old Main” and Building 41Ward Theatre–as endangered, evidenced by the collapse of a portion of Old Main’s roof during the winter of 2010. To address Buildings 2 and 41 and the effects of the CLC project, the VAMC renewed consultation with the ACHP, the Wisconsin State Historic Preservation Officer, and concerned national and local organizations, including the National Park Service, National Trust for Historic Preservation, and Milwaukee Preservation Alliance. The consultation made it apparent a more comprehensive solution was needed.

The VAMC and consulting parties executed a Programmatic Agreement (PA) providing a process for the VAMC to meet preservation requirements while outlining a framework for a separate agreement addressing the CLC. Under the PA, the VAMC undertook stabilization of dilapidated buildings and met quarterly with consulting parties to develop a larger campus-wide agreement for the maintenance and operation and to seek adaptive reuse options for prominent buildings, including “Old Main.”

In 2012, the VAMC executed an agreement for the CLC that provided for design review to minimize the new construction’s impact on the historic landscape and documentation and interpretation of historic properties. Contemporaneously, Buildings 2 and 41 were stabilized. Consultation continued over campus projects further strengthening relationships between parties and renewing trust.

In 2016, the VAMC nominated several historic buildings to VA’s Enhanced Use Lease (EUL) program to seek developers to rehabilitate historic buildings for housing for homeless (or at risk) veterans and their families. Several buildings were selected for redevelopment including “Old Main,” which will benefit from more than $12 million in federal and state historic tax incentives. That same year, the VAMC executed a campus-wide PA, establishing protocols for expedited reviews, a training program, and a reuse protocol for other vacant properties. This consultation highlights the important role Section 106 can play in identifying opportunities for reuse and turning potential preservation losses into successes. Initiated under challenging circumstances, the agreements represent a monumental success by VA and a new commitment at the VAMC to the preservation of the NHL while still fulfilling the agency mission.