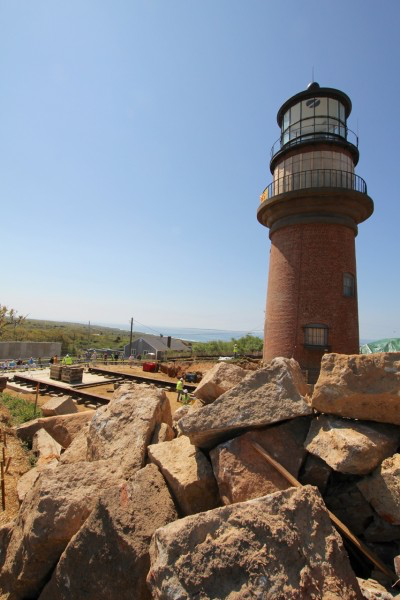 The lighthouse at its original site 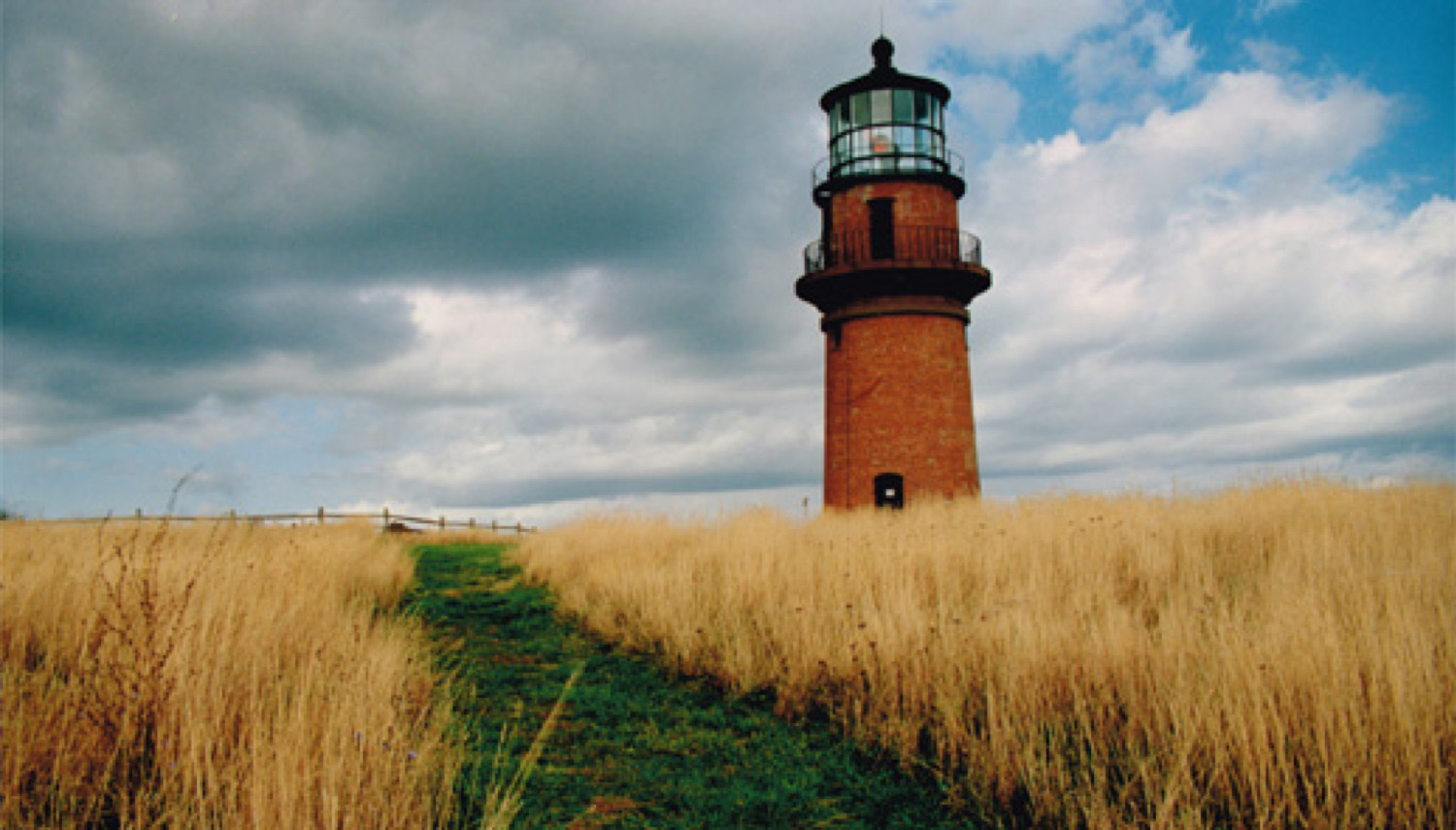 Gayhead Lighthouse and the field surrounding it 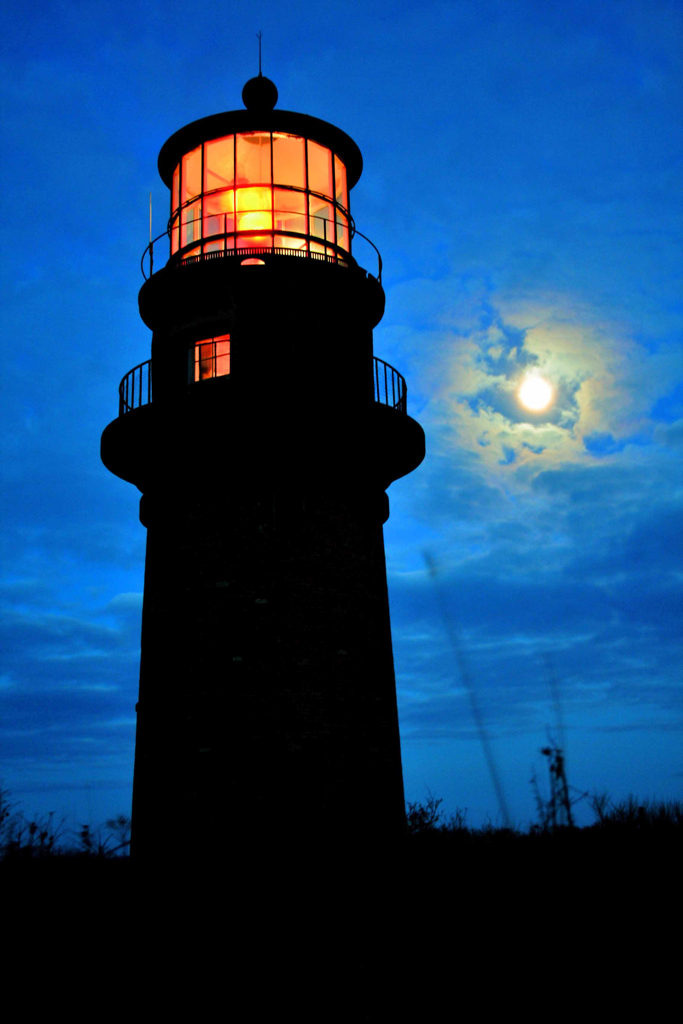 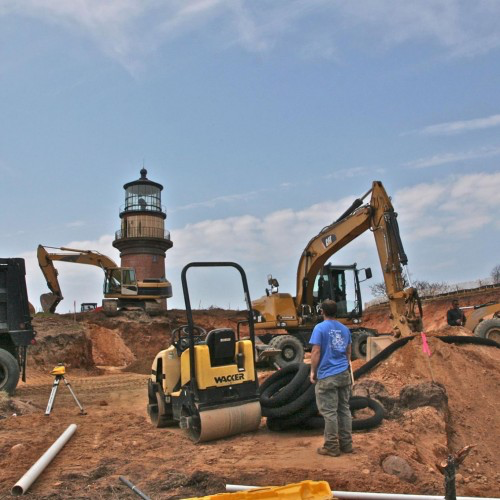 The Gay Head Lighthouse was built in Aquinnah, Martha’s Vineyard, in 1856. Standing 51 feet tall and weighing 400 tons, it is constructed of clay bricks, a brownstone cornice, and topped with a cast iron light room. Located at the westernmost tip of the island, the light, a federal Aid to Navigation (ATON), guides traders, fishermen, cruise ships, and recreational boaters. It is the only lighthouse with a history of Native American lighthouse keepers, and was one of the first in the U.S. to receive a Fresnel lens (since removed) in 1856. It was individually listed on the National Register of Historic Places in 1987. For decades, the tower was owned by the U.S. Coast Guard (USCG) and leased to and maintained by the Martha’s Vineyard Museum.

In 2013, the lighthouse was listed on the National Trust for Historic Preservation’s 11 Most Endangered Historic Places because the adjacent Gay Head Cliffs, a National Natural Landmark owned by the Bureau of Indian Affairs in trust for the Wampanoag Tribe of Aquinnah, were rapidly eroding. With local and political support, the USCG declared the property excess, enabling property transfer by the General Services Administration (GSA) under the National Historic Lighthouse Protection Act (NHLPA), which makes such historic lighthouses available at no cost for education, recreation, or preservation purposes. The Town of Aquinnah applied for the property title in 2014, and the Secretary of the Interior recommended GSA award it. The Town’s application included a plan to relocate the lighthouse.

GSA was responsible for conducting the Section 106 process under the National Historic Preservation Act (NHPA). Section 106 requires that federal agencies identify historic properties and assess the effects of the projects they carry out, fund, or permit on those properties. Federal agencies also are required to consult with parties that have an interest in the fate of the property when adverse effects may ensue.

Given the rate of erosion and the ready, willing, and able property recipient, GSA moved expeditiously, coordinating compliance with NHPA, National Environmental Policy Act, and NHLPA. Almost all consultation occurred remotely to speed the process. The resulting Memorandum of Agreement (MOA) and covenants addressed title transfer, lighthouse relocation, associated ground disturbance, rehabilitation, museum use, and ATON operation. The deed transferred the property to the Town for $1 as a public benefit. To ensure the long-term structural stability of the lighthouse and return the Gay Head Cliffs to a more natural state, the Town planned to move the lighthouse farther away from the cliffs to a new foundation on Town-owned land.

The Save the Gay Head Lighthouse Committee raised more than $3 million to fund the state-of-the-art move, with nearby towns pooling funds as well. Relocation necessitated ground disturbance, requiring advance archaeological surveys and soil remediation. During the move, the USCG established a temporary ATON nearby that was extinguished upon the lighthouse’s successful relocation. The Town agreed to complete photo documentation of the lighthouse and to place interpretation about its history at the site of the lighthouse’s former foundation. As part of the deed, the Town granted preservation covenants to the Massachusetts Historical Commission and the National Park Service to protect and preserve the lighthouse in perpetuity. The Town and the Martha’s Vineyard Museum agreed to rehabilitate and maintain the lighthouse, operating it as a museum again. Finally, the Town agreed to a USCG easement for the permanent ATON within the relocated lighthouse.

With less than 50 feet of earth left, and an erosion rate of approximately two feet per year, the Gay Head Lighthouse’s days were numbered. Recognizing its importance, local leaders mobilized grassroots and regional support and significant financial backing. The Town of Aquinnah developed a plan, and all details were managed and formalized in the Section 106 process. The MOA was executed in February 2015, and by May 2015, the lighthouse’s relocation was completed. With great fanfare, the lighthouse was relit and rededicated as a navigational aid and museum. Broad community efforts saved the cherished local landmark from certain destruction, for public use and enjoyment.