CLOSE
BACK TO presidential award 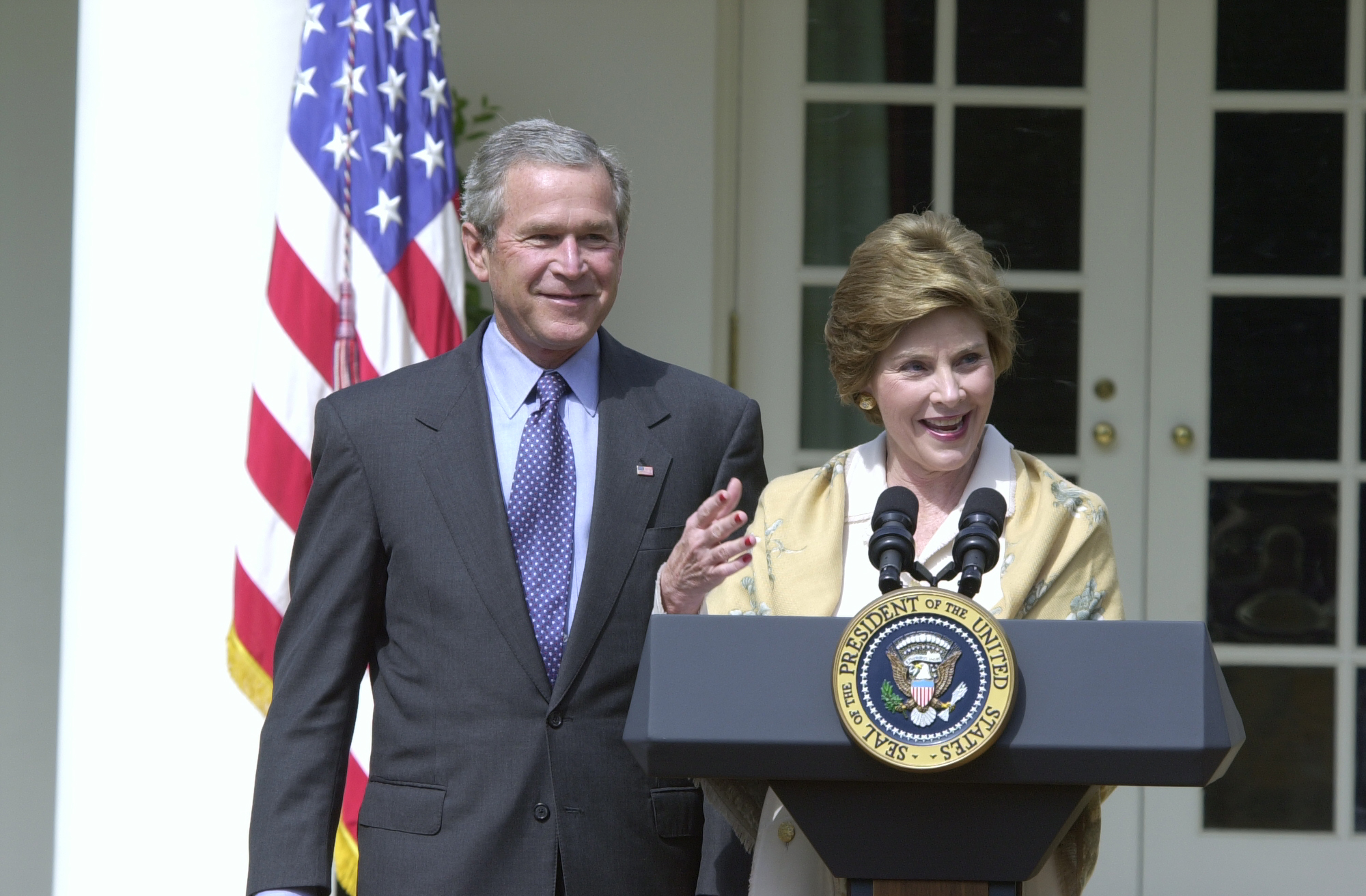 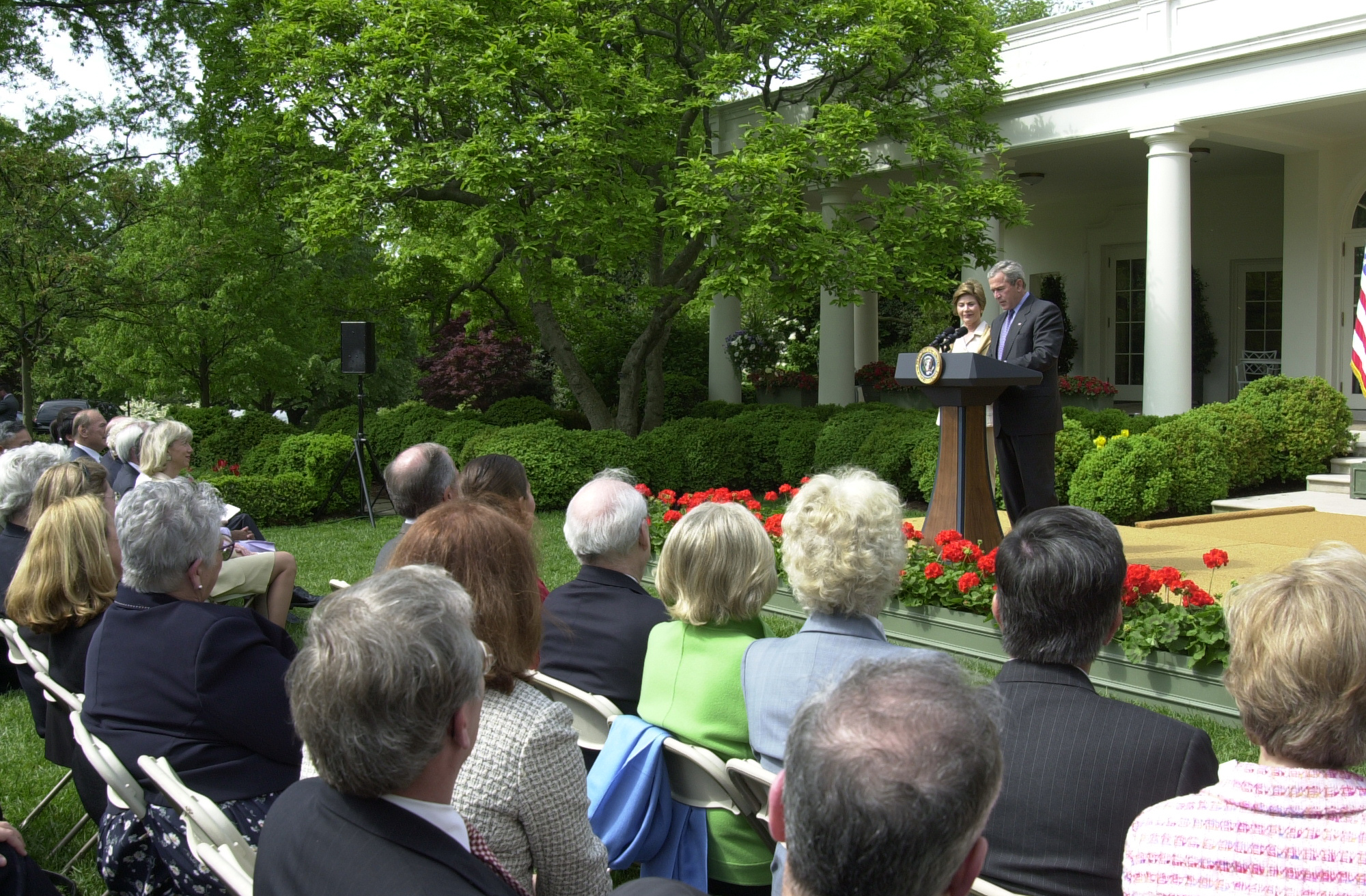 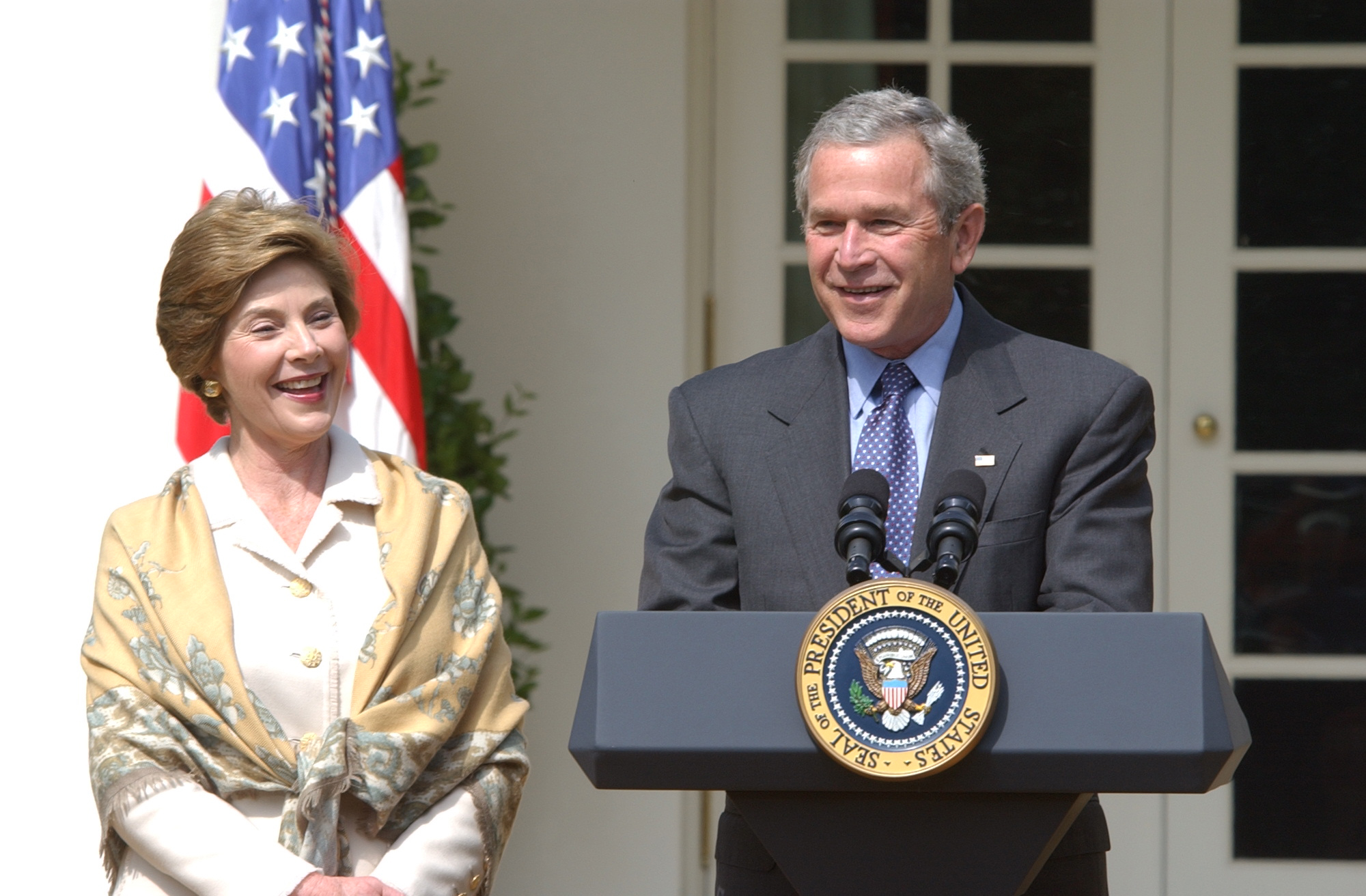 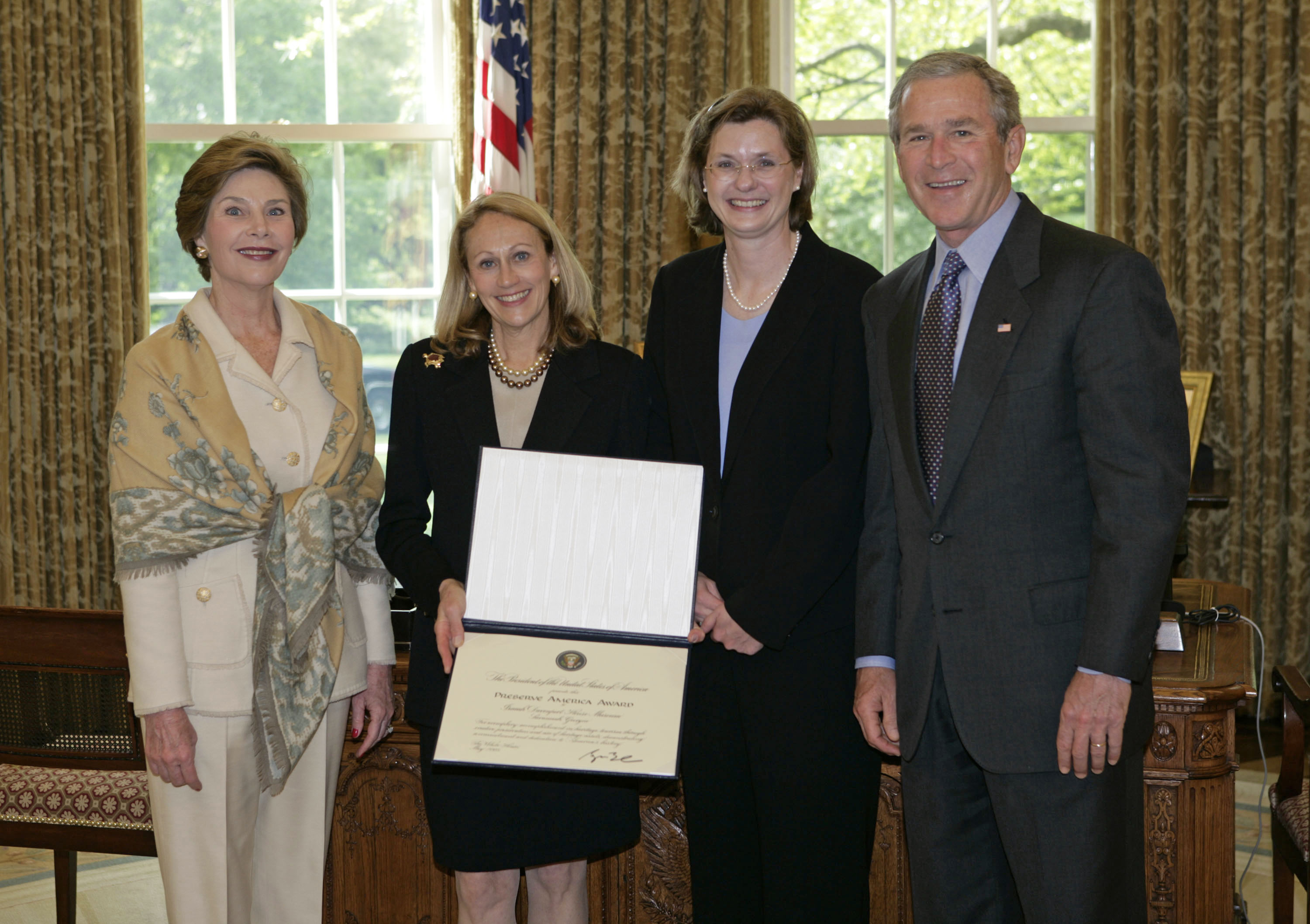 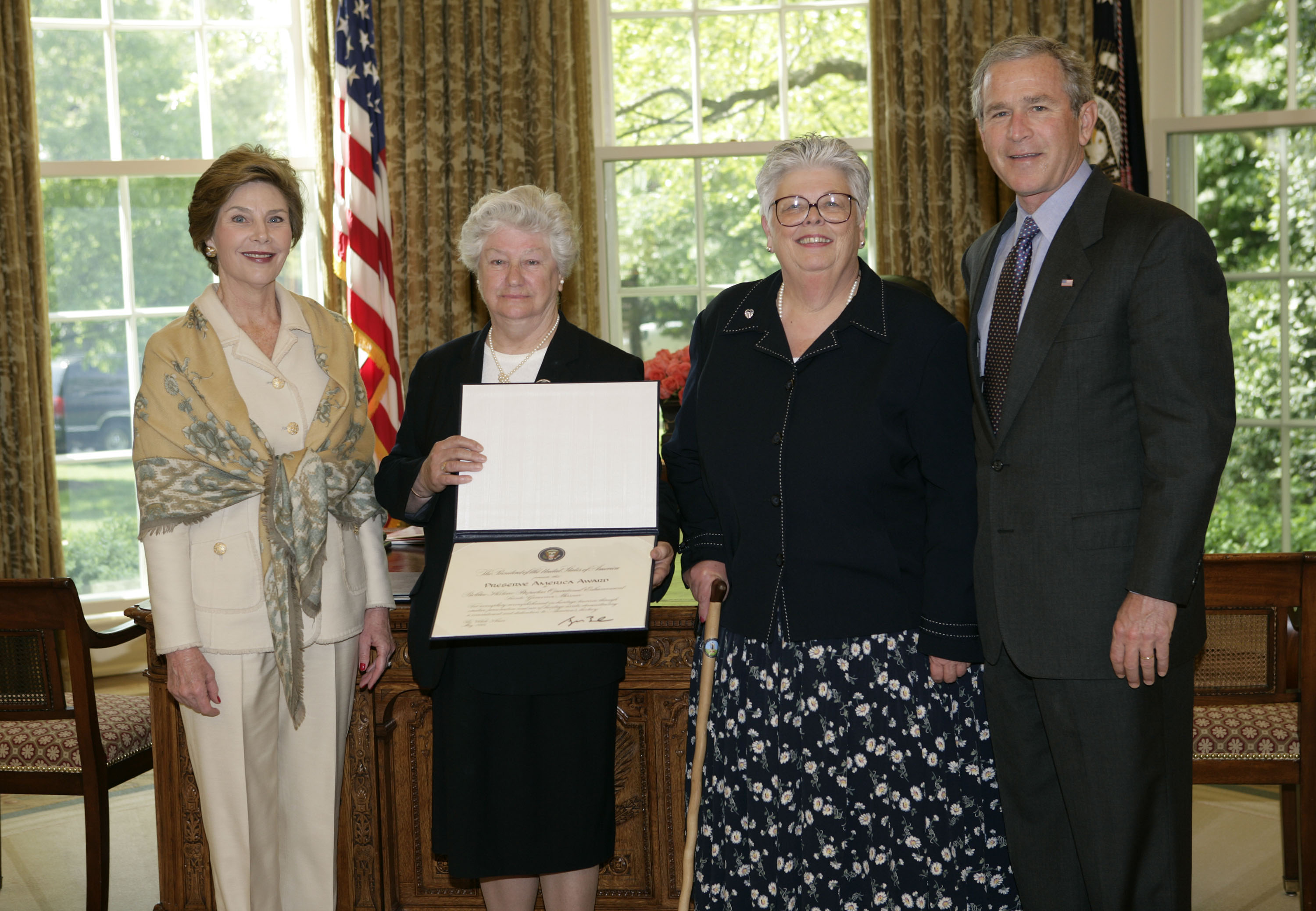 The Presidential Awards are one component of Preserve America, a White House initiative that highlights the efforts of President and Mrs. Bush to preserve our national heritage. Each year, two awards are given for activities advancing heritage tourism and two awards are given for privately funded historic preservation projects or programs. This was the second year the Preserve America Presidential Awards were conferred in May, which is National Preservation Month.

In the Heritage Tourism category, the two winners were:

In the Privately Funded Preservation category, the two winners were:

The Preserve America Presidential Awards are given annually to organizations, businesses, government entities, and individuals for:

Mrs. Laura Bush is Honorary Chair of the Preserve America initiative. The recipients are chosen through a national competition administered by the Advisory Council on Historic Preservation in partnership with the U.S. Departments of Agriculture, Commerce, Defense, Education, Housing and Urban Development, Interior, and Transportation; the National Endowment for the Humanities; the President's Committee on the Arts and Humanities, and the Council on Environmental Quality; in cooperation with the Executive Office of the President.

“The four award winners being honored epitomize the Preserve America goals of preserving, sharing, and putting to productive use irreplaceable existing reminders of our national heritage,” said John L. Nau, III, chairman of the Advisory Council on Historic Preservation, which helps administer the awards program.

“They all have succeeded through building creative partnerships from the local to the national levels, and in doing so have created models for other efforts across the country.”

Restoration of The Mount

The Mount, the country estate of renowned author Edith Wharton, fell into such disrepair that it became an eyesore and embarrassment to the local community. Edith Wharton Restoration, Inc. gave it new life by forming creative partnerships and raising $11.4 million for its restoration.

In 2002, the estate reopened as a meticulously restored villa. Visitation has increased more than three-fold and the economic impact has been substantial on the immediate and surrounding areas.

As a result of this highly replicable Texas Historical Commission initiative, all 254 Texas counties are receiving heritage tourism assistance, and communities that once competed for visitors are now combining efforts to increase overall tourism. Participating sites have experienced an average annual visitation increase of 20 percent.

Bolduc Historic Properties maintains three houses in a French Colonial settlement along the Mississippi River that document and interpret the French experience in North America. Among them is the circa-1785 Bolduc House Museum, a National Historic Landmark in the care of the Colonial Dames of America, which has been restored and furnished with rare French furnishings, some original to the house.

The 10-year restoration of all three structures and associated properties, including vegetable and decorative gardens, was completed in August 2004.

The restoration of the 1820s-era Isaiah Davenport House Museum has been cited as the initial project that spurred Savannah's preservation ethic, saving the 1733 city plan and hundreds of structures now encompassed in a National Landmark District.

In 2000, after successful private fund-raising efforts, a three-year, three-phase restoration project of the Davenport House began. The museum is now operationally self-funded through innovative revenue sources, including the annual Savannah Garden Exposition. Tourism today produces $1 billion annually for the city. 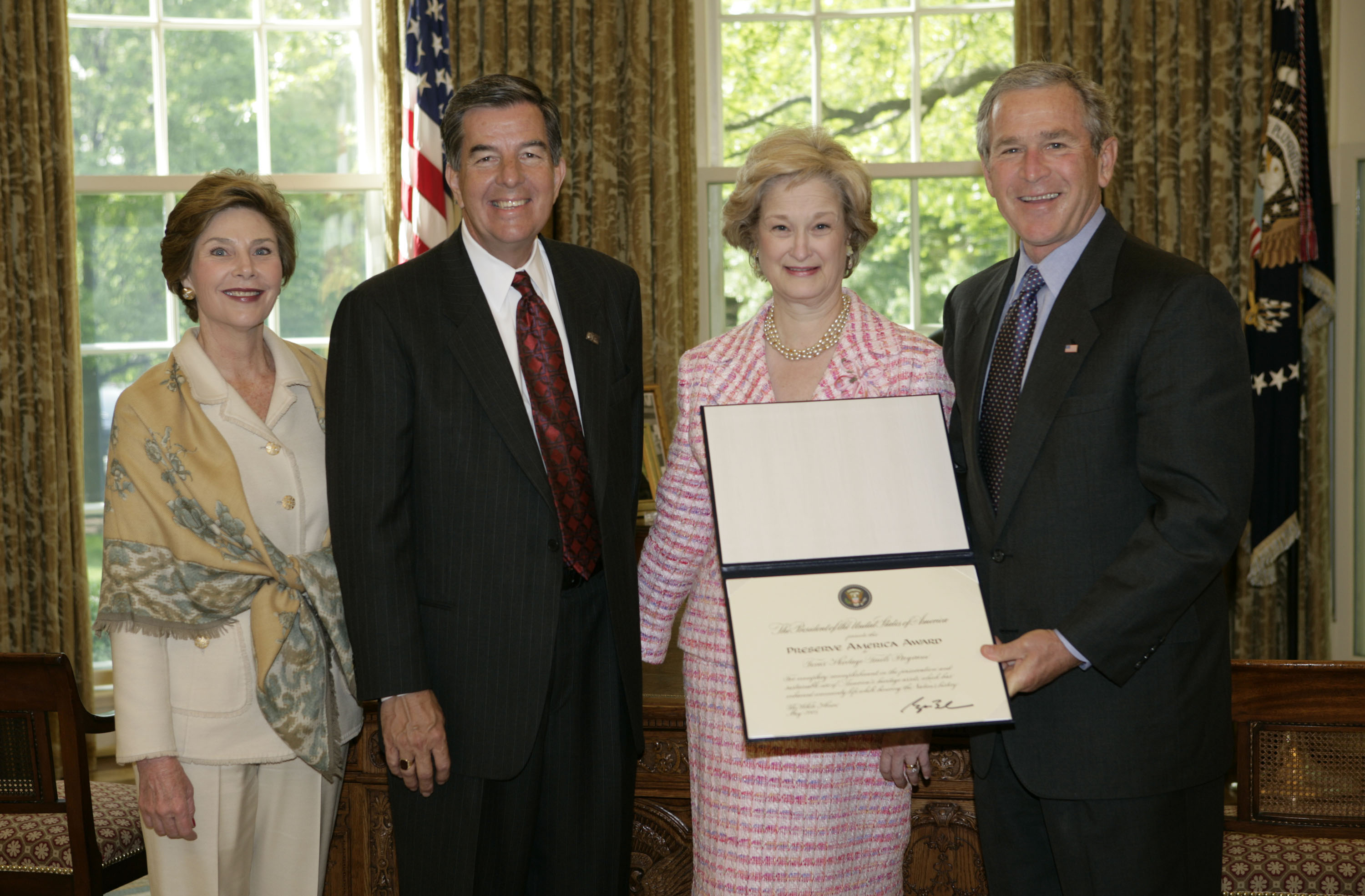 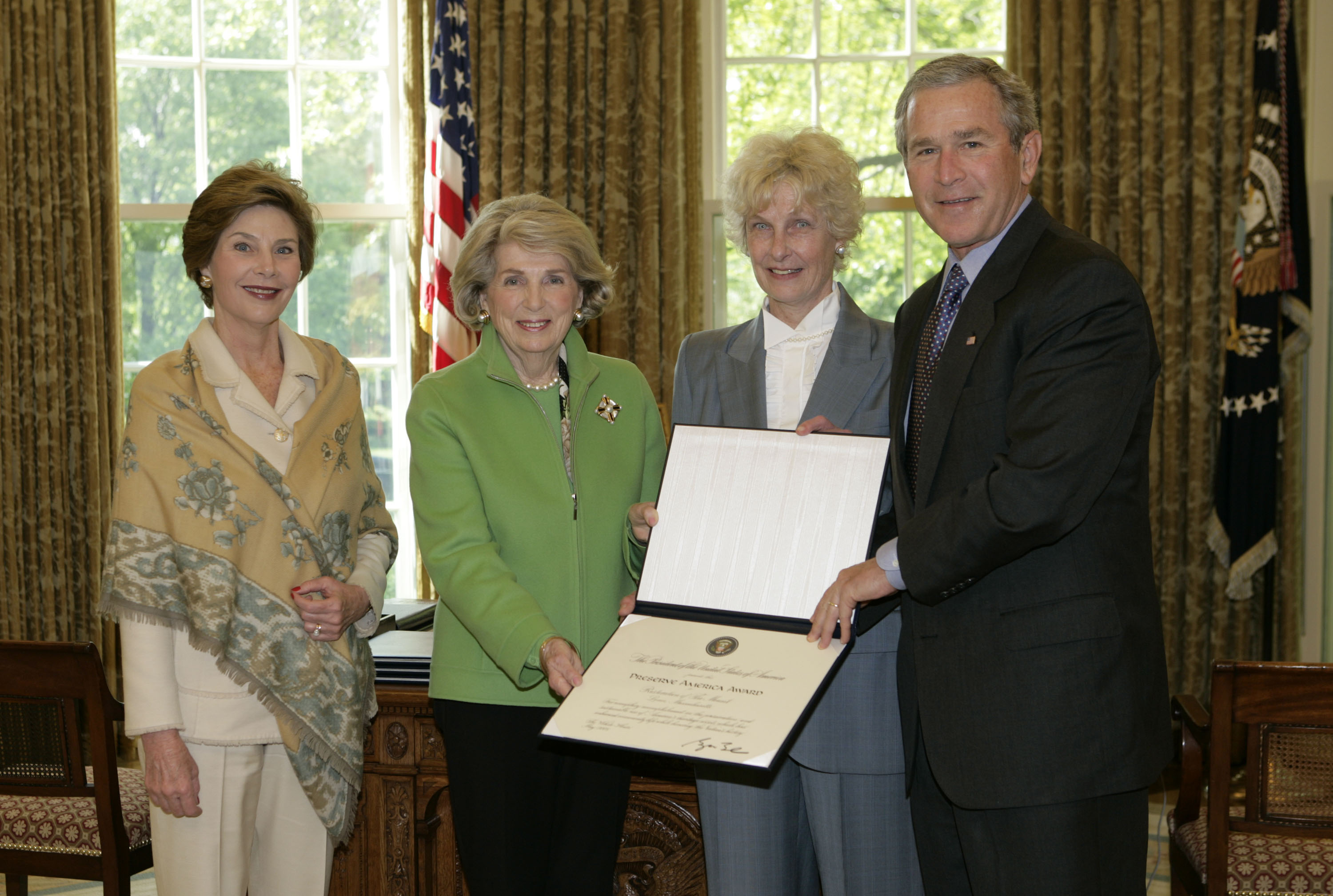 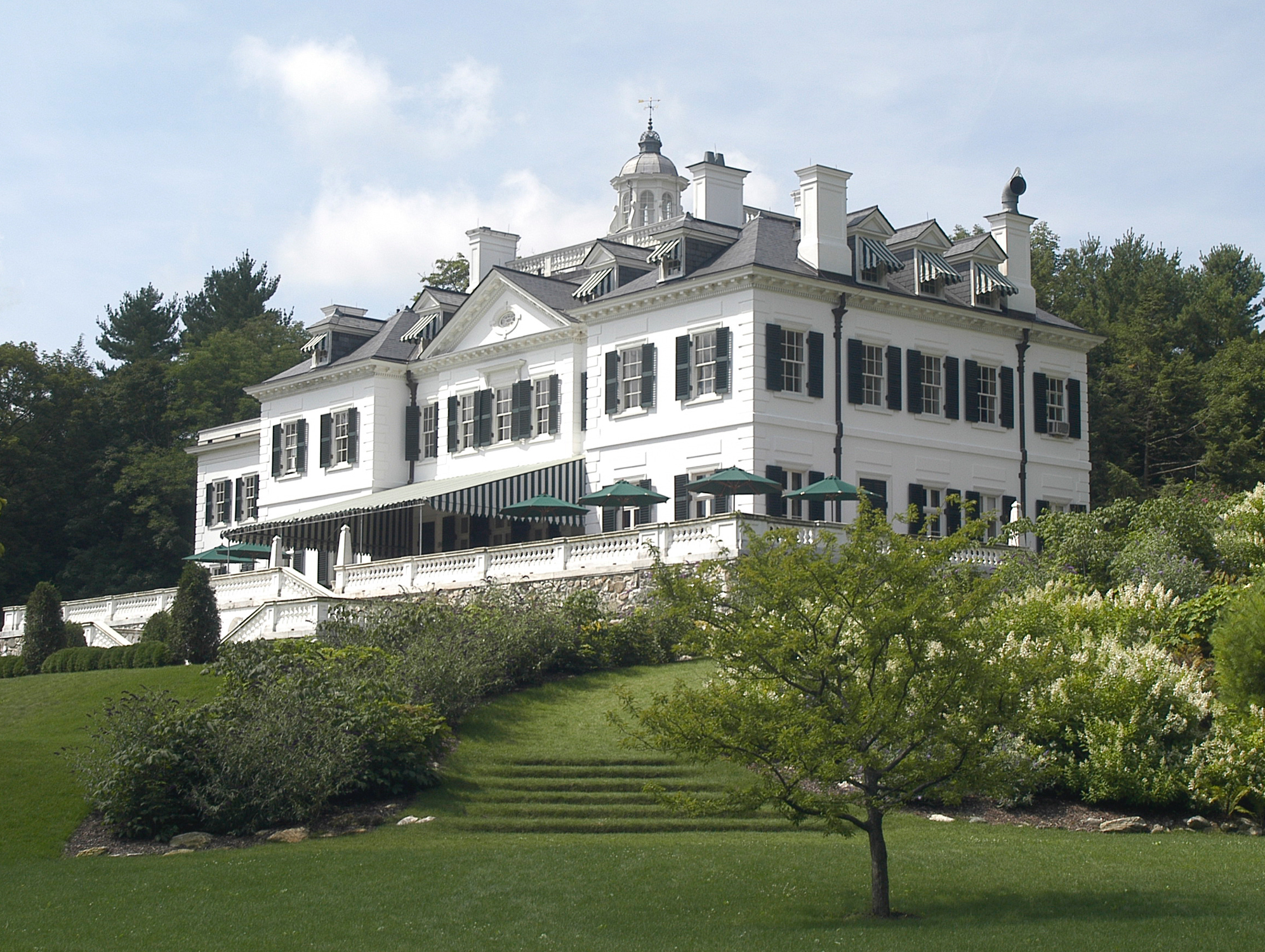 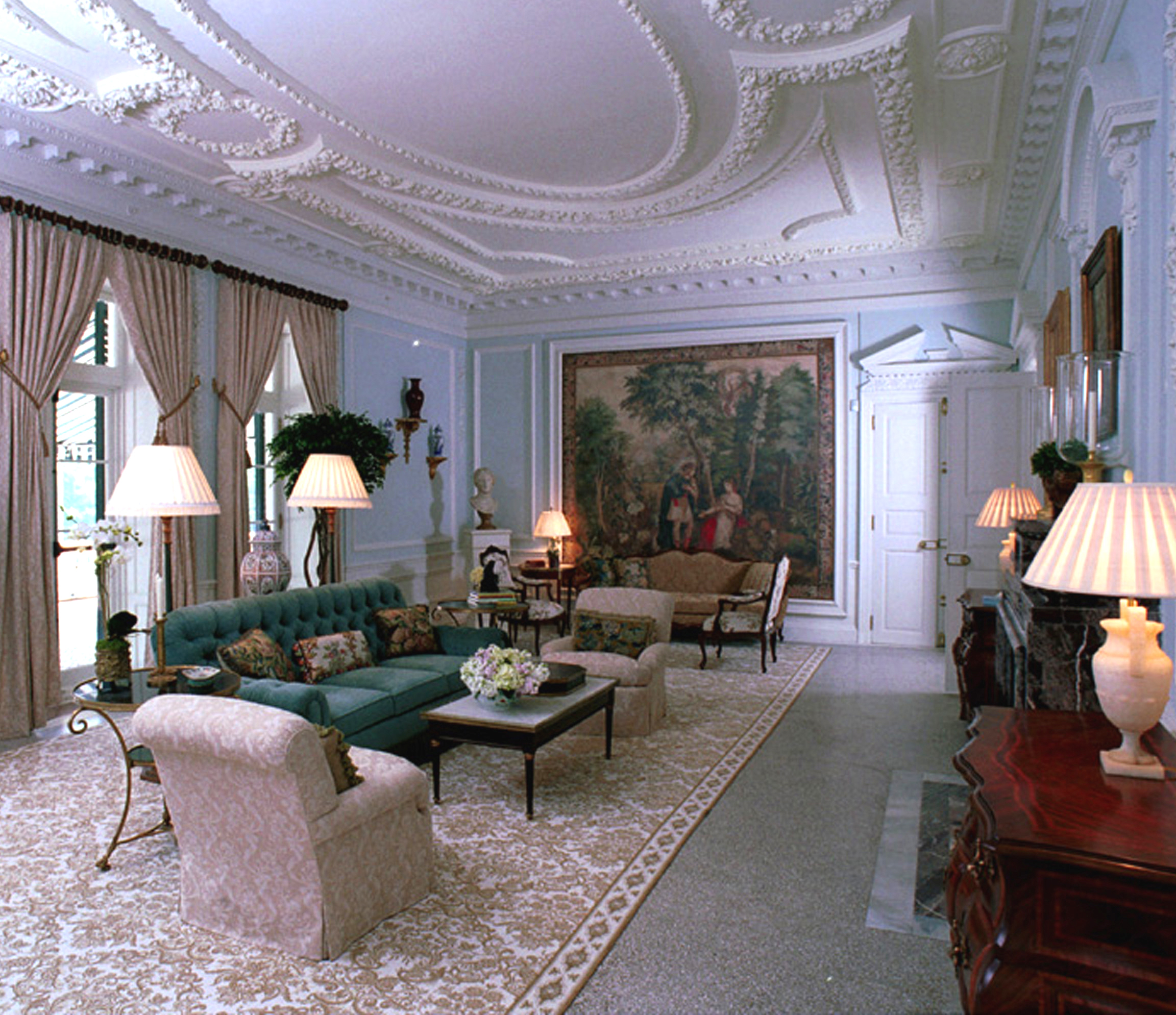 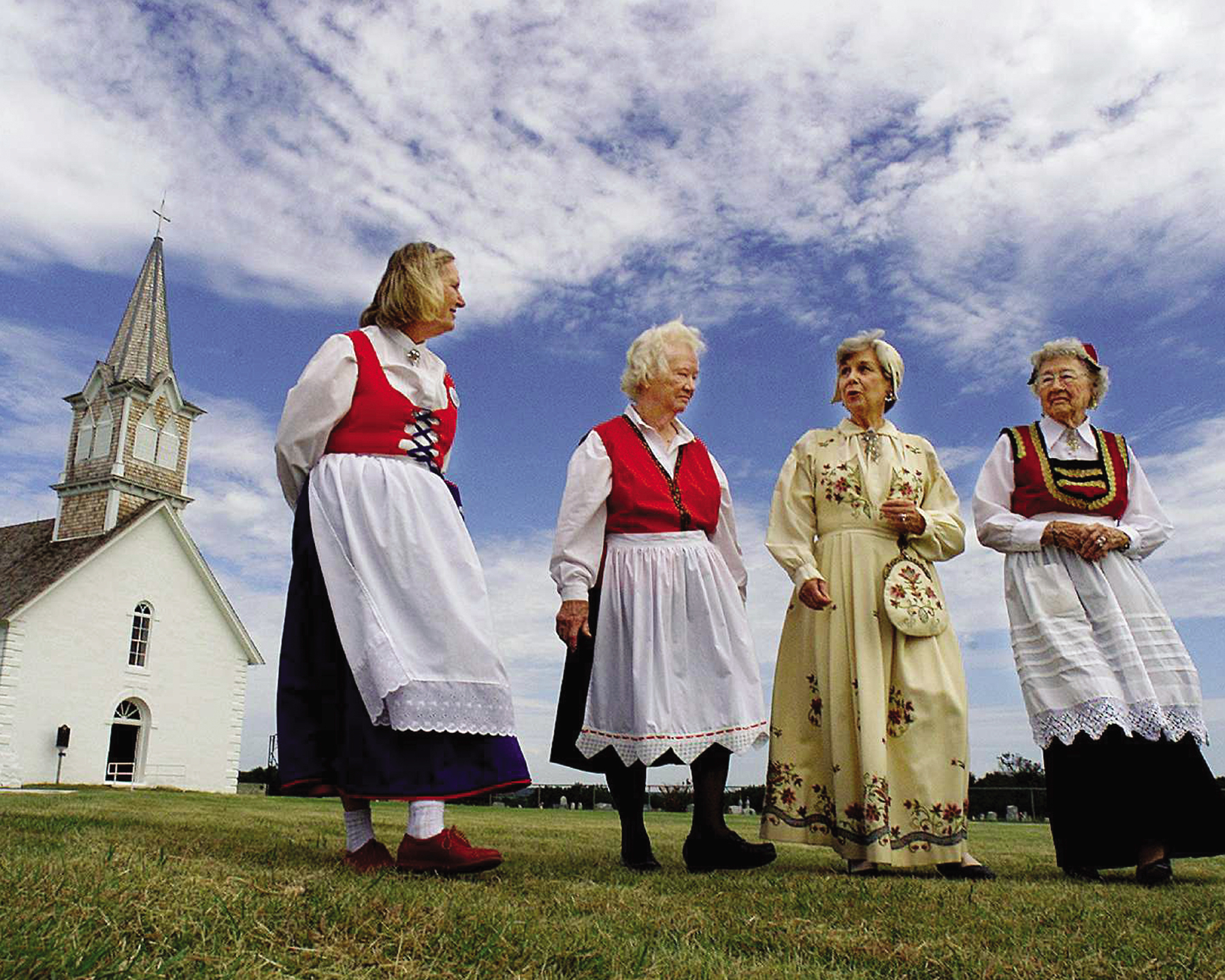 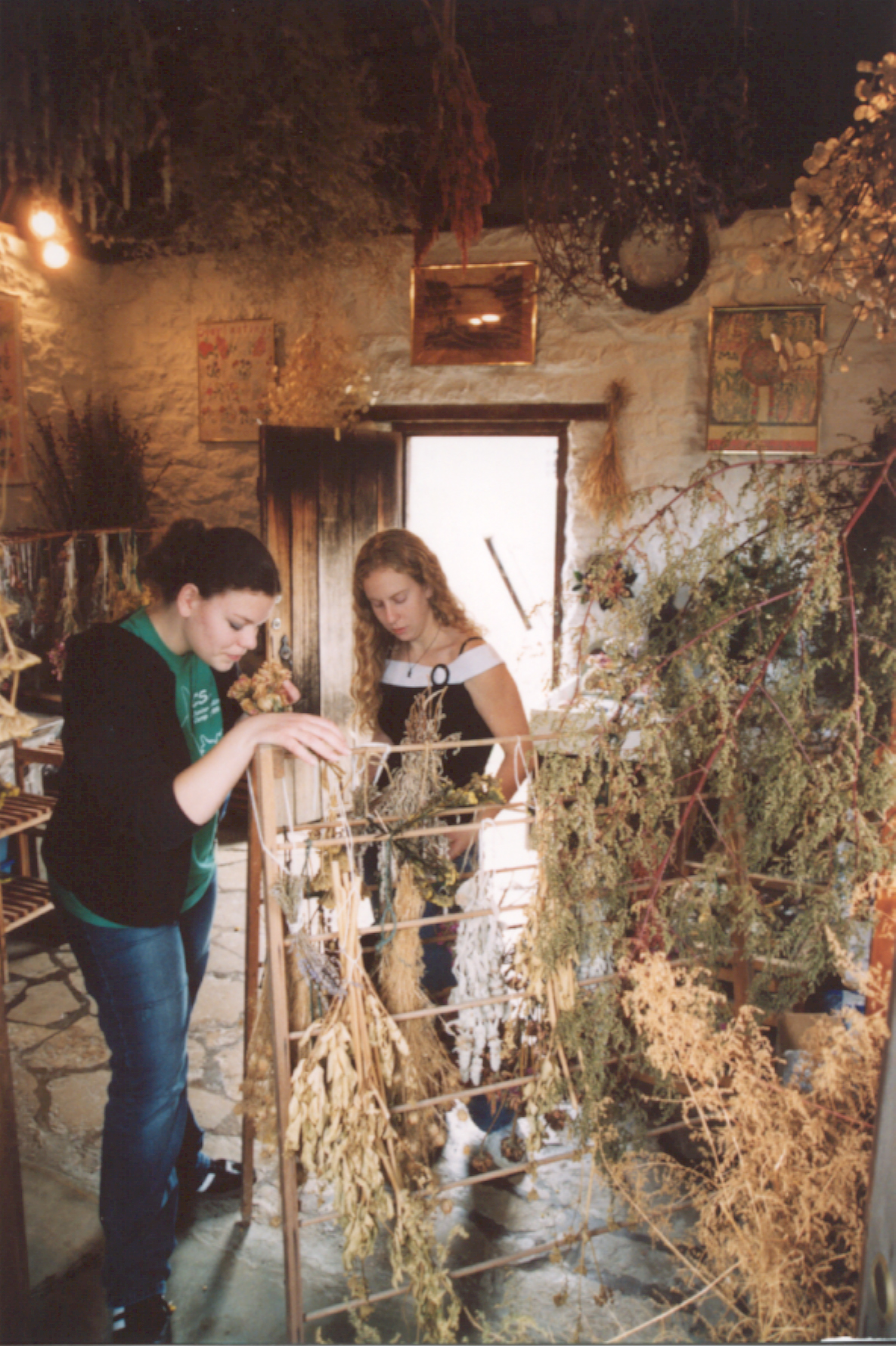