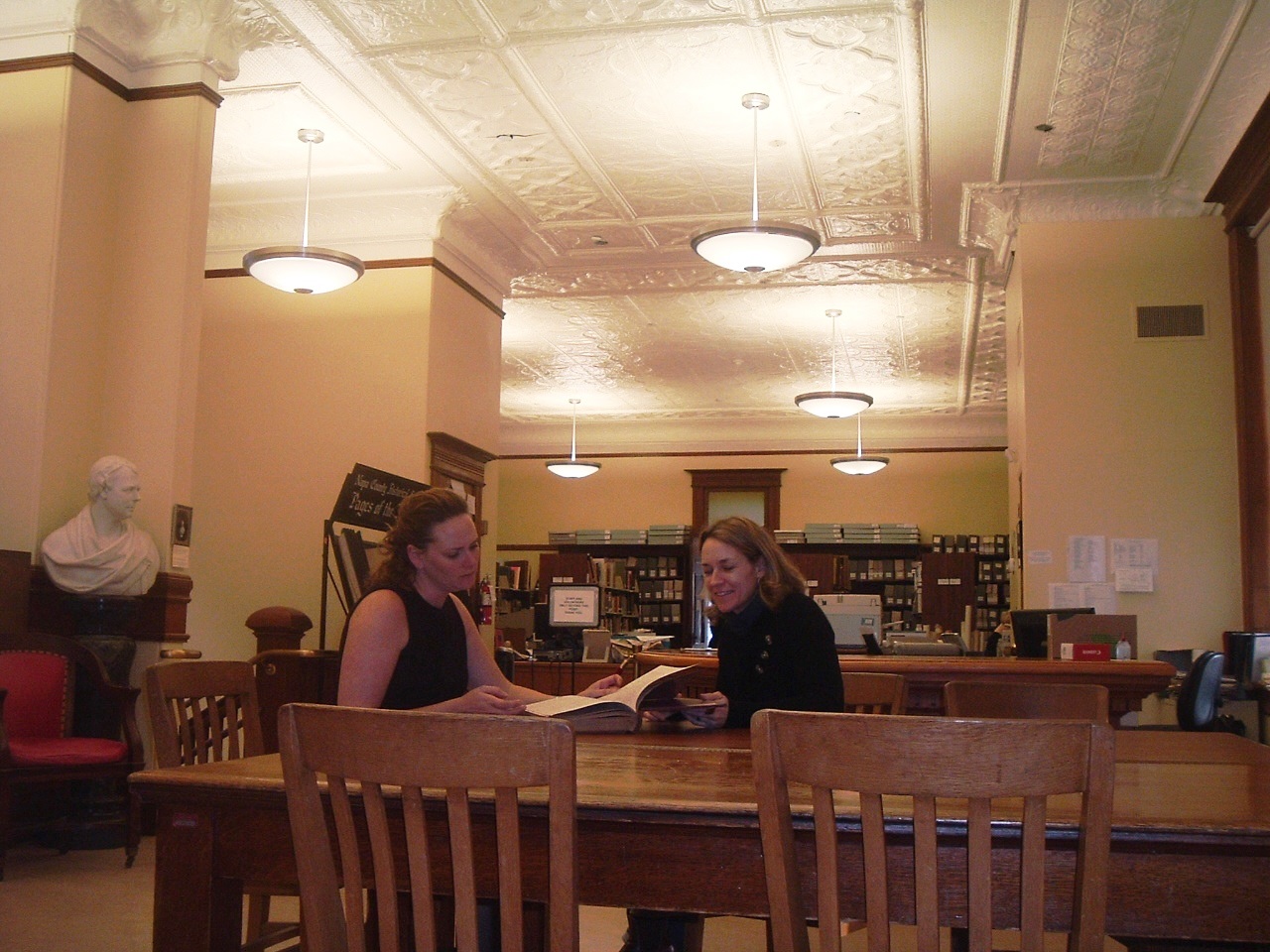 The Reading Room of Napa's 1901 Goodman Library, the oldest library in California still in use for its original purpose .
SHARE

The city of Napa (population 76,160) was originally laid out by Nathan Coombs in 1848. Settlers first attracted to the area during the Gold Rush soon began farming in Napa Valley. Wheat, cattle, fruit, and wine operations expanded, and the town, strategically located on the Napa River, also grew. The river, essential for transporting produce out of the county, was also an excellent location for factories, and Napa boasted a thriving tanning industry by 1900.

Around the turn of the century, the wine business was threatened by a vine-killing pest, phylloxera. Prohibition and the Great Depression meant further hard times for the wine industry and the city of Napa. During World War II, however, nearby defense plants reversed the decline, boosting the local economy and population. By the 1960s the wine business had recovered, and Napa became known as California’s premier wine-growing region. The valley’s popularity as a tourist destination increased throughout the 20th century, and heritage tourism and the wine business are the pillars of the local economy.

For over a decade, the City of Napa’s Redevelopment Agency has used its façade improvement program to preserve historic buildings while fostering economic revitalization in the city’s core. In 2007, the program enabled the renovation of the Wallace Building, a unique, triangle-shaped structure built into the acute angle of an intersection in downtown Napa in the early 1900s. Originally a private residence, the Wallace Building housed a succession of businesses beginning in 1933. Nearly 50 years later, the building’s owner, with help from the Redevelopment Agency, restored the structure’s period appearance, and a new business moved in.

Another fixture of the city is the historic Goodman Library, the oldest library in California that is still in use as such. Built in downtown Napa in 1901, the library is open to the public for research and regularly hosts museum installations, often on local history topics. The building also houses the Napa County Historical Society and Napa County Landmarks. Though the city recently seismically reinforced and updated disability access to the building, the project preserved the library’s original appearance, including its interior layout, woodwork, and fixtures.

In 2000, when the City of Alameda’s Downtown Vision Plan and Economic Development Strategic Plan established goals for the revitalization of the Park Street Historical Commercial District, the Alameda Theater presented an opportunity for an anchor to draw more people to the downtown core and enliven the streets in the evening hours. The City proposed a public-private partnership to restore and expand the theater. The $37.6 million project was approved in 2005, and the Alameda Theater and Cineplex opened with a gala event in 2008.

The City of Napa