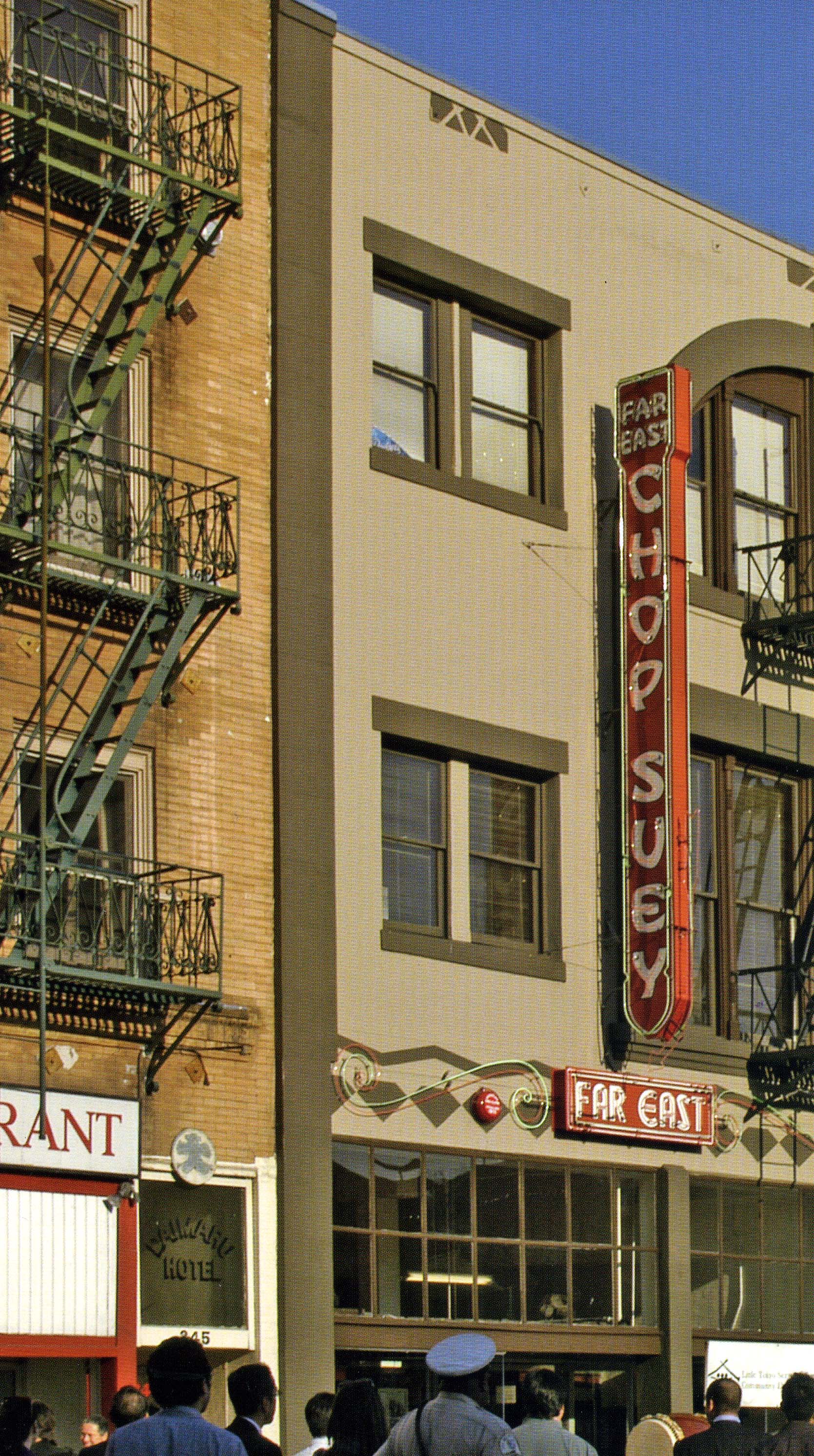 The history of Little Tokyo (population 40,000) in Los Angeles, California, began in 1885 when a Japanese seaman, Hamanosuke Shigeta, opened a restaurant on First Street. By 1900, several more businesses had been established, and the first-generation Japanese American (issei) community was booming. During this period, Little Tokyo’s population expanded as issei came to Los Angeles searching for jobs and housing. Little Tokyo was one of the first and largest Japanese American urban communities to form in the United States.

The later post-war years began urban renewal and opened the door to Japanese corporate capital. Although the area has gone through many changes over the last 100 years, it continues to serve as a center and symbol for the Japanese American community and history.

The Japanese American National Museum in Little Tokyo is the largest museum in the country dedicated to sharing the experience of Japanese Americans. It conducts a monthly walking tour of the area for visitors. The first Buddhist Temple constructed in Los Angeles, a historic building built by Japanese immigrants in 1925, serves as the original National Museum building.

Other places of interest include the restored 1890s Beaux-Arts Far East Building and the historic Far East Café, which opened its doors in the 1930s. Thirteen bronze markers throughout the area provide information about Little Tokyo’s historic resources. The James Irvine Japanese Garden is another popular tourist attraction.

Each year, the community sponsors Nisei Week Festival, which was founded in 1934, and today lasts a full month. The event features a parade, traditional Japanese dancing, taiko drums, and martial arts, as well as cultural exhibits and a street arts festival.