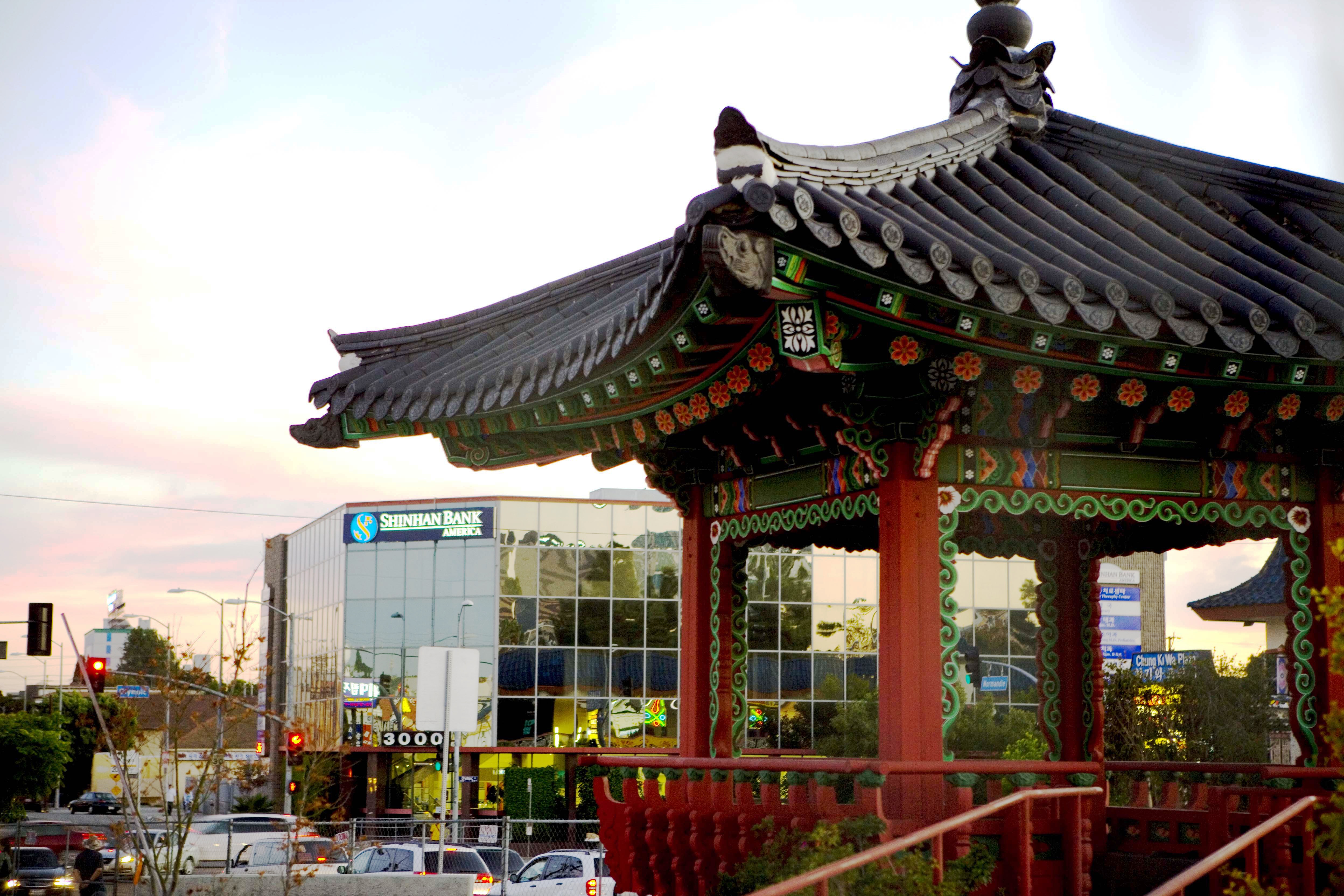 The Koreatown neighborhood of Los Angeles, California, (population 100,000) dates to 1904, when the first Korean arrived in the city. The first Koreans who settled in Los Angeles were farm laborers and railroad workers. The early Korean population concentrated in the poor, working class neighborhood of Bunker Hill. As the number of immigrants increased throughout the 1930s, the community shifted westward along Jefferson Boulevard, which became the center for Koreans in the United States.

The Immigration Act of 1965 enabled a new cluster of Korean immigrants to establish businesses, churches, and homes further west into the area of present day Koreatown. Korean grocery stores, banks, restaurants, doctors' offices, cafes, and nightclubs continued to develop in the area. Today, Koreatown encompasses more than two square miles just west of downtown Los Angeles and continues to have the highest concentration of Koreans in the United States and outside the Korean Peninsula.

The Koreatown Pavilion Garden, Da Wool Jung, is located in the heart of Koreatown, and was dedicated in 2006. The 5,000 square foot pavilion is located across the street from the location of the first Korean grocery store, opened in the 1960s. Made of pine and dyed in traditional shades of green, rust, and red, the open-air pavilion is topped by an upswept tiled roof and contains a seating area open to the public. The project was initiated by the Korean American Chamber of Commerce and funded by private and public funds. The site was provided by the city of Los Angeles. Da Wool Jung is Koreatown's gateway monument to symbolize the cultural, economic, and political growth of the Korean American community.