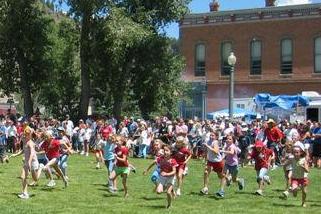 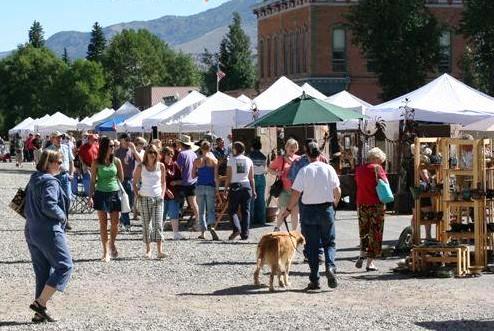 Lake City, Colorado (population 382), is located on the eastern side of the San Juan Mountains in southwestern Colorado. It is the seat of Hinsdale County, the least populated county in the state. The town originated as one of the most isolated of the major 19th century Colorado silver camps and was named for the nearby Lake San Cristobal.

Prospecting began in the area around 1871, and after a road building party found gold in nearby hills, the town flourished. The arrival of the Denver & Rio Grande railroad in 1889 provided cheap transportation for the ore, facilitating full development of the mines. Until the silver boom ran out, prosperous Lake City supported two banks, two breweries, seven saloons, and the first church and newspaper on Colorado’s Western Slope.

Today, Lake City is a very well preserved town full of turn-of-the-century architecture. Visitors can explore the Victorian charm of downtown with over 75 buildings from the late 1800s - one of Colorado's largest historical districts. Lake City became a Main Street community in 2005 through the efforts of its Downtown Improvement and Revitalization Team, a public-private partnership. The Arts Council aims to purchase and renovate an historic commercial building a community arts center in cooperation with DIRT.

The County Historical Society offers guided walking tours in summer, and the Hinsdale County Museum offers exhibits on the trial of the notorious cannibal Alferd Packer and the area’s mining history, plus a furnished 1870s-era Victorian home. With the cooperation of property owners, interpretive signage has been placed at 17 locations in the historic district. Hikers can also explore empty cabins and entire ghost towns that dot the hills above the town.

Lake City’s economy is primarily based on tourism, as it is a gateway to some of the most remote and beautiful countryside in America. National forests (600,000 acres) surround this small town, and the Alpine Loop Scenic Byway starts here, as does the Silver Thread Scenic Byway. Much of the route of the Silver Thread Scenic Byway traces portions of the two 19th century toll roads built to exploit mining and commercial possibilities in the San Juan Mountains. The community has received Transportation Enhancement funding for interpretive kiosks and brochures for sites along the Byway.