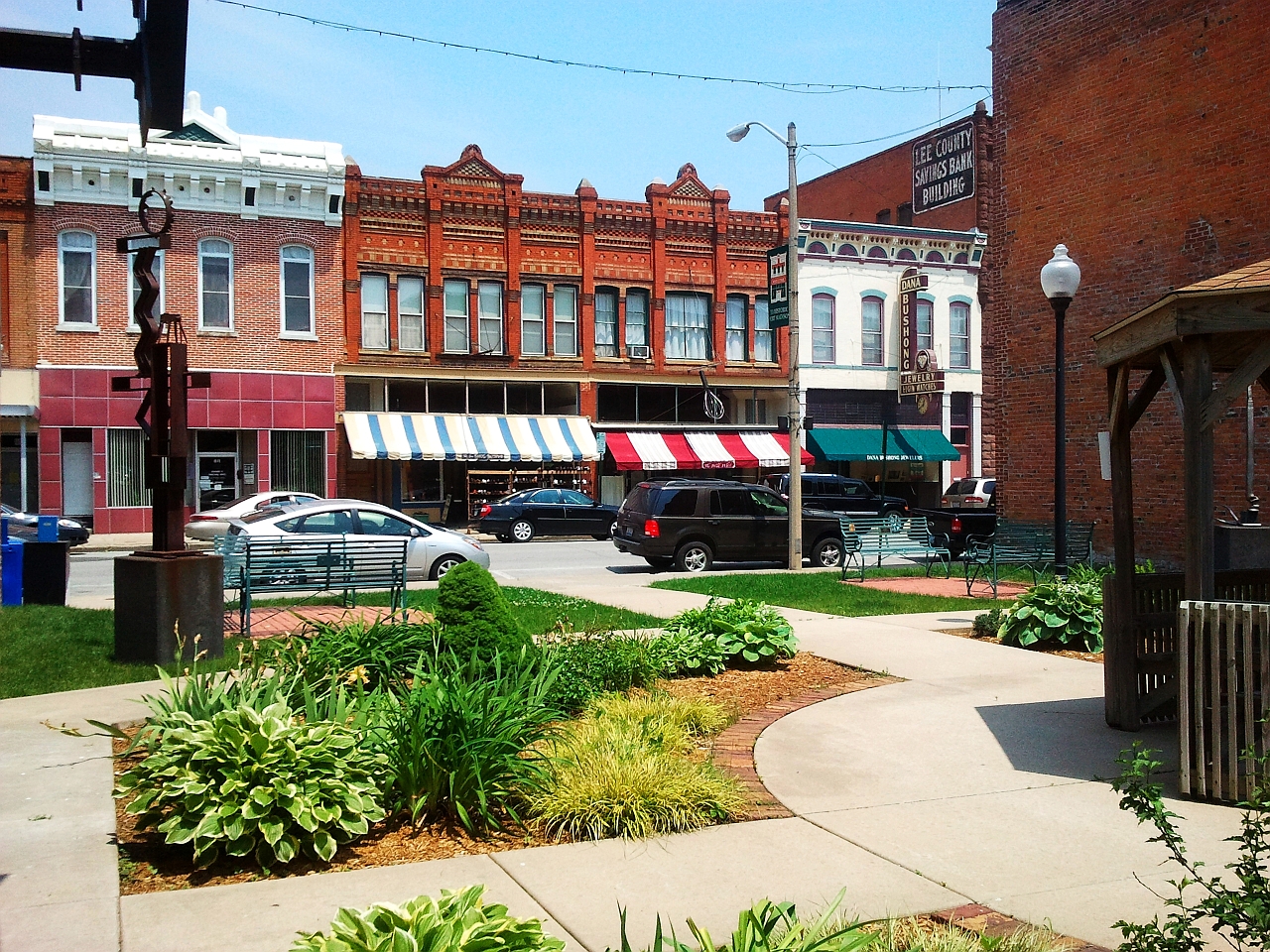 Named after a War of 1812 military post established during the term of President James Madison, Fort Madison, Iowa (population 11,000) was founded in 1838. Tucked between the banks of the Mississippi River and a set of bluffs, Fort Madison is home to a territorial penitentiary that was founded in 1839 and is still operational today. The Lee County Courthouse, built in 1841 and Iowa’s oldest courthouse in continuous use, is also located in Fort Madison.

While Fort Madison was originally developed as a river trading post, the town eventually became largely reliant on railroads and the manufacturing industry. These railroads still have a notable presence in Fort Madison, with nearly 100 freight trains passing through daily. Amtrak visitors are greeted by the restored historic Santa Fe Depot, while train enthusiasts can capture the incoming trains via pedestrian bridge.

Highlights of Fort Madison include Old Fort Madison, a reconstruction of the frontier outpost used in the War of 1812. The site features tours and historical interpretation throughout the summer. The entire downtown commercial area is listed on the National Register of Historic Places and is a designated Main Street community, with a variety of quaint shops and eateries. A driving/walking tour describing the town’s numerous Victorian homes and parks is also available. Fort Madison is also home to the Sheaffer Pen Museum, a busy Art Center, and a community-supported museum that features many artifacts and exhibits from the original frontier outpost and the area’s participation in the Civil War. Fort Madison also offers a plethora of events and activities for people of all ages, and is famous for its Tri-State Rodeo, Big Buckle Bash and Wine & Beer Walk.

In the late 1980’s, Fort Madison was designated a Certified Local Government (CLG) and has since received seven grants from the State of Iowa in order to further its preservation efforts. Most recently, Fort Madison was given a grant by the Iowa Economic Development Authority to restore the facades of over a dozen historic buildings and create downtown Design Guidelines.