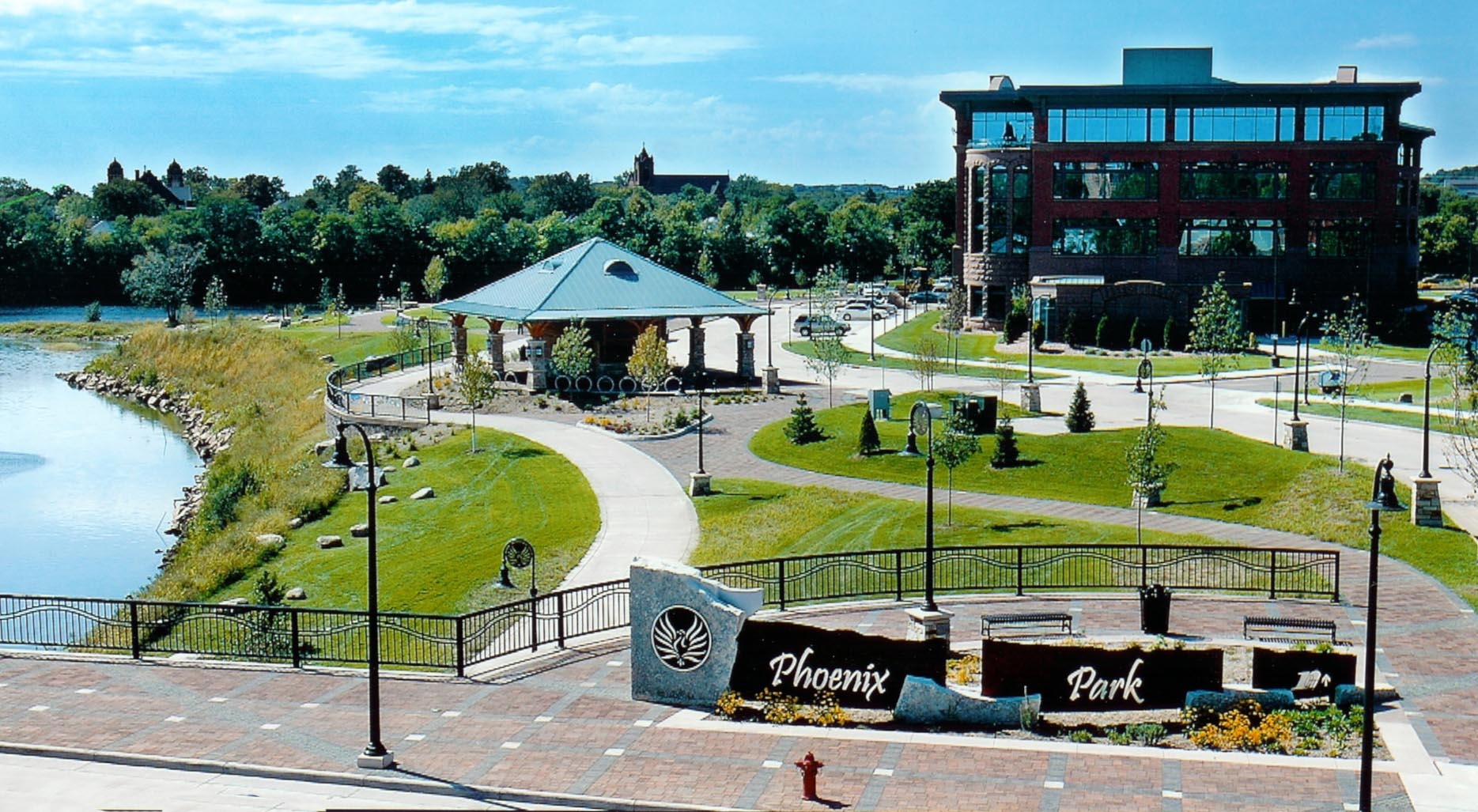 Located at the confluence of the Chippewa and Eau Claire rivers, Eau Claire, Wisconsin, (population 62,570), was originally incorporated in 1872 as a frontier logging town. The town was the location of one of two major sawmills along the Chippewa River.

By the end of the 19th century, loggers had virtually exhausted the pine timber along the river, and most of the town’s lumber mills closed. In 1916, Eau Claire became the home of Gillette Safety Tire Company, later purchased by Uniroyal.

Eau Claire’s economy stumbled slightly in the early 1990s with the loss of several thousand manufacturing jobs at the Uniroyal tire plant. The city rebounded when a number of computer hardware manufacturers moved into the region.

Today Eau Claire is home to several universities and colleges, which create a backbone for its strong economic progress in manufacturing, information technologies, health care, and retail trade. The town is at the head of the Chippewa River State Trail, a biking and recreation trail that follows the lower course of the Chippewa River.

Each September, the Historic Homes Tour opens doors to the public, and the annual Sinterklaas Market features artists and craftspeople from throughout the Midwest.