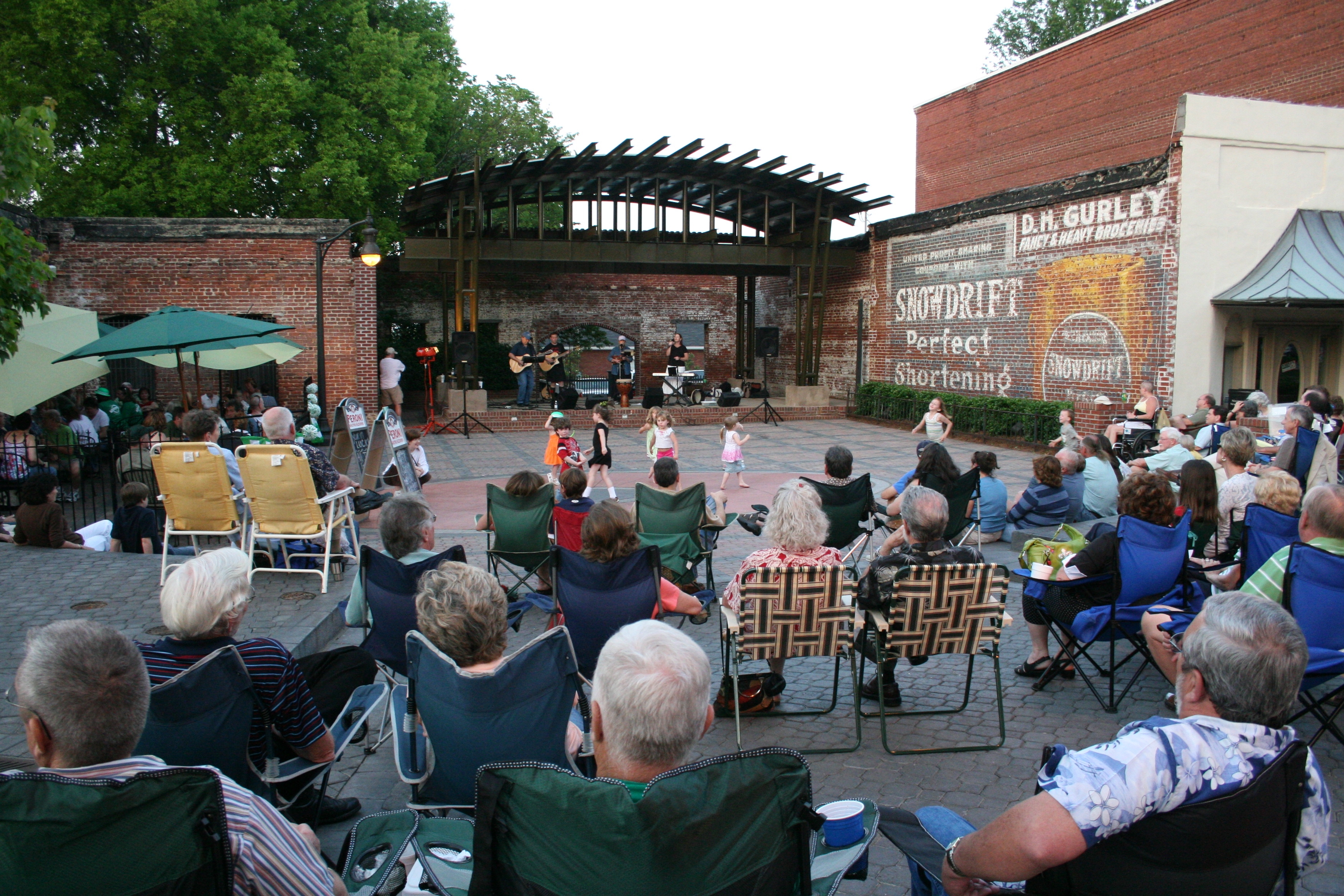 All ages enjoy a concert in O'Neal Plaza, a gathering place among historic buildings and advertisements in Douglasville, Georgia
SHARE

Douglasville, Georgia, (population 31,000) was established by charter on February 25, 1875. Douglasville is a post-bellum railroad town that developed a commercial district sustained by local agriculture and the mill industry.  It is near Sweetwater Creek State Park, a wilderness preserve that contains the ruins of the New Manchester Manufacturing Company, a textile mill burned during the Civil War. Today Douglasville is right outside Atlanta.

The core area of downtown Douglasville is listed on the National Register of Historic Places as a historic district; an outstanding example of a turn-of-the-century southern railroad town, as is the Sweet Water Manufacturing Site. The Historic Preservation Commission maintains an up-to-date inventory of historic resources, reviews applications for work affecting those resources, and is responsible for many other preservation efforts. Douglasville also boasts the most environmentally responsible Visitor’s Center in Georgia, which is LEEDNC Platinum certified.

Douglasville has been a Main Street community since 2000.  In partnership with the Downtown Development Authority, the Main Street Design Committee manages a façade grant program that has contributed $60,775 in matching funds to date as an incentive to private preservation efforts and has involved 25 businesses.

Partnerships among the city, the Cultural Arts Council of Douglasville/Douglas County, and the Chamber of Commerce on heritage tourism programs have also proven to be valuable when it comes to fostering economic development within the community. Volunteer initiatives, such as the Hydrangea and the Juneteenth festivals, introduce visitors to Douglasville’s historic resources and have been supported and encouraged by the local government. Free concerts, an independent film festival, a Taste of Douglasville event and a Chili Cook Off all draw participants who spend money in the downtown historic district. Each May during Historic Preservation Month a successful networking program, including a business card exchange over coffee, is held in the heart of the historic area.

The International style Old Douglas County Courthouse (1956) is home to a museum of history and art, the Douglas County Historical Society, the Douglas County History and Tourism Commission, the Black Educational and History Exhibit, public archives, art and photography exhibits, and live performances. The courthouse’s iconic 1950s civic architecture, and the courthouse office—which preserves all the original furnishings, accessories, and décor—have made it a sought after location by film production scouts.