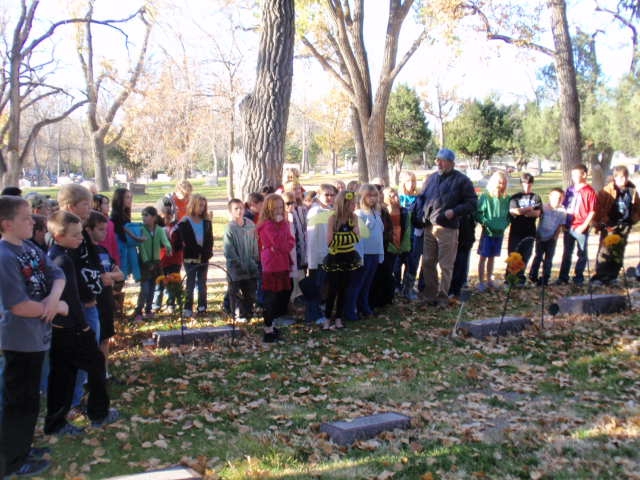 Douglas (population 6,120) is located in east-central Wyoming on the banks of the North Platte River and is the county seat for Converse County. It is known as the “Home of the Jackalope”- a mythical creature that is part antelope and part jackrabbit. Incorporated in September 1887, Douglas was born as the result of the extension of the Fremont, Elkhorn and Missouri Valley Railroad through Central Wyoming.  It was named after Stephen A. Douglas, a noted statesman from Illinois.

Douglas lies along a number of historic trails, including the Oregon and Bozeman Trails.  The early history of the region is filled with Native American heritage and culture, cattleman-homesteader conflicts, and political struggles. Douglas served as headquarters and shipping point for the cattle and sheep industry which had developed on the vast prairie and mountain pastures. The town dwindled as the railroad construction moved further west and stayed mostly unchanged for the next 70 years. More recently, vast uranium deposits were opened and developed just north of town; coal mines started and a huge power plant was built in neighboring Glenrock. The search for oil and natural gas throughout the country in the 1970s turned the area into one of the richest in the state.

The city has partnered for 14 years with the International Order of Odd Fellows, Lodge 15, in preserving its lodge building, the former Officers Club of Camp Douglas. During World War II, Camp Douglas housed more than 3,000 Italian and German prisoners of war (POWs) at any given time in a 180-building compound spread over more than 600 acres. The Officers Club is the only building remaining intact and contains extraordinary murals of iconic Wild West scenes painted by three Italian POWs. The site is listed on the National Register of Historic Places. Douglas has invested significant funding and staff time in the conservation of the murals, repairs, and maintenance. City employees also have provided docent services to the thousands of visitors requesting a tour of the site.

In 2010, the Odd Fellows, the city, and the Douglas Historic Preservation Commission began a campaign to convince the state of Wyoming to acquire the lodge as a State Historic Site. This resulted in a strong recommendation by state parks personnel to the Wyoming legislature to acquire the site for its unique historic value, the murals, the contribution the POW workforce made to the survival of the state’s agricultural economy during the war years and its viability as part of a proposed heritage tourism trail linking the state’s WW II sites. This exceptional collection of sites includes Camp Douglas, F.E. Warren Air Base in Cheyenne, the Veterans Museum in what was the Enlisted Men’s Club at the former bomber training base in Casper, and the Japanese internment camp at Heart Mountain in Powell. The trail would lead to Yellowstone National Park, and potentially bring more visitors to Douglas’ Wyoming Pioneer Museum and Fort Fetterman (an 1867 frontier cavalry outpost) as well. The proposal drew much media attention and widespread public support, resulting in a vote to acquire the site in March 2012. The community is encouraged that the Officers Club will be saved for future generations with appropriate preservation and interpretation, while providing an economic boost to the area through increased tourism visitation.

The city offers three walking tours describing a selection of historic homes, downtown commercial buildings, and the burial sites of the colorful individuals who built the community. The property surrounding the 1886 Pioneer Cemetery still displays ruts from the California and Oregon Trails.

Located on the Wyoming State Fairgrounds in the middle of Douglas, The Pioneer Museum contains two floors of historic memorabilia from early settler and Plains Indians. Fort Fetterman, the last and longest operating fort on the Bozeman Trail, is another local attraction. A restored officer’s quarters and an ordnance warehouse stand among the many visible foundations of the Fort and Fetterman City. Visitors are encouraged to walk the grounds where interpretive signs describe how the West was won, and camping is permitted.

The Douglas Railroad Interpretive Center is home to a variety of train cars, including a locomotive, dining car, caboose, and motor car for visitors to explore, inside and out. The Douglas Area Chamber of Commerce is housed in what was once the passenger depot. The building dates to 1886 and retired from service in 1970. With a renovation from the City of Douglas, the building re-opened in 1995.

Designated a Preserve America Community in May 2012.