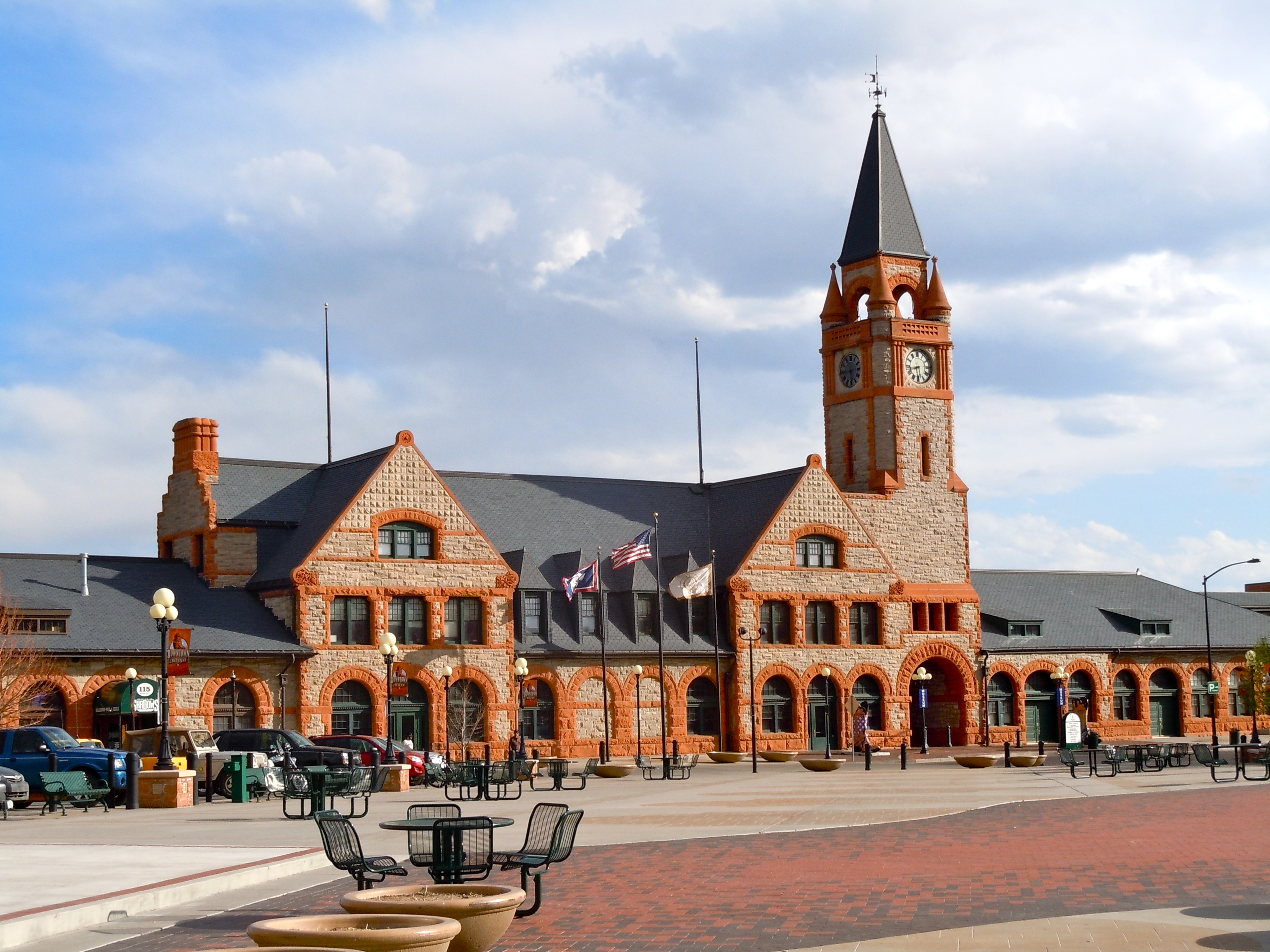 The Union Pacific Railroad Depot (1889) has been restored as the Cheyenne Depot Museum.
SHARE

Cheyenne (population 53,000) was first settled in 1867 and is the capital of Wyoming. Built along the famous Union Pacific Railroad in the heart of cattle country, the city's history reflects the development of the "Old West." That heritage is celebrated at the Cheyenne Frontier Days celebration, a festival and rodeo that has been held annually since 1897.

Many of the tangible reminders of Cheyenne's history have been preserved. The city has four National Register Historic Districts encompassing approximately 1,200 structures, and more resources are in the process of being inventoried.

Historic homes include elaborate mansions built by wealthy cattle barons from the East and abroad during the late 19th century. A project is underway to place heritage markers throughout the community to describe and interpret its historic resources.

A major preservation project nearing completion is the rehabilitation of Cheyenne's Romanesque style Union Pacific Railroad Depot (1889). Owned by the city, the building will house many of the city's economic development and tourism promotion entities, as well as a museum and restaurant.

The rehabilitated depot has become the economic anchor for ongoing and future restoration in the downtown and will be a central focal point for heritage tourism in the community.

Cheyenne is a member of Tracks Across Wyoming, a partnership of Southern Wyoming communities and organizations that has been formed to promote, preserve, enhance and interpret the area's historic transcontinental transportation corridor. The goal is to develop the heritage corridor as a tourist attraction, capitalizing on its historic and scenic resources.

Cheyenne has been designated a Certified Local Government by the National Park Service. The city's preservation efforts are led by the Cheyenne Historic Preservation Board, which has been in existence since 1986.