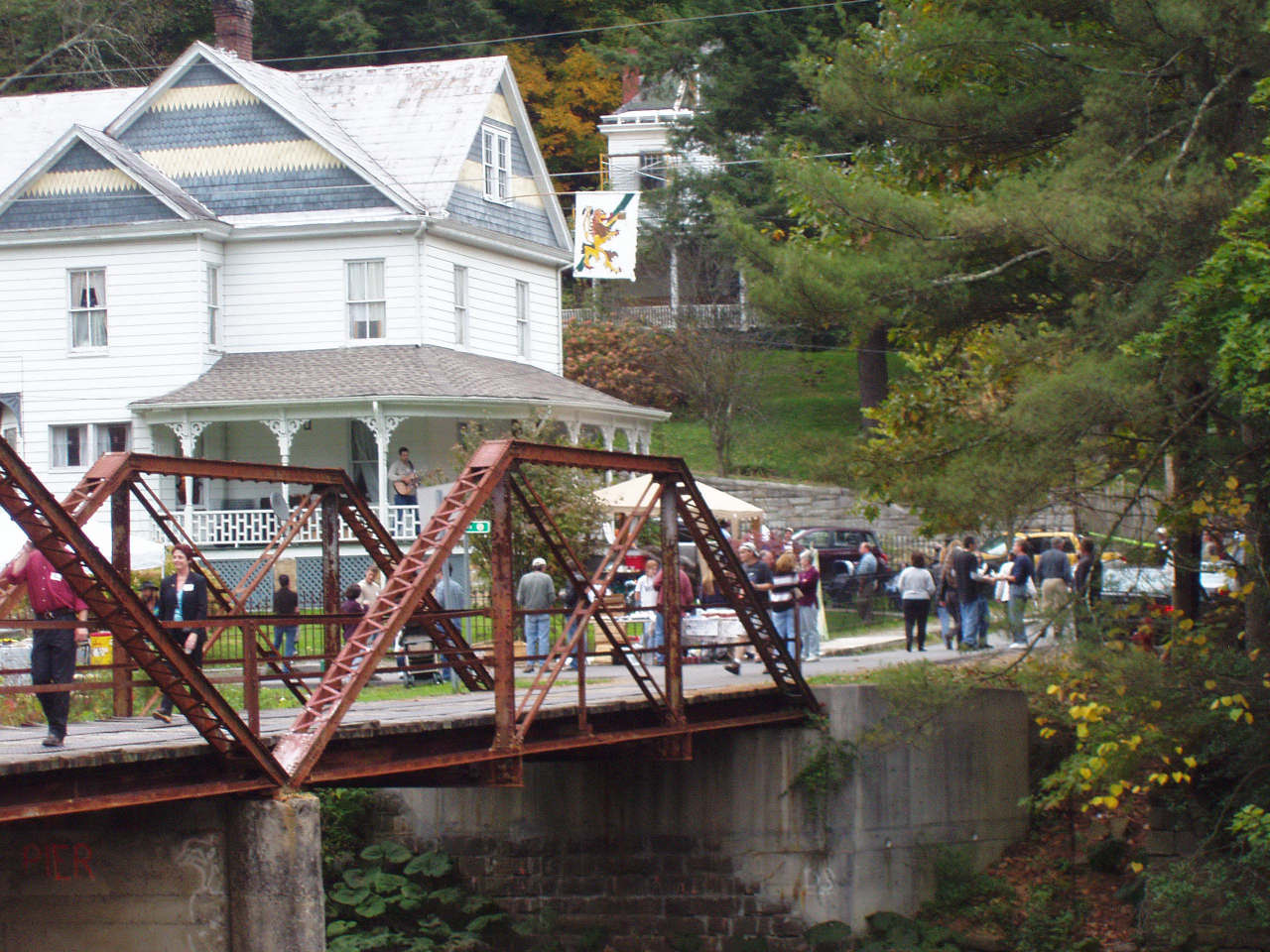 Tiny Bramwell, West Virginia (population 400), could have faded away like many nearly abandoned coalmining towns, but chose to revitalize its community by preserving its heritage. It has been listed in the National Register of Historic Places since 1983, has an active Landmarks Commission, and recently passed a design review ordinance.

In creating one of West Virginia's premier historical attractions, Bramwell citizens have documented and preserved a singular cultural legacy, providing a glimpse into the heyday of the coal extraction industry. In the late 1800s and the early 1900s, Bramwell was home to coal miners, Italian immigrant stone workers, and, in summer, the high society of New York. Mansions built by coal barons were juxtaposed with modest company homes. Bramwell was once known for having the largest number of millionaires per capita of any town in America - even the high school team was known as the "Millionaires!"

Bramwell's historic 1893 Holy Trinity Episcopalian Church, abandoned for nearly 20 years, was acquired by the city in 2003 and stabilized through a combination of State and private funding, donation of services, and volunteer efforts. Its original furnishings have been traced and their permanent loan has been arranged through the Episcopal Bishop of West Virginia.

Restoring the church and its bell tower and retrofitting it to meet accessibility standards will cost $500,000, a huge amount for such a small community. However, Bramwell residents are determined to continue preserving their historic treasures, and have already secured a $100,000 grant through the West Virginia Coal Heritage Trail Association.

Future goals include restoration and interpretation of significant African American resources and acquisition of a theatre and hotel on Main Street. Transportation enhancement funding has enabled restoration of all the historic storefronts on Main Street and the establishment of the Nick J. Rahall Coal Heritage Interpretive Trail information center in a replica of the town's old depot. The Trail is a National Scenic Byway and Bramwell is also a National Main Street Community.

Bramwell works closely with the Mercer County Convention and Visitors' Bureau to encourage heritage tourism. Bus tours arrive all summer and fall to explore Victorian "Millionaire Town" with costumed interpreters. Semi-annual tours of historic homes and buildings attract up to 600 participants, most from out of the area, and several festivals are held each year.

Well-trained local guides also host busloads of West Virginia and Virginia school children, sharing local history through site visits and storytelling. Most historic structures are marked with explanatory plaques, and after viewing a short video on local history at the information center tourists can rent headsets and CDs for an audio tour.