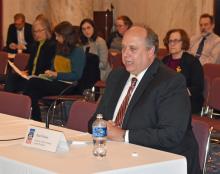 A law was recently passed to require the National Park Service to conduct a special resource study, the first significant step toward creating the first national park to honor a Jewish American. Some of Rosenwald's greatest accomplishments center on his philanthropy that helped thousands of African American students, scholars, artists, writers, and others in the early part of the 20th century. 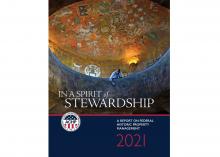 The ACHP produced the report under Section 3(c) of Executive Order 13287, “Preserve America,” which requires agencies with real property management responsibilities to report every three years on progress in the identification, protection, and use of historic properties in federal ownership.

The Advisory Council on Historic Preservation and the U.S. Department of Housing and Urban Development (HUD) announce the call for nominations for the 2021 ACHP/HUD Secretary’s Award for Excellence in Historic Preservation. This joint award honors an outstanding project that has advanced the goals of historic preservation while promoting affordable housing, community revitalization, and/or enhanced economic opportunities for low- and moderate-income families.