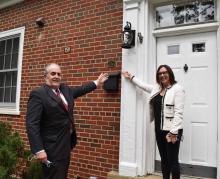 The ACHP has provided requested comments to the Federal Energy Regulatory Commission following its recent termination of consultation regarding the Pearl Hill Pumped Storage Hydroelectric Project in Douglas County, Washington State. In a letter to FERC Chairman Neil Chatterjee, the ACHP recommended FERC deny approval of the project due to its unavoidable adverse

The preservation community had advocated for IRS to take action, and Jorjani in June wrote to Treasury Secretary Steven Mnunchin asking for a one-year extension, saying many historic preservation projects would be unable to meet the previous deadline due to curtailment or stoppage of work due to COVID-19.