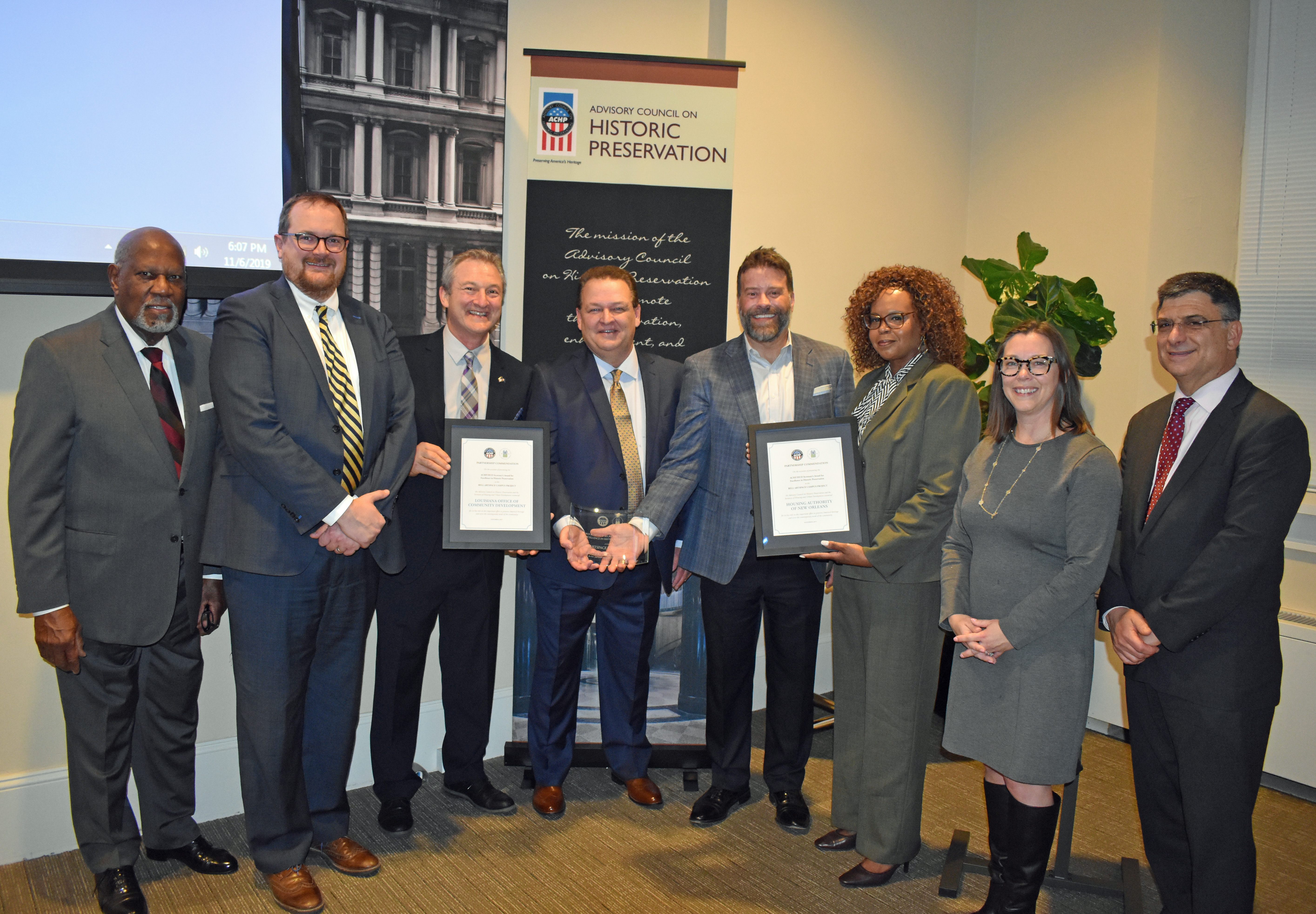 Artspace, the Housing Authority of New Orleans, and the Louisiana Office of Community Development were presented with the award at a ceremony at the National Building Museum in Washington, D.C. on November 6.

The former middle school campus made up of five iconic Gothic Revival buildings, which sat abandoned and deteriorating for a decade after being devastated by Hurricane Katrina, has been repurposed into an affordable place where artists can live, work, and perform. Music, art, and theater are now center stage at Bell Artspace where 115 people live in 79 affordable units, including more than 20 non-artist apartments for people transitioning out of homelessness. In addition, Bell Artspace has 2,000 square feet of space for community, nonprofit, and creative enterprise partners as well as green space.

“Natural disasters like Hurricane Katrina do not have to mean the end for historic buildings like Bell Artspace campus,” ACHP Chairman Aimee Jorjani said. “Through strong community support and valuable partnerships, Artspace was able to preserve the gorgeous historic architecture while creating affordable housing options for the creative sector.”

The campus dates to 1904 when it opened as an all-girls’ school and Sisters of St. Joseph Convent. The school was renamed the Andrew J. Bell Junior High School in 1954 and was sold to the Orleans Parish School Board in 1960. In 2012, Artspace, a nonprofit real estate developer, saw the potential to rejuvenate Tremé’s cultural infrastructure through restoring the Bell campus and advancing the neighborhood’s cultural and ethnic diversity.

"It is an incredible honor for the Bell Artspace Campus to have been selected for this award. These two organizations, HUD and the ACHP, represent the gold standard for affordable housing and historic preservation, respectively,” said Kelley Lindquist, Artspace President & CEO. “It has been our privilege to learn about the history of Tremé and to restore this cultural treasure for the artists at the heart of the community. Many came together to make this dream a reality, and I know all of our partners are equally honored to receive this recognition.”

Ground was broken in 2016, shortly after the 10th anniversary of Hurricane Katrina. The architectural team maintained the integrity of the structure with the guidance of the National Park Service and the State Historic Preservation Office. The project ensured adherence to the Secretary of the Interior’s Standards for the Treatment of Historic Properties, and the Section 106 process yielded a finding of No Adverse Effect.