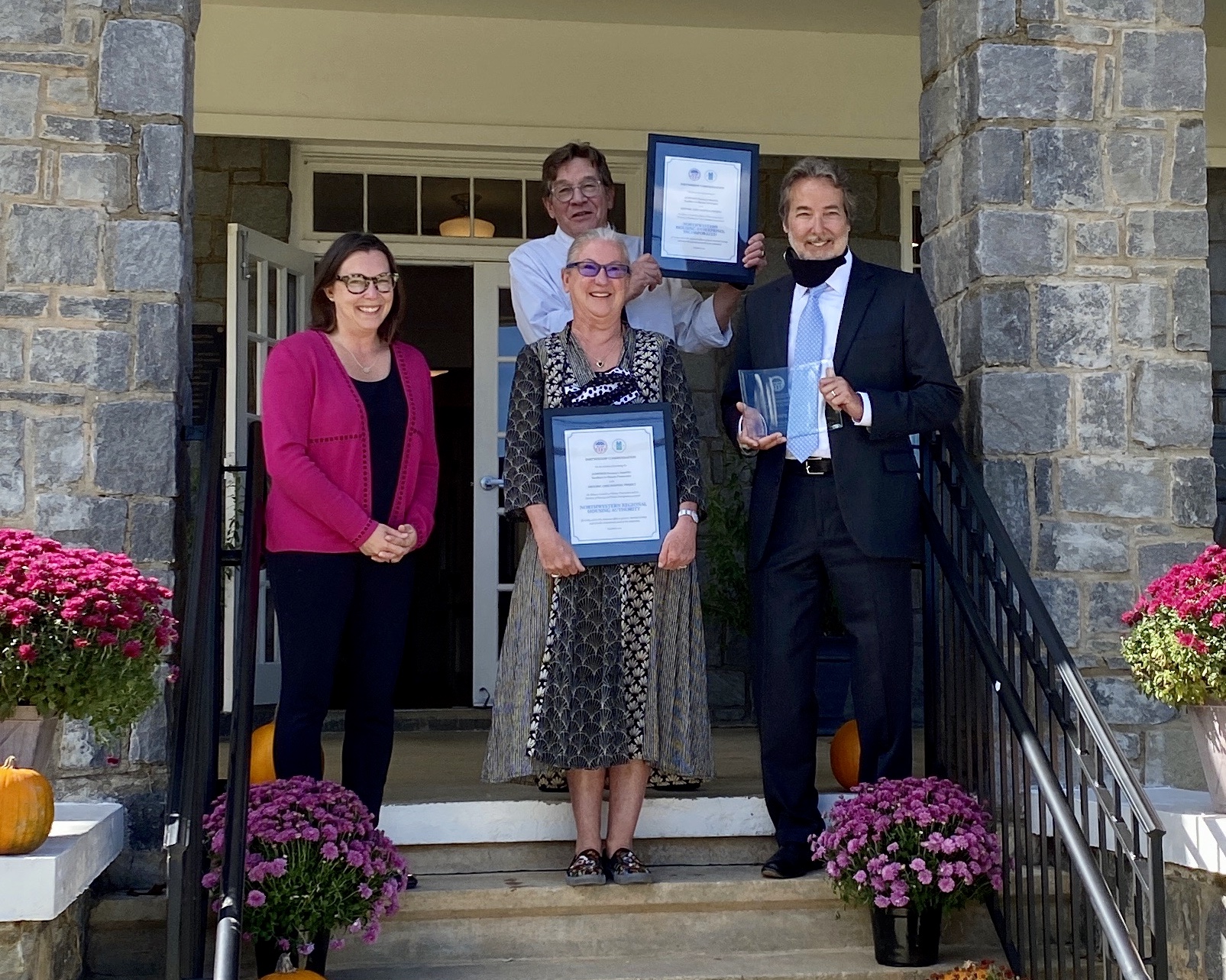 ACHP Chairman Aimee Jorjani presented the award to Donald O. Tise, AIA, Principal of Tise-Kiester Architects, in-person in North Carolina on October 21. The rest of the ceremony took place virtually, with partners joining in to speak about their roles in the project. Elected officials including U.S. Rep. Virginia Foxx, North Carolina State Senator Deanna Ballard, and North Carolina Secretary of Natural and Cultural Resources Susi Hamilton praised the ingenuity of the community and supported their efforts to preserve historic buildings and their own histories.

Historic Ashe Hospital, a building that dates to the 1940s, was recently rehabilitated and opened in the beginning of 2019 with 46 apartments, a mix of studio, one-, and two-bedroom units for low-income senior citizens and people with disabilities. There are 19 units in the historic building and 27 in a new, complementary addition, along with a library, computer room, and three meeting rooms that are available to the community. The front lobby of the historic building features a memory room, displaying artifacts from the old hospital and telling its story.

“Historic Ashe Hospital has deep meaning to the surrounding residents. The whole community joined together to not only save it but utilize the space to provide much-needed affordable housing for senior citizens and those with disabilities,” Chairman Jorjani said. “Throughout the building, the project focused on retaining the historic touches and recognizing it was once a hospital. Many people, organizations, and government agencies saw the value of preserving Ashe Hospital and now, it has become a community gathering place and a home to dozens of people.”

“Historic Ashe Hospital is a prime example of the innovation that comes from public-private partnerships, not only preserving a historic structure but reutilizing it to create more affordable housing for seniors,” said HUD Secretary Ben Carson. “This historic hospital holds a special place in the hearts of the Jefferson, NC community, and it will continue to serve its residents for years to come.”

Ashe Hospital originally opened in 1941 and was the first hospital in rural Appalachian Ashe County. The project was undertaken by the community utilizing the Works Progress Administration, an employment and infrastructure program created by President Franklin Roosevelt to help the country through the Great Depression. After a new hospital was built in 1971, the old hospital building eventually was abandoned and fell into disrepair. Again the community stepped up and saved the building, with the goal of utilizing the now-historic hospital as much-needed housing for senior citizens and people with disabilities.

The transformation of the hospital focused on historic preservation, sustainability, and the use of natural light. Wide hallways, tall ceilings, and large windows remind residents of great public spaces of the past. Windows, doors, and oak floors are original. The hallways look as they did when the hospital was first built; although, some of the interior doors no longer open to a room but remain to preserve the integrity of the original layout of the building.

The project worked to meet preservation guidelines by repairing rather than replacing existing historic windows, restoring exterior stonework, and preserving interior architectural features and finishes, such as baseboards, door casings, and corridor doors. The Section 106 review resulted in a finding of No Adverse Effect.

“Historic restoration has two primary goals: to restore architectural components, giving them new life, as well as maintaining a cultural connection between our past and present,” Tise said. “This project represents the best of both goals. Ashe Hospital points to the historic WPA programs that brought much needed jobs to the community and now in its second life, with the help of HUD subsidies, we are providing much-needed housing for an underserved senior population.”