Preserving the History of the Apollo Moon Program 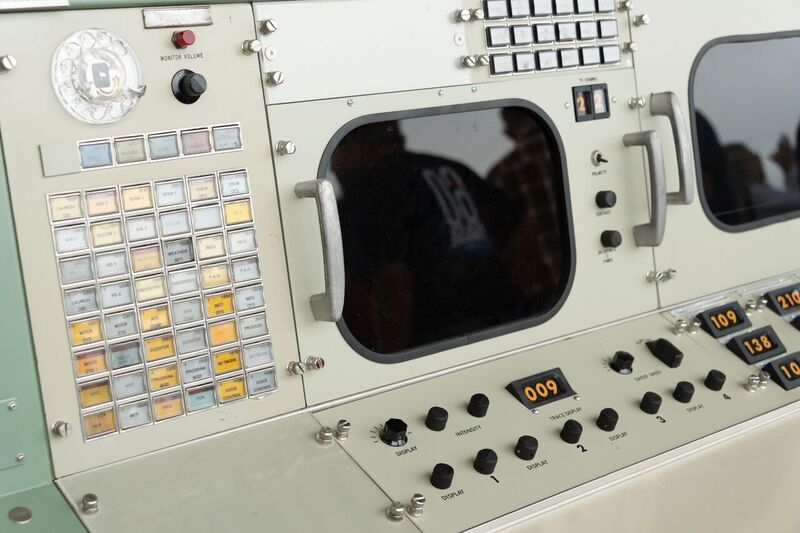 July 20, 2019, marks the 50th anniversary of the Apollo 11 moon landing, the day Commander Neil Armstrong and Lunar Module Pilot Buzz Aldrin landed the Eagle on the moon. To commemorate the anniversary and preserve the unique history of that day, NASA has completed a restoration of the Apollo Mission Control Center (MCC) at Johnson Space Center (JSC) just outside Houston, Texas. On June 28, I will attend a ceremony at JSC to celebrate the completion of the project.

Mission Control has been returned to its late 1960s state, complete with recreations of the center’s original wallpaper, carpeting, and ceiling tiles. The Mission Control consoles are being reanimated and adorned with an array of personal items and replicas of authentic documents to recreate the historic scene setting. The project also included the refurbishing of the visitor viewing room, a dedicated space where family members and VIPs were able to observe mission controllers without disrupting them.

As chairman of the Advisory Council on Historic Preservation, I feel honored to have assisted in bringing the restoration project to fruition by utilizing the ACHP’s funding capability. NASA is not authorized by law to accept private contributions dedicated to specific projects; however, the ACHP may administer donations on behalf of federal agencies for the preservation of historic properties. The $4.1 million in funding for the Mission Control project was privately raised by Space Center Houston, the official visitor center of JSC, owned and operated by a nonprofit organization.

This project is deeply personal to me–from my childhood when I toyed with becoming an astronaut, to the day I watched the moon landing live on a large screen at Disneyland, the space program has had an incredible impact on me. That is why, when I was the California State Historic Preservation Officer, I supported and worked toward placing the approximately 106 objects left behind by Armstrong and Aldrin on the surface of the moon on the California Register of Historical Resources as associated with California’s history. This was the first time a cultural resource not on earth was nominated for such protection.

The quest for moon landing preservation has become a passion for both me and my wife, Laurie. We went on to work with NASA to ensure artifacts left on the moon are protected, resulting in the 2011 Recommendations to Space-Faring Entities: How to Protect and Preserve the Historic and Scientific Value of U.S. Government Lunar Artifacts. (https://www.nasa.gov/sites/default/files/617743main_NASA-USG_LUNAR_HISTORIC_SITES_RevA-508.pdf)

The recommendations are geared toward the next generation of lunar explorers from around the globe, recognizing there could be spacecraft landing on the moon in the future. The document suggests an artifact boundary of 75 meters from the Apollo 11 lunar module descent stage to avoid damaging effects of nearby landers. This was a major step in helping to preserve and protect lunar historic artifacts.

In spite of the recommendations, more needs to be done to ensure the sanctity of the lunar artifacts and other sites and objects of historical value relating to the moon landings. In 2017, two of the people instrumental in the California nomination—Lisa Westwood and Beth O’Leary—and I published a book, The Final Mission: Preserving NASA’s Apollo Sites. The book explores the many training and research facilities and landing sites associated with the Apollo program–both in the U.S. and on the lunar surface–that are in need of protection. It is sad and surprising that many of the sites have already crumbled to ruins. We believe these locations as well as the items and footprints left on the moon are cultural resources and should be preserved.

Just a few years ago, the MCC was assigned “endangered” status and was at risk of being lost forever. Now, in 2019, 50 years since the Apollo 11 moon landing, the MCC is restored and available to the public to learn about the U.S. space program for years to come. Just as I was inspired by the majesty of space and America’s historic leadership, perhaps the experience will inspire a child visitor to the MCC -- saved through historic preservation -- to become the next great space pioneer and take us even farther than the moon.