Marking the 99th Anniversary of Passage of the 19th Amendment, Granting Women the Right to Vote 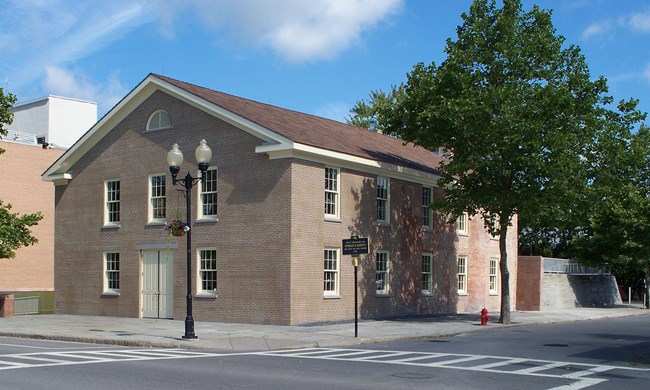 In 1871, Congress designated August 26 as Women’s Equality Day, commemorating the passage of the 19th Amendment to the U.S. Constitution, granting women the right to vote. There are several significant historic sites throughout the U.S. linked to the women’s suffrage movement. Women’s Rights National Historical Park in Seneca Falls, NY, encompasses several historic buildings associated with the first Women’s Rights Convention, July 19 and 20, 1848.

More than 300 women and men attended the convention, at Wesleyan Chapel in Seneca Falls, considered to be the formal beginning of the women’s rights movement. The main organizer of the convention was Elizabeth Cady Stanton. During the two-day convention, a Declaration of Sentiments, authored primarily by Stanton, was adopted and signed by 100 attendees. The document listed the ways the convention goers believed women were disenfranchised in this country and insisted that women have “immediate admission to all the rights and privileges which belong to them as citizens of these United States.” The declaration provided the agenda for subsequent women’s rights activities.

Women’s Rights National Historical Park includes the chapel, Stanton’s home in Seneca Falls, M’Clintock House in nearby Waterloo, where the convention was planned, and various other buildings.

The park seeks to preserve and interpret these nationally significant historic and cultural sites, structures, and events associated with the fight for equal rights for women. The struggle of 19th century women’s rights leaders are an example for those continuing the fight for civil and human rights and equality today.