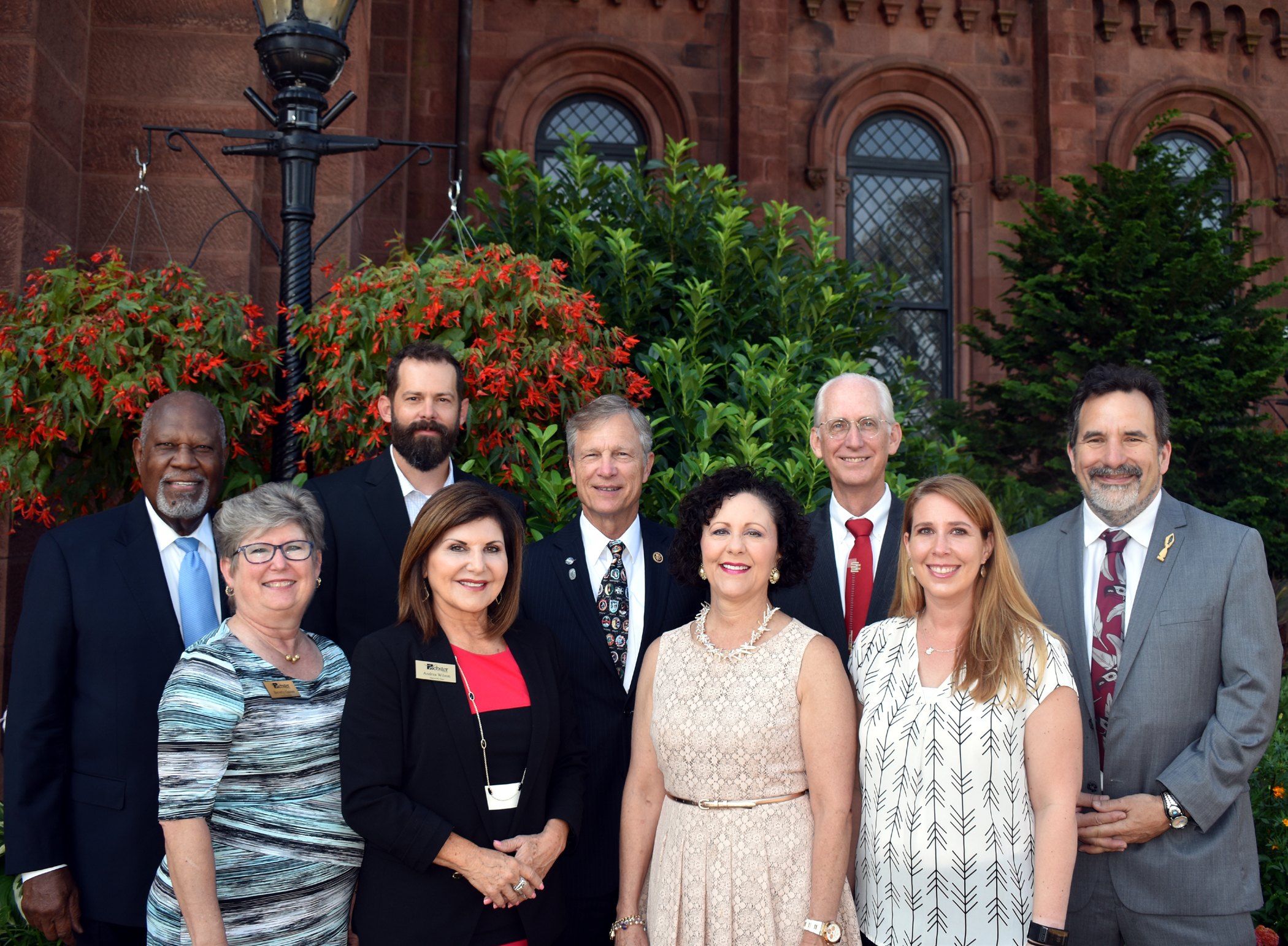 WASHINGTON, DC — A project that restored the historic Apollo Mission Control Center at Johnson Space Center in Houston, Texas, to its late-1960s state was recognized today by the Advisory Council on Historic Preservation with the ACHP Chairman’s Award for Achievement in Historic Preservation.

“Through a unique public-private partnership between NASA’s Johnson Space Center, Space Center Houston, the City of Webster, the Manned Spaceflight Operations Association, and the Advisory Council on Historic Preservation, the Mission Control Center was restored to what it looked like when we sent astronauts to the moon,” Vice Chairman Forsman said. “JSC prioritized historic preservation and recognized not only the historical value of restoring the MCC, but the educational value. This is a huge testament to JSC’s commitment to preserving the past to inform the future–a future that offers much promise and hope.”

The Apollo Mission Control Center (MCC) is where NASA’s flight control team planned, trained, and executed Gemini, Apollo, Apollo/Soyuz, Skylab, and Space Shuttle missions until 1992, including the momentous Apollo 11–the moon landing. Unfortunately, by 2015, the MCC was deteriorating and assigned threatened status by the National Park Service.

An effort to make needed repairs stalled until Apollo and Gemini Flight Director Eugene Kranz, Apollo Flight Controller Edward Fendell, Texas State Historic Preservation Officer Mark Wolfe, Chairman Donaldson, and the National Park Service joined forces, paving the way for the restoration. A renewed and robust Section 106 consultation effort by NASA ensued, resulting in a determination of No Adverse Effect for the project and ensuring the restoration was conducted in accordance with the Secretary of the Interior’s Standards for the Treatment of Historic Properties.

The ACHP assisted with the funding of the project by managing the $4 million raised by Space Center Houston and the City of Webster, Texas. NASA cannot accept public donations that have a targeted purpose, but through provisions in the National Historic Preservation Act, the ACHP has the flexibility to accept donations and designate the funds for specific historic preservation projects.

The restoration of the National Historic Landmark MCC was a joint venture of Johnson Space Center, Space Center Houston, the City of Webster, and the Manned Spaceflight Operations Association. The idea was to recreate the scene back in 1969 down to the last detail–the carpet, wallpaper, and ceiling tiles were replicated; the modules in the refurbished original consoles were configured to harken back to Apollo. Even original chairs, ash trays, bookcases, and trash cans were either obtained or reproduced.

The MCC restoration project exemplifies the benefits of a federal agency developing and fostering partnerships with non-profit organizations for the preservation and treatment of historic properties as well as the utilization of the ACHP’s donation authority for federal preservation initiatives. The project highlights the importance of consulting party involvement in the Section 106 process. Through the engagement of all parties, NASA was able to develop, consult on, and implement a preservation project that will allow the Apollo MCC to be enjoyed for generations to come.

The ACHP has worked closely with NASA on its historic preservation efforts since the National Park Service’s 1984 Man in Space National Historic Landmark Theme Study. Highlights of this relationship include the following:

The ACHP Chairman’s Award for Achievement in Historic Preservation recognizes projects, programs, or policies that make significant contributions to historic preservation in conjunction with a federal entity or property. This award also acknowledges noteworthy accomplishments in the promotion and advancement of the current Administration’s goals with respect to cultural and natural heritage resources and historic preservation, especially those which add benefit for the federal government and the public.