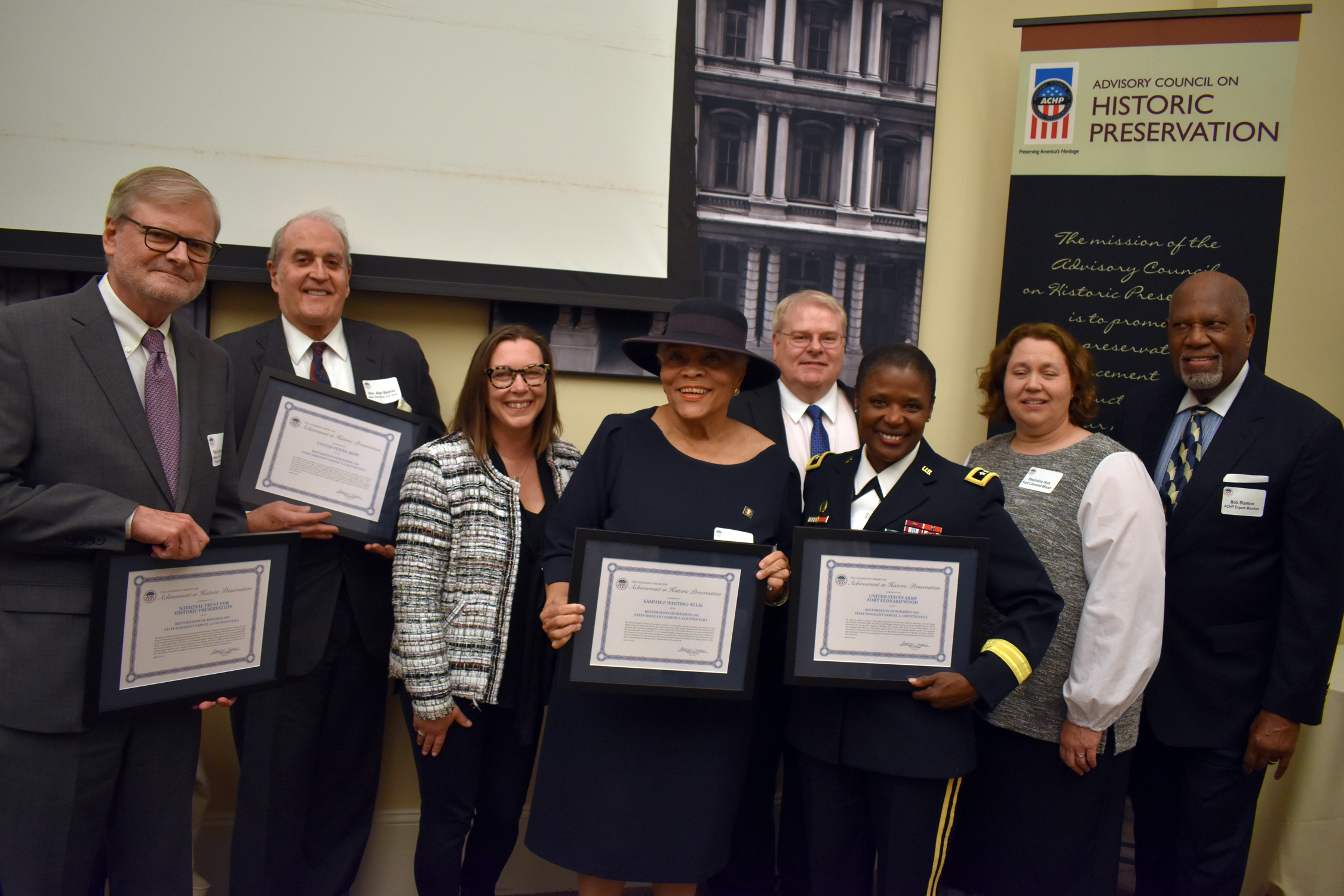 Chairman Jorjani presented the award to Alex Beehler, Assistant Secretary of the United States Army and Major General Donna W. Martin, Fort Leonard Wood Commanding General, during a ceremony at a reception during the ACHP’s business meeting at the National Building Museum in Washington, DC.

“There was an enormous outpouring of support for preserving one of only two remaining black officers clubs so that the story of African American soldiers during a time of segregation could be told to future generations,” Chairman Jorjani said. “The United States Army worked with federal, state, and local partners, as well as individuals with family ties to the historic building. We honor the U.S. Army’s commitment to preservation and applaud the efforts of the partners to bring this project to fruition.”

The rehabilitation of Building 2101, now dedicated as Staff Sergeant Samuel A. Countee Hall, was completed in 2019 after a successful Section 106 historic preservation review that involved the ACHP, U.S. Army, Missouri State Historic Preservation Officer, National Trust for Historic Preservation, Pulaski County and Rolla NAACP, Missouri Preservation, and Sammie Whiting Ellis, SSG Countee’s niece. Through this collaboration, a compatible long-term use was found for the building.

SSG Countee, of the Army Service Forces Training Center 436th Engineer Dump Truck Company, was a well-known artist who was drafted into the Army in 1942. He trained and was stationed at Fort Leonard Wood. While there, he painted a mural in the Black Officers’ Club, which is a central point in the building to this day.

The Army originally considered removal of the mural and complete demolition of the building before the Section 106 process. The consulting parties were adamantly opposed to demolition, and the Army eventually decided to convert the building into classroom and meeting/social space, conserving the mural, and making needed repairs. The building is now one of the last few tangible pieces of the segregated Army history.