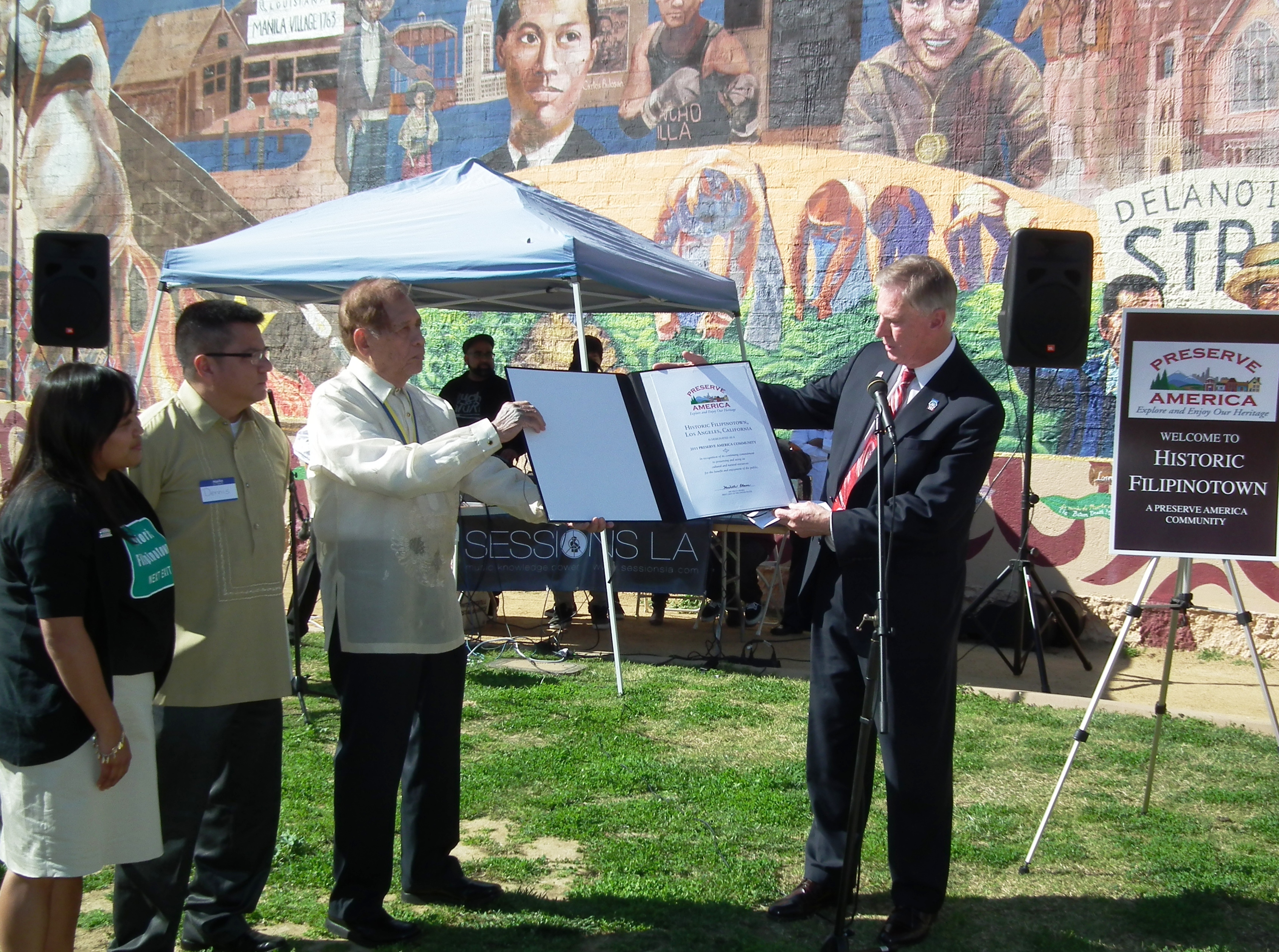 Community leaders and officials received the designation certificate at ―Preserving Historic Filipinotown: A Celebration,‖ held at Unidad Park. The park is home to a large mural depicting Filipino American history and culture.

"I am proud to welcome Historic Filipinotown as the newest addition to our 872 Preserve America Communities nationwide, and the 36th in California," said Donaldson, who is also the California State Historic Preservation Officer. "Our state leads the country in having historic neighborhoods that represent the rich diversity and heritage of our nation become Preserve America Communities."

Among the heritage assets that helped Historic Filipinotown gain Preserve America Community status are seven sites designated by the City of Los Angeles as Historic Cultural Monuments, the annual Historic Filipinotown Festival, tours in a restored jeepney (a traditional taxi made from a WWII jeep, which give visitors and residents a better understanding of the cultural history of the neighborhood), the nation’s only Filipino American World War II Veterans Memorial, and programs involving youth in preserving local history and culture.

"Achieving Preserve America Community status is a tremendous accomplishment and source of much pride for our community. It recognizes the contributions of Filipino Americans to not just Los Angeles, but the nation as a whole. It also represents a broad range of Historic Filipinotown residents, businesses, organizations, elected officials, and other stakeholders coming together to make the designation possible," said Dennis G. Arguelles, director of Program Development for SIPA.

The Preserve America Community program recognizes municipalities, Tribal communities, and historic neighborhoods within major metropolitan areas, which use their historic resources in sustainable ways and share their stories with residents and visitors. Applicants that meet program criteria are designated by the White House.