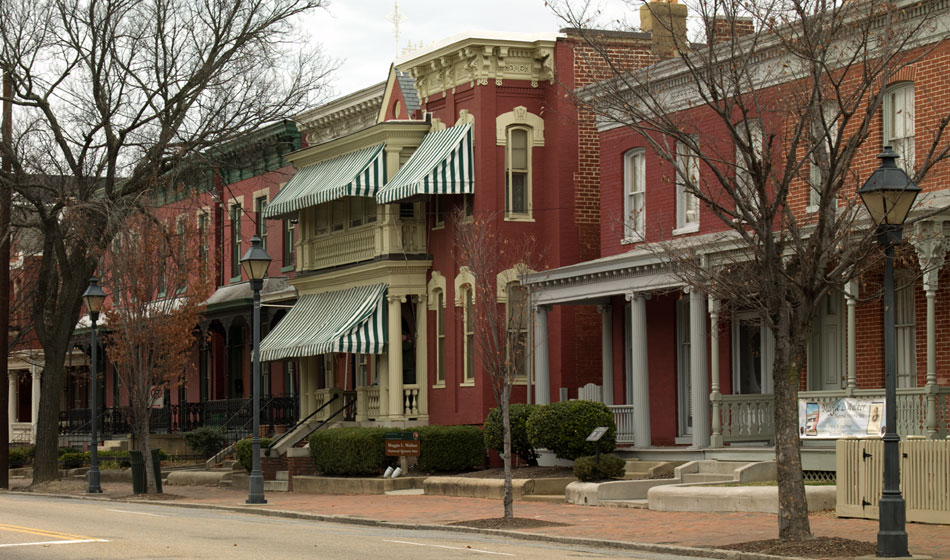 Walker devoted her life to civil rights advancement, economic empowerment, and educational opportunities for Jim Crow-era African Americans and women. She was the first black woman in the United States to found a bank, and she also founded the St. Luke Herald newspaper. She was Grand Secretary for the Independent Order of St. Luke, which provided insurance and contributed to the growth of more independent and autonomous black communities. Overall, she served as an inspiration of pride and progress for her community until her death in 1934.

Her home on Leigh Street was built in 1883 by local black builder George Boyd. It originally had just five rooms. However, by 1928, it had grown to 28 rooms, and even included a carriage house and an elevator. Although she had a husband, Walker purchased the house on her own in 1904 and commissioned all of the renovations herself. Most of the furniture remaining in the house is original family furniture, and the unique architecture and the furniture help provide insight into Walker’s life and the world in which she lived.

When Walker died, her daughter-in-law lived in the house until 1971. Then, in 1978, Walker’s granddaughter Maggie Laura deeded the property to the National Park Service, now the Maggie L. Walker national Historic Site. Today, Walker’s home is preserved as a tribute to her enduring legacy of vision and determination. Usually, guided walking tours are available to see the home and connect personally with the past. However, during the pandemic, an extensive virtual tour is available through the Museum Management Program of the National Park Service.