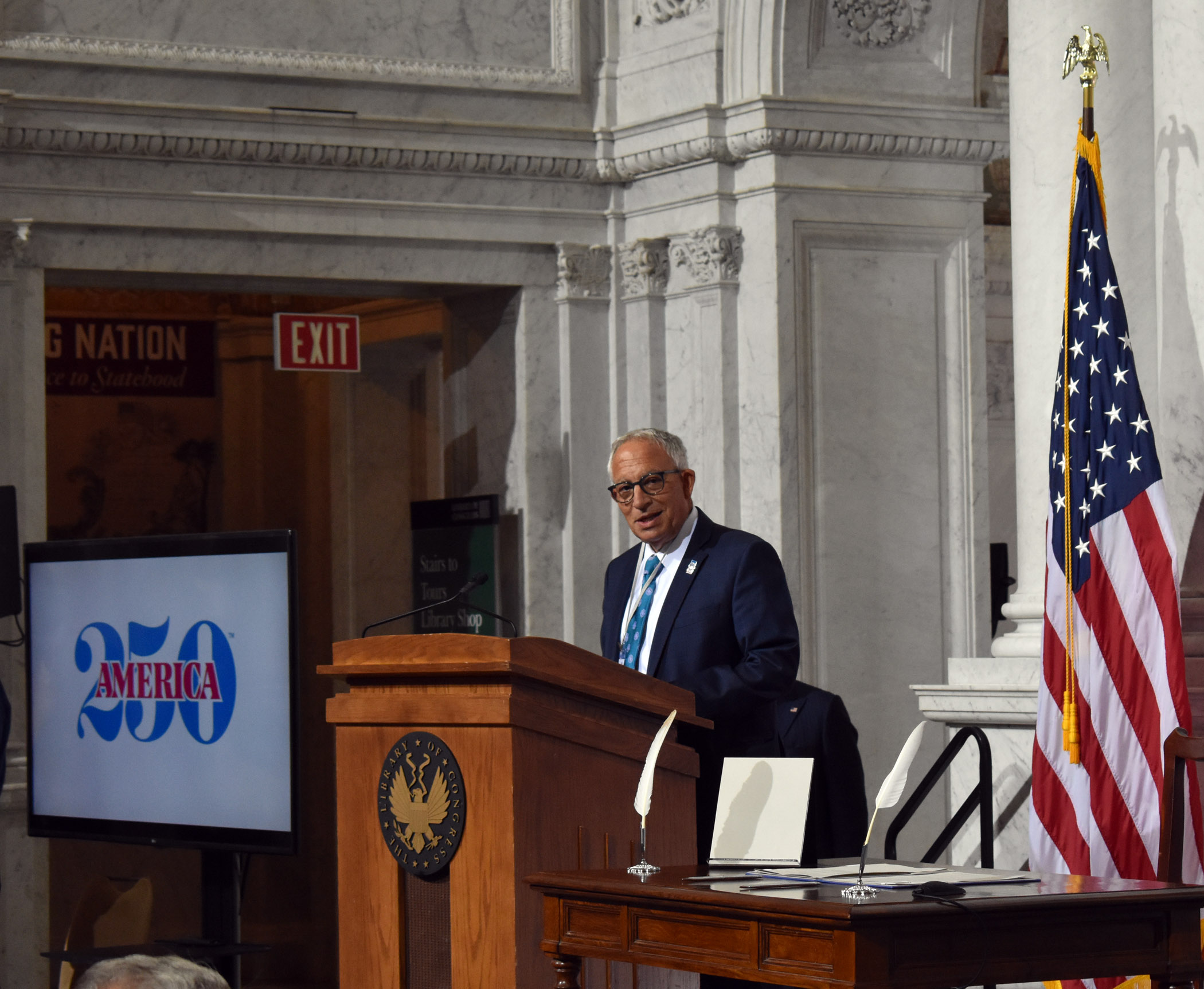 Washington, D.C. – ACHP Vice Chairman Jordan E. Tannenbaum, acting as ACHP chairman, signed an agreement with America250, the nationwide commemoration of America’s 250th anniversary in 2026 led by the U.S. Semiquincentennial Commission at a ceremony today at the Library of Congress. The ACHP was one of 20 federal agencies to sign the agreement supporting activities marking 250 years of American independence.

The signing ceremony took place 245 years to the day that 56 members of the Second Continental Congress started signing the Declaration of Independence.

“The opening words of the National Historic Preservation Act of 1966 say, ‘the spirit and direction of the Nation are founded upon and reflected in its historic heritage,’ ” Tannenbaum said in his remarks during the ceremony. “It is the ACHP’s distinct pleasure to help you highlight the important role historic preservation has played in the first 250 years of development of this nation.”

The congressional legislation which created the Commission outlines, among other things, that “Federal agencies shall cooperate with the Commission in planning, encouraging, developing, and coordinating appropriate commemorative activities.” As such, federal partners for America250 will each work collaboratively to plan and create signature programs and activities that tap into the wealth of knowledge, historic assets, and tangible touchpoints comprising some of the country’s leading cultural institutions and organizations.

America250 federal partners include the following:

“Each of our federal partners offers unique and important perspectives on the shared histories and individual stories that have helped shape our nation,” Daniel M. DiLella, chairman of the U.S. Semiquincentennial Commission said. “We look forward to working collaboratively with them to create and support initiatives that capture the imaginations of our fellow Americans and inspire them to get involved.”

Specific plans to support America250 will be announced by each agency in the coming months and years.

America250 is a multiyear effort to commemorate the semiquincentennial, or 250th anniversary, of the United States. The purpose of the U.S. Semiquincentennial Commission, created by Congress, and the corresponding America250 Foundation, is to catalyze a more perfect union by designing and leading the most comprehensive and inclusive celebration in the country’s history. America250 represents a coalition of public and private partners all working to create initiatives and programs that honor the first 250 years and inspire Americans to imagine the next 250. The commemoration period began in 2020, culminates on July 4, 2026, and officially concludes in 2027. For more information visit www.america250.org and Facebook, Twitter, Instagram, and TikTok.