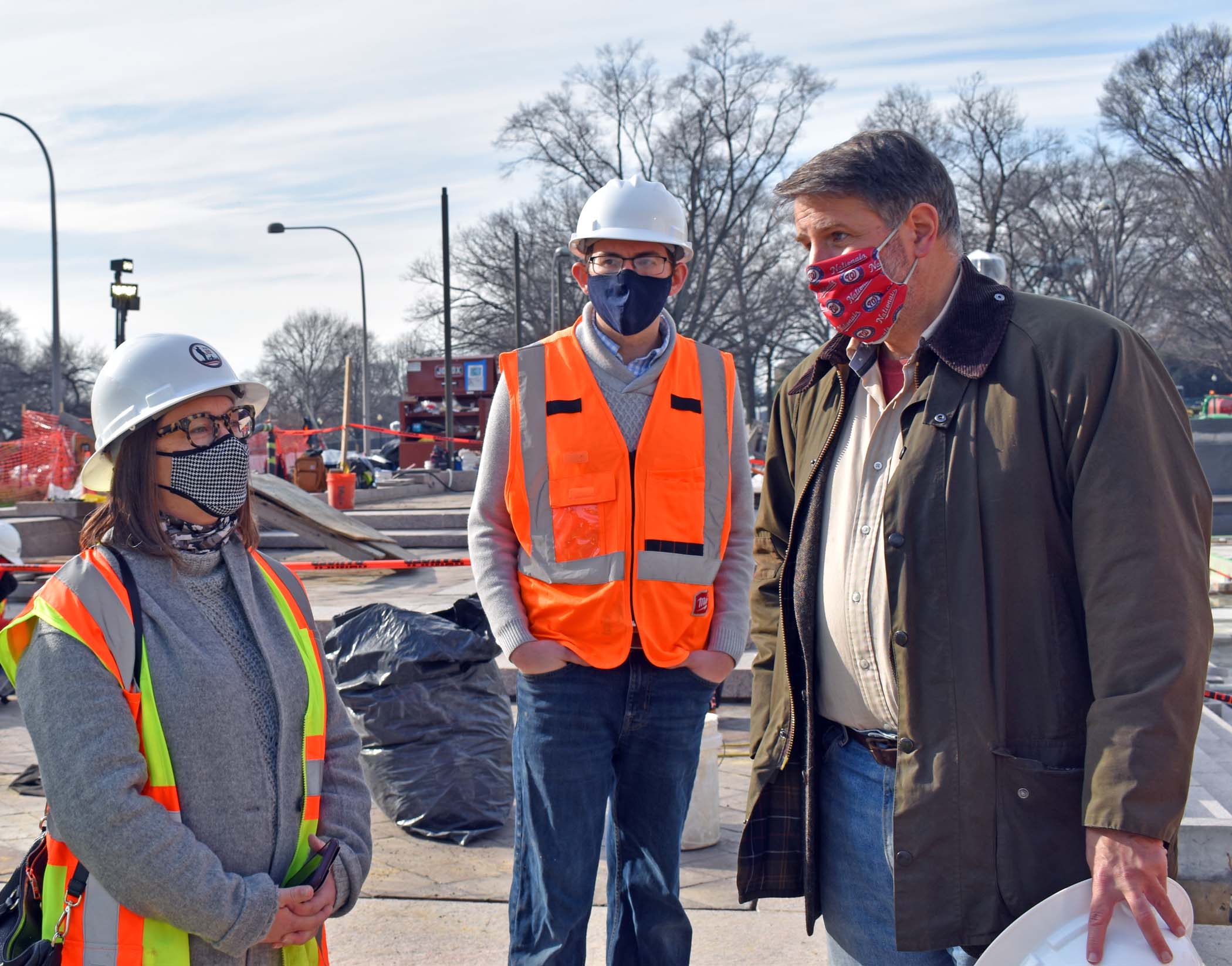 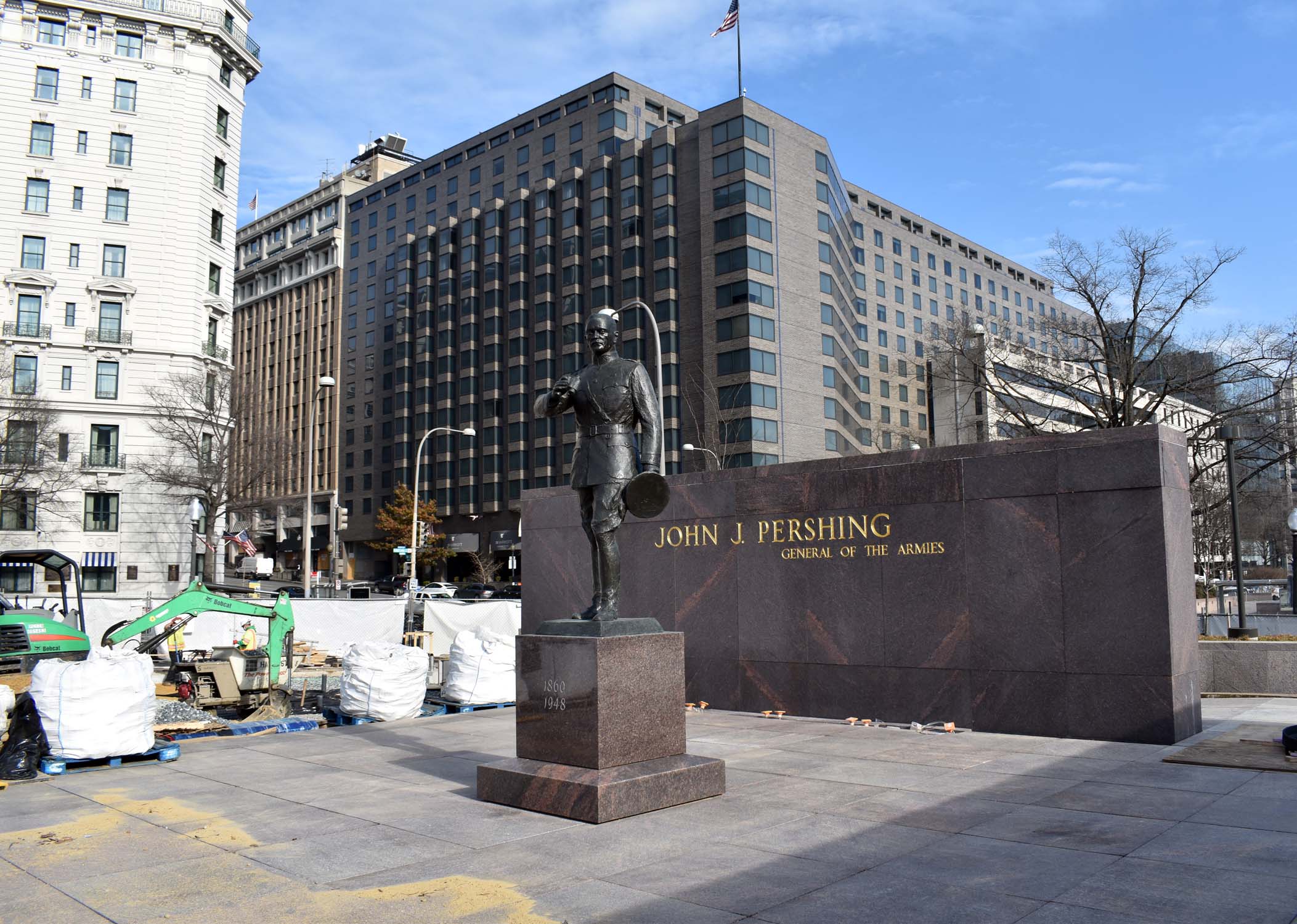 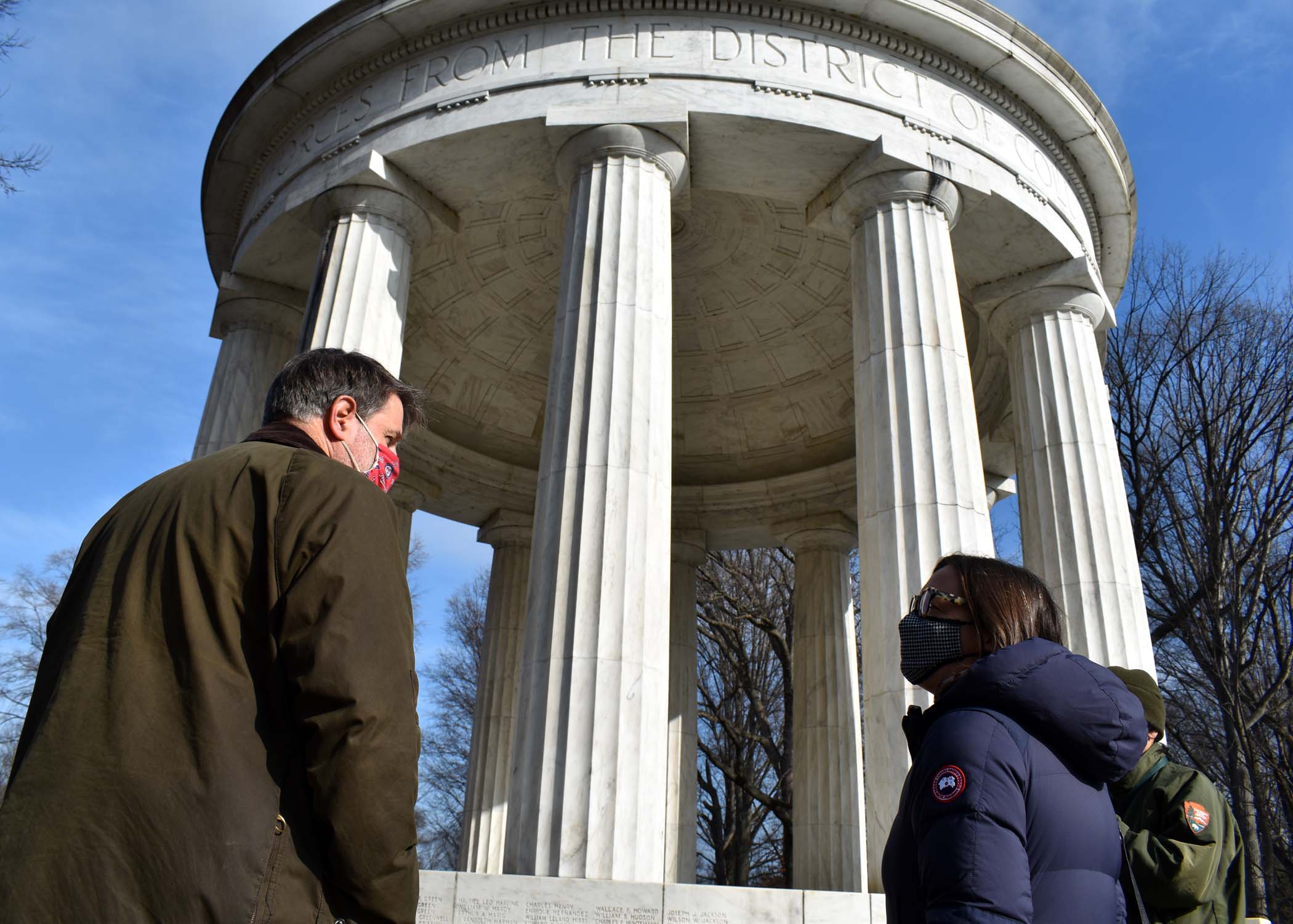 Advisory Council on Historic Preservation Chairman Aimee Jorjani today toured the site of what will be the National World War I Memorial in Washington, D.C. Located in Pershing Park one block from the White House, the memorial is expected to open to the public in April 2021. Of the four major wars of the 20th century, World War I is the last to have a national memorial in the nation’s capital.

Pershing Park, a memorial to General John J. Pershing, commander of American forces in World War I, was redesignated as the site of the National World War I Memorial through legislation signed by President Barack Obama, as part of the U.S. World War I Centennial Commission activities.

The tour was led by Edwin Fountain, general counsel for the American Battle Monuments Commission, who had the idea for the memorial. At first, he thought the DC War Memorial on Independence Avenue might be expanded from honoring only District of Columbia World War I dead to become the national memorial, but the process led them to Pershing Park.

The existing memorial to General Pershing will remain, and the park will include a water feature and a statue wall to honor those who fought in the war. The site is being made more accessible and will have many interpretive signs to educate the public about World War I.

The project successfully underwent Section 106 historic preservation review. A Memorandum of Agreement was signed, and adverse effects were mitigated.