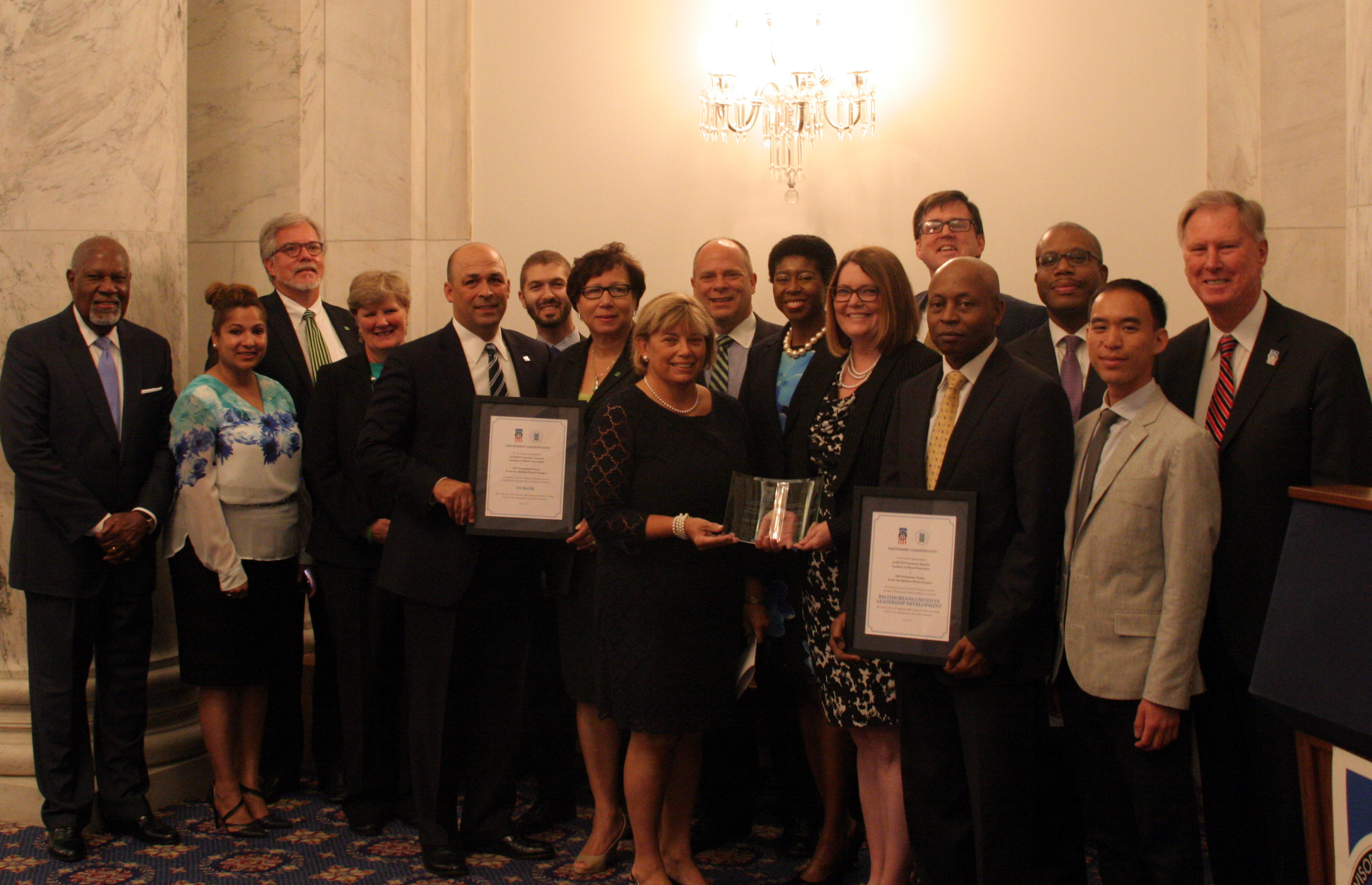 “This is a great example of the power that comes from a public-private collaboration, not just to rehab a few homes, but an entire neighborhood,” said HUD Secretary Ben Carson.  “This project serves as a model of how to rebuild our aging infrastructure in cities, and I’m proud to partner with the Advisory Council on Historic Preservation to recognize the East Baltimore Historic II project. It’s not only honoring the historic character of Charm City, but also offering new economic opportunities to families.”

The project emerged from a larger redevelopment plan for East Baltimore created by TRF and BUILD, a community partner that includes more than 20,000 residents. Their joint plan followed two planning efforts, begun in 2004, in partnership with the City of Baltimore and the Maryland Department of Housing and Community Development. The plan called for homeownership and rental redevelopment production to achieve the quickest possible sustainable reoccupancy of long-vacant units in the Broadway East and Oliver neighborhoods of Baltimore, with minimal use of public subsidy.

From late 2014 through early 2016, TRF fully rehabilitated 32 vacant rowhouses and two mixed-use buildings on two city blocks. The resulting housing units are income-restricted and affordable to people earning 50 to 80 percent of the Area Median Income.

East Baltimore Historic II was also developed so as to make use of federal historic tax credits, and therefore the design and scope of work for all properties were submitted to the Maryland Historical Trust and National Park Service for review. Each rehabilitation was thoroughly documented prior to the work, and each house retained the historic footprint and existing fenestration patterns; retained or carefully replicated existing historic features; and, where appropriate, alterations were approved. The result is that the two-block renovation still retains the character of the historic district.

HUD funding allowed TRF to provide the neighborhood and its residents with a neighborhood coffee shop, CUPs Coffeehouse and Café, which in turn has enabled a workforce development program for at-risk teens and young adults. The availability of HUD funds allowed the retail space to achieve a basic commercial buildout without carrying any permanent debt.