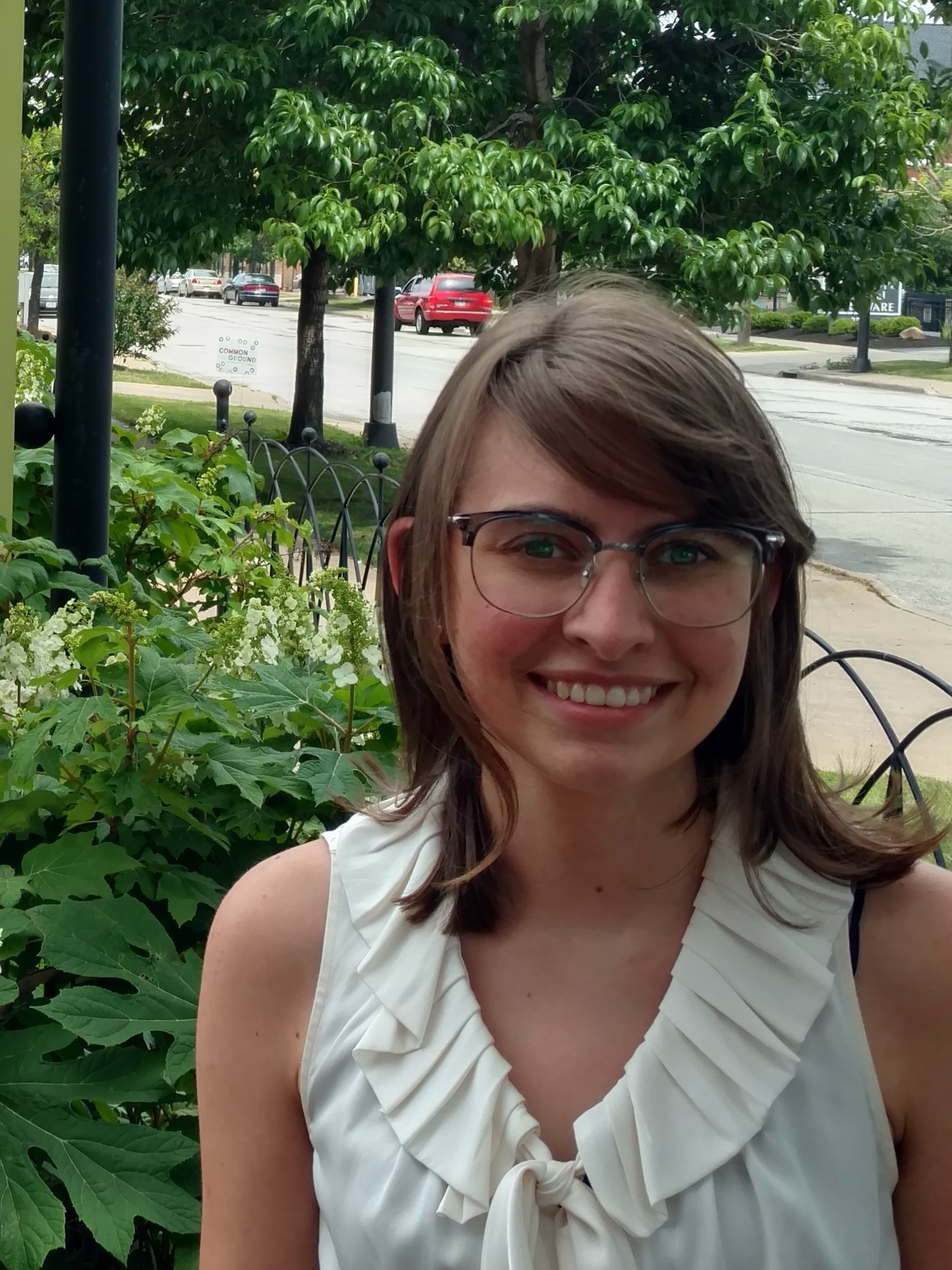 Carolyn Gimbal is currently a Master’s candidate in Historic Preservation Planning at Cornell University and an intern with the Cleveland Restoration Society, a historic preservation non-profit in Ohio. She was raised in Union City, New Jersey, though has been living in Wilmington, North Carolina, for the past 15 years. Her bachelor’s degree is in Anthropology, concentrating in Archaeology, from Appalachian State University in Boone, North Carolina. She has previously worked as a field archaeologist on compliance projects throughout North Carolina. Her current research interests include adaptive reuse and the impact of development and growth on historic and archaeological resources.

What led you to your field?
I finished my bachelor’s degree in 2015. I knew I liked field work, and I knew I wanted to understand how non-archaeologists and the general public engage with professionals, but didn’t quite understand how I could nurture my more community-centered interests while also working a traditional cultural resource management job. I also didn’t feel ready to commit too quickly to the rigor of a graduate degree. I took time to keep doing field work and to weigh my options, eventually deciding to pursue a Masters in Historic Preservation Planning from Cornell University. I decided to study historic preservation because the field is broad enough that I can still engage with the things I learned as an archaeologist, while learning more about what encourages communities of varying scales to engage with history and build an identity through the built environment.

How does what you do relate to historic preservation?
As a current master’s student, I’ve spent the last academic year learning the nuances of historic preservation as it is practiced in the United States, but also trying to experience as much as I can while in school. I’ve taken courses such as American architectural history, measured drawing, building materials conservation, and historic preservation law. I’ve participated in a local architectural survey, an adaptive reuse design project, and preservation trades workshops. I’m currently interning at a nonprofit in Cleveland, Ohio, called the Cleveland Restoration Society, and I anticipate graduating in May 2019.

Why do you think historic preservation matters?
Personally, I’m equally motivated by the community and environmental benefits of historic preservation. Historic places contribute to the identity of a community, so they deserve to be protected to prevent damaging something that promotes group unity. I also think that as more people are accepting the reality of climate change and aiming to reduce waste through lifestyle changes like not using plastic straws and bringing reusable bags to the store, we can’t ignore the even greater amount of waste generated by the careless demolition of older buildings that have potential to be reused.

What courses do you recommend for students interested in this field?
Beyond taking an introductory course to become familiar with the history of the historic preservation movement and the preservation standards that have been established by federal entities, I think a course or exercises in public speaking and community engagement methods will prepare students for speaking with a variety of different people on the subject of historic preservation in their community.

Do you have a favorite preservation project? What about it made it special?
Not a specific project, but my favorite projects I’ve been involved with over the past year have involved going outside of my academic community to assist with preservation-related projects in Ithaca and other towns in New York, so I actively seek out opportunities for that. It has been interesting for me to compare what I’d known and observed in North Carolina with what I’m doing at school in New York and in Ohio, because every state operates a little differently. The opportunity to experience how preservation is practiced in a new setting was also part of what drew me to Cleveland for the summer.

Can you tell us what you are working on right now?
Right now I’m an intern at the Cleveland Restoration Society, a regional historic preservation non-profit. I mostly assist with their Preservation Services program. My first project is writing the National Register nomination of the home of Levi Scofield, a regionally prominent architect in late 19th century Cleveland. He designed the Soldiers’ and Sailors’ Monument in Public Square in downtown Cleveland and the Ohio State Penitentiary in Mansfield, to name a few of his contributions. His home was built in 1898 of sandstone in the Queen Anne style, which is very unusual. The house is currently vacant, so everyone who has been involved with protecting the Scofield Mansion from demolition for the past few years is excited to get the property listed so that its rehabilitation can utilize federal historic tax credits. My second project involves researching the African American architects of the Myrtle-Highview district in the Lee-Harvard neighborhood. The district includes single-family homes built in the 1950s by African American developers to address the shortage and low quality of housing options available to the emerging African American middle class in Cleveland after World War II. I have been writing biographies of some prominent builders, developers, and real estate brokers, such as William Woodridge, Rufus Ranaldson, and Albert Taborn in order to identify other homes outside of the Myrtle-Highview district built by these men and document them in the Ohio Historic Inventory system.

How do you think national historic preservation programs help your community?
The support national programs bring to local preservation efforts is valuable for their broad platform. When a property earns a place on the National Register of Historic Places, it’s likely to gain that same recognition at the state and local levels where it can be protected more substantially by the people who may live near or own such properties.

Do you have any advice for novice preservationists?
So many preservation advocacy issues are addressed through grassroots campaigns and concerned citizens, who are not necessarily preservationists. The best advice I can give while still being novice myself is to see what’s out there and react to the preservation issues with others in your community.

The ACHP’s mission is “preserving America’s heritage;” can you give us an example of how your community is preserving its heritage?
Residential developments that gained significance through the 1950s and 1960s are still underrepresented in our local, state, and national registers of historic places—as districts and as individual listings. I think the attitude is changing, and more people are recognizing how important neighborhoods like the Myrtle-Highview district are to the social history of America, where African Americans are wrongfully left out of the bigger picture too frequently. This is also a really critical time to document these places because many of the original builders and owners may still be active members in those communities, so there’s a small window of opportunity to hear about what life was like from the people who lived it.

How did you get involved with the Cleveland Restoration Society?
My program has been sending one preservation intern to the Cleveland Restoration Society for the past three years through the Joe Keithley Professional Bridging Fellowship, which aims to connect emerging planning professionals from Cornell and the University of Michigan with internships at various nonprofits in Cleveland. I had never been to Cleveland, but knew I wanted to gain the experience of working for a nonprofit with a long-established relationship to the community they serve. This experience has made me become very familiar with Cleveland as a city in a very short amount of time, and I’ve really enjoyed having such an immersive experience with a place.

What lessons have you learned about working at a non-profit preservation organization?
I’ve learned that it takes more than just the staff to support the mission of a preservation-oriented non-profit. The Cleveland Restoration Society’s mission is supported by donations of labor and time from so many other organizations and companies in Cleveland.

What advice can you give to those working on a National Register of Historic Places nomination?
I’ve found looking at other accepted nomination forms inspirational for understanding what I need to write and the writing style used by preservation professionals in the architectural description and significance narrative portions of the form. I am doing the majority of the writing for the Scofield Mansion nomination on my own, but I still like having my work proofread multiple times by someone else.