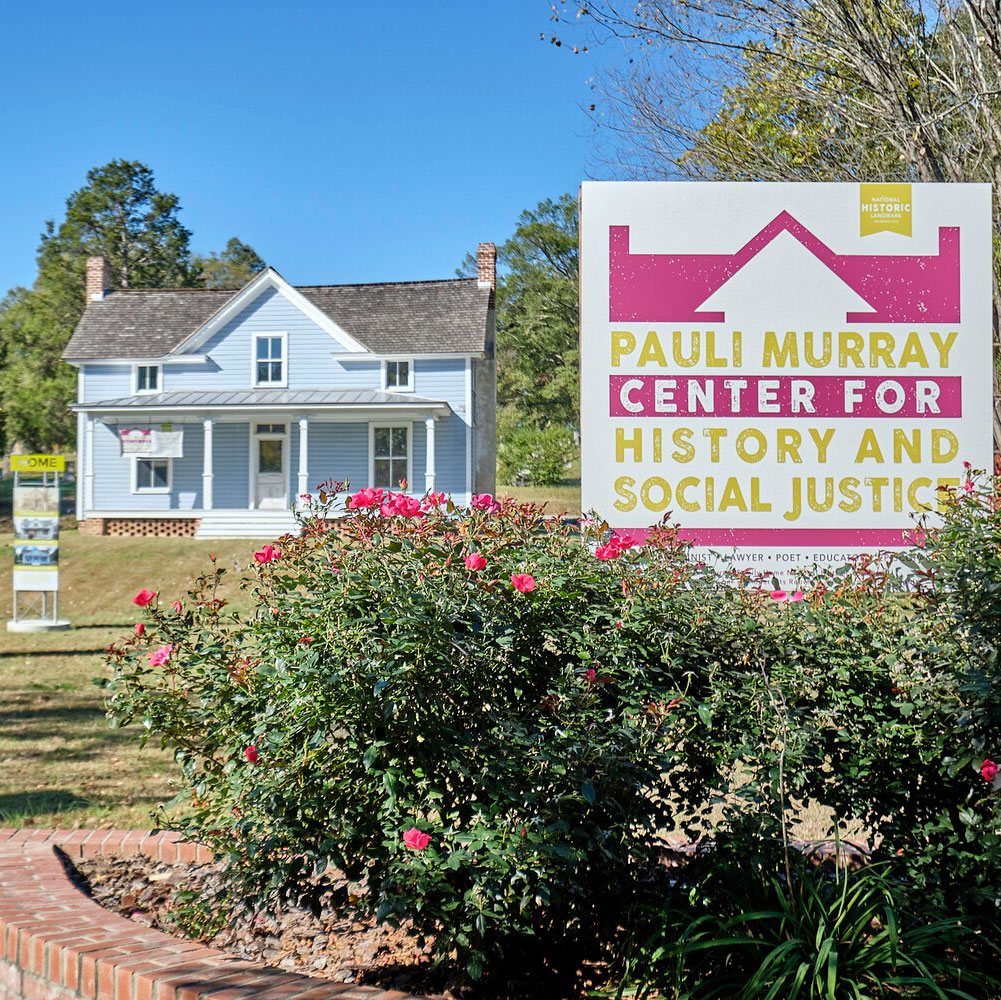 Pride Month celebrates the many diverse figures in Lesbian, Gay, Bisexual, Transgender and More history and appreciates the fullness of their contributions to our lives. To commemorate LGBT Pride month, the ACHP is highlighting the Pauli Murray Center for History and Social Justice. Located in Durham, North Carolina, this museum and National Historic Landmark is dedicated to the life of an LGBTQ activist whom many have called an unsung and underappreciated hero of the Civil Rights Movement.

Pauli Murray was born in Baltimore in 1910 to a middle-class African American family. An accomplished author, she wrote of her family in her most famous book: Proud Shoes: The Story of An American Family.

She began her education at Hunter College in New York City and later studied at Howard, UC Berkeley, and Yale where she was among the first African Americans to earn a Doctor of Jurisprudence degree. Murray is perhaps most well-known for founding the National Organization for Women with other early feminists in 1966 and her numerous contributions to civil rights policy. In 1961, President John F. Kennedy appointed her to the President’s Commission on the Status of Women’s Committee on Civil and Political Rights with other famous civil rights leaders. Just 10 years later, then-attorney Ruth Bader Ginsburg cited Murray’s work with the American Civil Liberties Union in one of her first briefs to the Supreme Court. In 1977, Murray became the first black woman to become an Episcopal priest in the U.S. She died in 1985.

Murray is notable for her work in bridging the divide between civil rights activism, which focused primarily on racism, and women’s rights activism, which focused primarily on women, largely because these movements often left out so many identities, including her own. Murray’s sexuality has been discussed for decades by scholars. She pursued and was denied gender-affirming healthcare in the 1930s and 1940s and often wrote about her own transmasculine and gender fluid identities in a time where identifying outside of a heterosexual norm was dangerous and illegal.

The Pauli Murray Center for History and Social Justice is based in Murray’s childhood home, which was built in 1898. Murray spent much of her youth there with her grandparents, which inspired her 1956 book. According to its website, “The Pauli Murray Center will be a leader and model to other communities who want to know, share, and lift up the accomplishments and struggles of women; people of color; and trans, non-binary, and queer folks in their communities and beyond.”